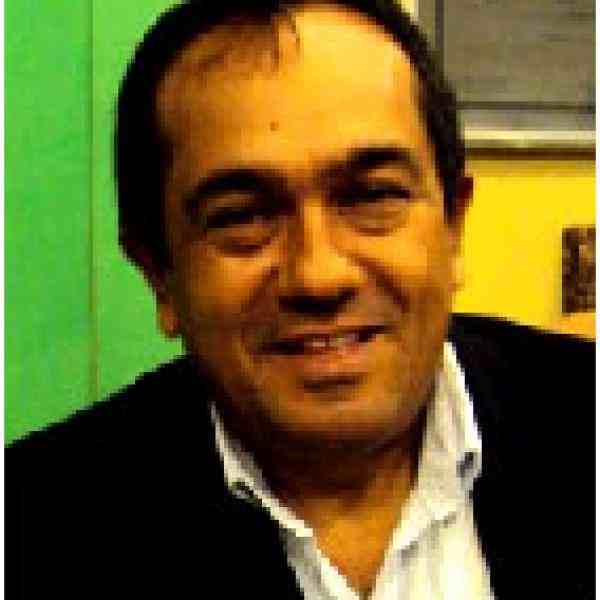 José Dias is empowering small farmers in Northeastern Brazil to collectively manage and appropriate resources for drought-resistant technologies. His model aims to break the dependence of small-scale farmers on government support by providing them with sufficient autonomy to invest in new infrastructure and appropriate technology as they see fit.

Despite increasing attention on the need for appropriate technologies, most government- led efforts to combat drought, including a widely publicized effort to install a million new cisterns across the region, have met limited success. Hampered by a centralization of resource management and a lack of community participation, they have failed to address the fundamental problems arising from a culture of dependency and clientelism amongst local farmers. Through the Center for Popular Education and Social Training (CEPFS), José developed a system to manage a series of communal lending pools that loan directly to individual farmers at the local level. Locally-managed commissions oversee the loans, collectively deciding which investments to finance and how to manage repayment. In turn, these commissions receive support from an Itinerant Council: A monthly meeting space in which two communities make presentations about their funds and other community development projects, and with the help of community advisers, debate whatever themes and issues arise. Beyond making more efficient use of resources, the Itinerant Councils have enhanced community engagement and inspired farmers to take a more proactive approach to dealing with drought. Along with the Itinerant Councils, José established an experimental site near the headquarters of CEPFS, in which farmers can provide firsthand insight into the development of new technologies, thereby ensuring their immediate buy-in and further enhancing community participation.

Meanwhile, public policies are largely ineffectual due to their top-down approach and corrupt distribution of resources and favors. Efforts such as the federal government’s Program of One Million Cisterns (P1MC) focus only on meeting quantitative goals: Missing from the program is any attempt to promote better solidarity and buy-in from the communities. Indeed, the Federal Government recently cut investment in the research and development processes associated with the construction of cisterns, leading to the creation of cisterns that were structurally unsound and unsuited to local needs. Secondly, the political system of the northeastern states of Brazil continues to be deeply marked by clientelism, wherein politicians transfer public and private resources to the government programs and in many cases directly to citizens in exchange for votes and political loyalty.

Attempts to better engage the community have largely failed because the government continues to rely on narrow decision-making. In a recent attempt to increase the number of cisterns and to give autonomy to the communities, the Semi-Arid Articulation (ASA), which serves as the principal collective of social organizations in northeast Brazil, linked the construction of cisterns to Solidarity Rotary Funds (FRS). The management of resources was carried out by a centralized municipal council, in which only one representative of each community of the municipality participated and this council chose which regions would receive the resources. The representatives, however, were unable to convey to their colleagues the reason for repaying the cistern costs to benefit other communities. Members of each community thus had little motivation to repay their loans, leading to a low rate of adhesion. The government also did not establish effective conditions of payment: A rise in the price of the dollar and a corresponding increase in the price of cement left farmers unable to pay for the new cisterns.

When it comes to appropriate technology, good intentions alone are not enough address the serious social implications caused by the drought. Thanks to a long tradition of ineffective government and nongovernmental intervention, the population remains highly skeptical of new solutions to improve water management. Successful implementation of each new technology depends, therefore, on a profound understanding of the local context and a means of effectively engaging the community.

To break with the culture of clientelism in the region, CEPFS uses FRS to appropriate resources for cistern construction. Those who receive the cisterns eventually pay back the cost to a community fund, enabling the financing of other cisterns and projects in the community. Rather than supervising each fund, CEPFS oversees independent commissions in each community who assume complete responsibility for the funds they administer. The commissions collectively decide which investments to finance, as well as the type and length of time granted for each repayment. Moreover, farmers are better motivated to pay back their loans thanks to the system’s heightened sense of community and collective responsibility.

CEPFS supplies the bulk of its supervision and support services through Itinerant Councils, which meet once a month on a rotating basis through each community. During each meeting, two communities—the one serving as the meeting headquarters and another chosen by consensus, typically that which is most in need of support—make presentations about their FRS and other community development projects. Next, community advisers and the families of the headquarter community debate whatever themes and issues arise. Each family thus participates in at least one Council per year. This instills a valuable sense of regional identity, and provides a source of pride for each family, as each contributes their insights and experiences to the rest of the network.

This represents a significant change from the first attempts by CEPFS to oversee funds, in which a group of nine individuals managed eight community funds. José quickly recognized the structural weaknesses of this system, however, as it effectively limited the participation of community members and impeded the creation of new funds. Today, José’s system of decentralized resource management has empowered community members to act independently, often for the first time. Moreover, the creation of the Itinerant Councils has enabled the extensive growth in the number of FRS, which now operate in thirty-four communities and reach more than 4,400 people in 893 families.

Yet his success depends equally on communities buying into alternative technologies, and above all, on the validity of the concepts, values, and principles which they experience through CEPFS. To reach these objectives, José established what he calls the Experimental Area (EA), near CEPFS’s head office. The EA consists of a field in which new technologies to deal with semi-arid conditions are constantly in development, as well as a space for events to bring farmers from different communities together to exchange experiences and ideas. CEPFS holds a variety of workshops and events which focus on gender and intergenerational relations, as a means of engaging women and youth in the management of resources. He uses these workshops to educate farmers on matters of public policy, holding seminars on understanding their rights as citizens and how to access and manage public budgets. He urges farmers to assume a more proactive approach in dealing with public authorities, and to look for long-term solutions when confronting production challenges. José wants CEPFS to become a go-to source for information both about new technologies and about ways to develop community participation that are suited to particular contexts.

José is working to disseminate the model in other regions of Paraiba and throughout the Northeast, focusing on particularly drought-ridden areas that are already participating in the government’s P1MC program, and other efforts coordinated by the ASA. He wants to demonstrate to other management organizations that it is possible to use Itinerant Councils and other forms of decentralized administration, and still meet the government’s ambitious quantitative goals regarding the number of cisterns constructed and instituted.

José was born into a family of small-scale farmers in Teixeira, Paraiba. Thanks in large part to the region’s frequent drought conditions, he and his family faced constant economic insecurity. Recognizing that the government was more likely to meet the farmers’ demands if they cooperated, José joined a small-scale farmers’ syndicate in his teens. At first, however, he had considerable difficulty communicating with the workers and politicians of the region, believing that only those with a high level of education could press for government intervention. He quickly developed an interest in finding other communication channels within the syndicate, and alongside a group of other youth, he created a space for ongoing discussion concerning the role of agriculture in regional development.

José became the only son in his family to enter university, enrolling in a forest engineering course at the Federal University of Campina Grande, which he was forced to abandon to return to work. With the help of a student grant, he later graduated with a degree in economics from a private university.

During this period, José became President of the Syndicate of Rural Workers of Teixeira. Together with a group of friends, he created the Center of Popular Education and Syndical Training, initially to better educate farmers. Following a serious drought in the mid- 1990s, CEPFS began its work with Solidarity Rotary Funds, and shifted its focus from building to collective action among farming communities. José is currently working to transfer the administrative tasks and the testing of new technologies to the other members of his organization, in order to dedicate himself full-time to the model’s expansion.