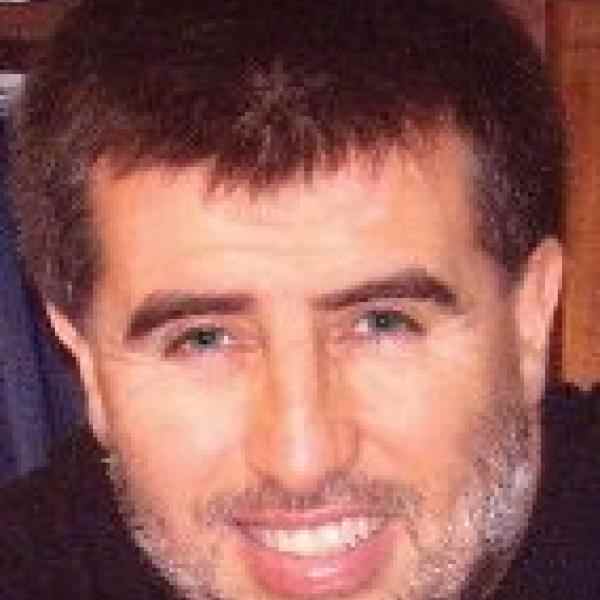 In Argentina, where domestic violence is considered a domestic problem, Darío promotes an intervention model to address violence and focuses on victim empowerment to foster self-esteem and provide the tools necessary to thrive: Decision-making, informing victims of their rights, offering counseling, providing legal services and shelter. Darío also works with abusers to investigate the societal reasons people become abusers as one means to end this cycle, and prevent youth from becoming abusers. Finally, Dario works with the state to improve law enforcement’s attention to victims and to ensure offenders are punished. Darío is closing the circle of domestic violence by working with all the actors involved.

Darío focuses on the whole picture for victims of abuse, so that they may re-establish their normal lives. He supports victims in finding work that will allow them to become self-sufficient and empowered. Throughout his approach, Darío works to keep families together and to protect their future rights.

Darío has influenced public policy through his campaigns by focusing on state programs to train police forces, changing legislation to better represent the victims of domestic violence, developing projects to identify domestic violence as a societal problem, and searching for effective long-term solutions for all of those affected.

Violence against women and children in Argentina is considered a domestic problem to be solved at home and is not addressed publicly. Effective solutions for the victims are not often proposed by the authorities, while social organizations intend to empower victims to teach them to recognize and exercise their rights. Domestic violence is an unacknowledged societal problem and in Latin America, the victims are primarily women and children.

According to the Inter-American Development Bank, an estimated 25 percent of Argentine women are victims of violence, and 50 percent will experience a violent situation at some point of their lives. During 2005 in the province of Buenos Aires, more than 20,000 domestic violence reports were made. At the same time, 39.7 percent of the homicides committed in this province were the products of situations of domestic violence and 95 percent of these deaths were mothers and children.

The greatest abuse suffered by a victim of domestic violence is not always physical but psychological. Many times victims are culturally educated to accept violence as a natural part of life. It is perceived that victims “…do not leave their homes because they enjoy being ill treated.” These ill-informed conclusions only perpetuate the problem.

The answer of the Argentine State to this problem is chaotic. The institutional framework perpetuates ill-treatment, with no new training to state functionaries or integrated approach to confront domestic violence. This method favors the victimizers, further perpetuating abuse and increasing violent incidents in general. The re-victimization of the victim is constant. A clear example of this is when a woman submits charges against her husband/partner at a police station. If she does not have a place to spend the night, she must return to her house and continue to live with the abusive husband/partner. She may choose to enter a transitory shelter, but is separated from her children who are taken to institutions for minors in extreme situations. The police and security forces consider domestic violence an issue that must be resolved within the home. Lacking knowledge about their rights they are victimized again (i.e., they are unaware that policemen have an obligation to issue a report when victims go to a police station to press charges). At present, there are less than ten organizations in Argentina providing direct victim’s services or shelters. Most of them do not have the required resources or programs to provide the necessary financing. At the same time, these organizations work in an isolated manner in Argentina’s countryside. Other organizations offer advice and consultancy but do not offer resources to the women who must leave their homes to protect their own lives and the lives of their children. In doing so, they provide only a partial solution.

An important aspect of Darío´s work is based upon violence prevention. Due to their long history with the issue, Dario and his team have discovered that the majority of abusers have been victims of domestic violence during childhood. In response to this, they created workshops in schools and soup kitchens for teens to construct a positive model of relating with others. At the same time, Darío and his team have been in charge of the Specialization in Domestic Violence in the Social Work Department at the Universidad de La Plata. Their aim is to train these professionals to occupy leading positions in court houses and other state departments related to domestic violence.

Police forces are the first to come into contact with victims of domestic violence but to date their management of the situation has been inefficient and depersonalized. In most cases, the police force is unfamiliar about the rights being threatened through domestic violence. Taking this into account, Darío generated an agreement with the Ministry of Social Development in the Province of Buenos Aires; the agreement specifies that a team from María Pueblo will train 26 commissars in the region (where they live) and policemen in the treatment of victims, including how to provide aid, issue a report, and abide by the juridical resolutions. For the first time, a social organization will train state police forces.

The direct attention provided to the victim in this model is aimed at maintaining the family. Casa Abierta María Pueblo has a 24-hour telephone line for victims of domestic violence. Victims may reach a team from María Pueblo who will host a gathering to listen, inform them of their rights (unknown in society at-large and by most women suffering from domestic violence) and evaluate with the victim their alternatives for the future. As a last resource, if the victim has no family member who they may ask for help and shelter, they may enter Casa Abierta María Pueblo. Only 20 percent of all the cases the organization handles during the year enter the shelter.

The main objective of the shelter is to empower victims of domestic violence to start exercising their rights. It is an alternative to the traditional system, as the judicial system tends to decide for the victim by means of juridical-administrative measures, and therefore, taking away the victim’s identity and independence. The judicial system decides the best measures to take without the victim’s input. In order to break this methodology, every person who enters Casa Abierta María Pueblo shelter does so voluntarily.

The first days in the shelter seek to protect the victim and reach emotional stability. After the first week, women and children begin to participate in workshops related to empowerment, reflection, and therapeutic activities. Taking into account the transitory nature of the shelter, they have developed productive workshops where women may work to generate income for themselves and their children. The dress making workshop, (donated by the firm RepsolYPF) employs 16 mothers in rotating shifts and produced 1,800 overalls this year for the Ministry of Education of the Province of Buenos Aires. At the same time, mothers employed in the loom workshop have exported part of their production to Spain. The methodology in Casa Abierta María Pueblo aims to diminish the possibility of returning to an abusive relationship by empowering them to make decisions concerning their lives and their children’s lives.

The victims entering the shelter are given pro-bono legal representation. Only 30 percent of the cases that enter Casa Abierta María Pueblo have previously pressed charges. In 2006, the shelter represented more than 100 cases. This sheer number of cases allowed them to gain a deeper understanding of the law. Based on this knowledge, Darío has directly influenced the creation of a Domestic Violence Law for the province of Buenos Aires and has introduced the need to penalize violence outside of marriage.

Darío is also working on the development of a project in the Olmos Prison (La Plata), together with the Penitentiary of the Province of Buenos Aires, with prisoners that have been committed due to inter-family crimes. The main goal is to generate an investigation into the pattern of violence that might contribute useful data and tools for working with concrete cases.

The team of Casa Abierta María Pueblo is made-up of twenty professionals, all led by Darío. His model is considered a reference by the provincial and city governments. Darío has partnered with 15 other sheltering organizations to provide counseling and advice to incorporate an integrated approach by which women are empowered and children are defended. The National Minor and Family Council recognized the efficacy of Darío’s programs and are considering adopting his approach. Darío is working to replicate his model in other provinces, encouraging them to put aside their philanthropic approaches in favor of a more strategic plan. Amnesty International has also recognized his work and is interested to expand it to other Latin American countries. The first step is to expand the model through an international publication to evaluate possible collaborations with other international entities.

Darío comes from a humble family with a history of domestic violence. Early in high school, his older brother was an important influence on his social involvement. After the restoration of democracy, Darío founded the first Student Council at the Escuela de Educación Media Nº 1, Médanos. There, along with his fellow students, he created the First Statute for High School Student Councils. He organized concerts and created a clothes deposit for students without access to uniforms; at that time one was obligated to attend school dressed in a tie and jacket. He become an example for other student centers and was declared a person of interest by the Ministry of Education in Buenos Aires.

Between 1998 to 2000 he was an Operator-Educator of the program “Children of the Streets” creating the program “Attention and Integral Protection of Children and Teenagers in Situations of Risk” in the Municipality of La Plata. From this work he realized that a majority of street children had been victims of domestic violence. This experience led him to become completely immersed in domestic violence issues. He was Coordinator and Founder of the Prevention of Family Violence for Family and Children for the city of La Plata. He worked to bring together Priest Carlos Cajade, Children’s Homes, Cultural Workshops for children, Soup Kitchens, communitarian baptisms, rallies for Children and Family Rights, and advocated on behalf of the impoverished and victims of violence in general.

In 1997 Dario and his wife founded Casa Abierta María Pueblo—initially working at one of the “Children’s Houses” of Priest Cajade. The goal was to provide answers for victims of domestic violence. At all costs, he tried to avoid separating mothers and children. From its origin to the present time, Casa Abierta Maria Pueblo has served 17,000 women and children.

In 1998 he recorded an album titled “Learning to Give”. The earnings benefited more than 600 childrens’ homes and Soup Kitchens around the country. His songs have been used to identify rallies promoting children’s rights, theatre pieces, and school festivals. For his work in Casa Abierta María Pueblo he has been distinguished by Human Rights Watch and Amnesty International.