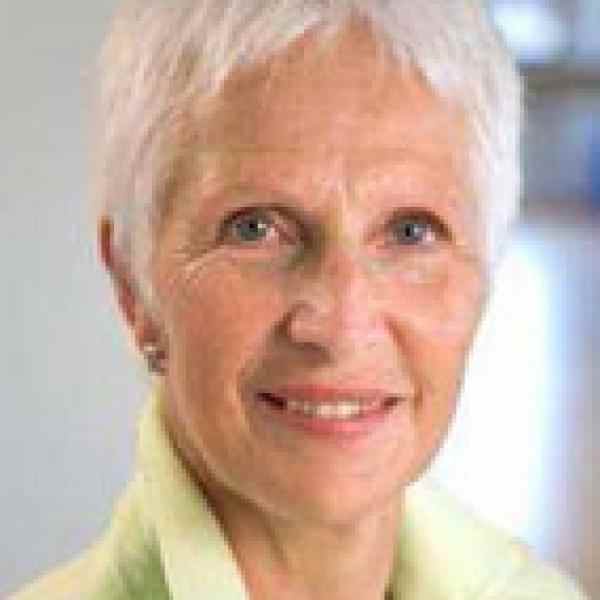 This Ashoka Fellow is now retired and therefore inactive. Don't hesitate to contact us or her organization directly in case you wanted to know more about the project.

Christine Theodoloz-Walker has transformed the way the Swiss public and private systems support individuals who have lost jobs due to their health. With Intégration Pour Tous (IPT), Christine has created a revolutionary path to help people get back to work, and has transformed the Swiss social welfare system using a model that can easily be transferred to other European contexts and beyond.

Christine has developed an individualized process to accompany those in Switzerland denied employment due to ill health. Believing that everyone is employable, Christine works to understand their abilities and supports them to re-enter the workforce. With an assortment of innovative tools, she offers personalized evaluations, coaching, training, and work placements to thousands of Swiss people each year, and is shifting their energy from seeking an appropriate insurance scheme to finding a job. Over the past twelve years, Christine has refined and improved her methodology and intervened at the earliest stage of people’s health problems in order to prevent them from falling into unemployment and dependency.

By focusing on individuals, Christine has built IPT’s neutral position. With a case management approach, she has formed partnerships with all public and private stakeholders who subsidize, support, and potentially employ people in her target group (social aid, employment agencies, public and private invalidity insurance, and businesses) and engages them on the path to employment. Because she identifies and strengthens their competencies, she has given the business sector access to a vast, untapped workforce of highly motivated if not perfectly healthy persons. Christine has placed tens of thousands of workers in long-term employment and demonstrated the employ-ability of assisted groups.

In 2002, Christine managed to convince the world’s largest reinsurance company of the economic value of her work, and of the hundreds of millions of Swiss Francs they and society were being saved. Though insurance companies and public institutions initially contracted out to her to handle complex cases, they have progressively taken on her best practices and shifted their mission. This shift in private practices eventually forced the public sector to recognize IPT’s impact, and led to reform of the 2008 Swiss Invalidity Insurance Law; shifting social aid from assistance to support for job re-entry through an improved provision of public social services. Having partnered with a number of international insurance and reinsurance companies, Christine is seeking the best ways to trigger similar changes in neighboring countries and across Europe.

The Swiss welfare system is complex and expensive; a nightmare for beneficiaries to navigate. Until recently, if workers suffered either a temporary or permanent physical, psychological, or mental trauma, they were forced into a state of dependency, regardless of their education and qualification levels, due to the complexity of public and private subsidies drawn from a variety of sources. They are not offered any satisfying employment alternative. For example, when a person is injured and must be out of work for three or four years, he/she must first, with financial support from private insurance, undergo treatment. One is then eligible to unemployment for nine months, which is paid for at the cantonal level by the Employment Office. The person is then under the jurisdiction of Social Aid and must apply for invalidity insurance—regulated at the regional level. In the meantime, some of their revenues may be compensated by private insurance companies. At each stage, one works with different people and begins a new application process. That is to say, if you are a Swiss citizen, are literate in French, and do not have to move to another jurisdiction during this time, your situation is less difficult.

Because of multilingualism and the federal system, insurance and social aid in Switzerland is structured by dozens of specific rules and financial schemes that govern it in four regions, twenty-three cantons, and 3,000 communes. Each plays a key role in deciding the amounts, conditions, and timeframes of social aid and invalidity insurance (this public aid is combined with compulsory private insurance schemes delivered by dozens of private companies). Consequently, there is little consultation between services and stakeholders which care for individuals at different times of their lifecycle. In 2007, 700,000 people received social aid benefits, and between 100,000 and 200,000 suffered or are suffering a form of physical, psychological, or mental health problem which necessitates unemployment and assistance. A private insurer estimates that each case costs more than 500,000 CHF (US$427,000) over a person’s lifetime; an amount doubled by public support. These costs place a heavy burden on employers, workers, and taxpayers.

Though Switzerland has one of the most complex systems in Europe, all neighboring countries pay the unconscionable costs of their invalidity and health care schemes. In France, where the welfare system is primarily public, social security spends yearly €9B (US$12B) on invalidity cases for those of working age, not including unemployment subsidies and complementary private insurances. Like Switzerland, Germany has a dual public-private and regionalized system which incurs high costs. European countries with strong welfare states are increasingly seeking solutions to cut their social aid bills, as populations are aging and welfare systems are on the edge of bankruptcy.

Christine’s strategy is designed around the abilities and needs of people with health problems that have kept them out of the job market. Anyone mandated by a doctor, an employment office, a social aid center, or a public or private insurer will find high-quality, adapted, holistic support to return him or her to the job market in the twenty IPT offices in Switzerland. Christine has developed a powerful approach which begins with an assessment of personal abilities, and the design of a path back to the job market tailored to people’s specific needs; engaging them in a series of coaching sessions, trainings (on and off the job), and work placements that progressively support them back to long-term employment. Tens of thousands of people helped by IPT have found long-term positions (43 percent), short-term placements (15 percent), or have entered long-term training programs (12 percent). These results are all the more astounding considering that 60 percent are older than forty, nearly half have no education, and more than half have been unemployed for more than two years.

Christine’s methodology in an ISO-certified case management approach that relies on highly trained staff. Case managers (CMs) work as bridge builders between public and private insurers, employment officers, and social workers, and help transfer information from one service to the next and depending on their jurisdiction, IPT bills each service/stakeholder. CMs are also proactive in developing a nationwide network of businesses, which actively participate in the last stages of the reinsertion process by taking interns and recruiting participants. To do so, they rely on powerful arguments, especially the competencies of each individual that can be matched with the needs of the corporation, with a guaranteed quality of service proven by IPT’s track-record. To date, nearly 8,000 companies across Switzerland actively support IPT’s work and have been instrumental in shifting Swiss employment culture. This shift is reinforced by the wide range of services offered by IPT, especially a more recent early prevention program which helps corporations identify at-risk employees suffering from health problems, and works with them to find a solution before it is too late and they leave the job market. Similarly, IPT case managers are piloting a prevention program with Geneva-based universities to keep at-risk youth from ever receiving a first unemployment or invalidity check.

Christine has developed a wide network of partners and has convinced even reluctant social and employment services to work with her. With each public and private partner, she establishes a contract to determine the number of complex cases outsourced to IPT. Christine’s proven effectiveness over the years convinced Swiss Re, the world’s largest reinsurer, to take one step further in their partnership in 2002. Not only have they financed the openings of her offices in German-speaking Switzerland, but they have gathered all the Swiss private insurers and strongly encouraged them to work with IPT. Most of them outsource their most complex cases to IPT, and over the past three years, all insurance companies in Switzerland have opened case management departments; often recruiting Christine’s staff. This trend convinced the Swiss government to revise the Invalidity Insurance Law in January 2008 to shift its mission from assistance to the reinsertion of people with health problems. The head of the employment office publicly recognized IPT’s success to that of public bodies, but consented that they would “adopt some of IPT’s methodologies to intervene earlier and more effectively.”

This systems-changing ripple effect has inspired Christine to look beyond the Swiss borders, and explore the best ways to expand to neighboring countries, such as France and Germany, with the essential support of Swiss Re and other private insurance companies.

Christine’s early career laid strong grounds for an in-depth understanding of Swiss health care, insurance, and policy systems. Initially an assistant in a law practice, she focused on insurance claims and then took a role with the health care policy department at the national level. Later, Christine worked as coordinator of the National Medical Doctor’s Association. As part of these organizations, she identified and eliminated bottlenecks and structural weaknesses.

Christine joined IPT in 1991. The organization was near bankruptcy and being investigated for mismanagement. She worked locally for the professional integration of people with health problems. Within five years, Christine turned around their finances and piloted her case management approach which would later be nationally referenced. Christine became director of IPT in 1996. Twelve years later, IPT is today a platform for professional integration which has reinserted tens of thousands of people, saved billions in Swiss Francs, and transformed the public and private welfare systems in Switzerland.

Already successful in Ticino in 2006 and German-speaking Switzerland in 2007, Christine will complete IPT’s national presence over the next few years and develop her early prevention activities. Christine left operations management in January 2008 and is transitioning from her role as CEO to focus more time and energy on the international spread of the IPT model.