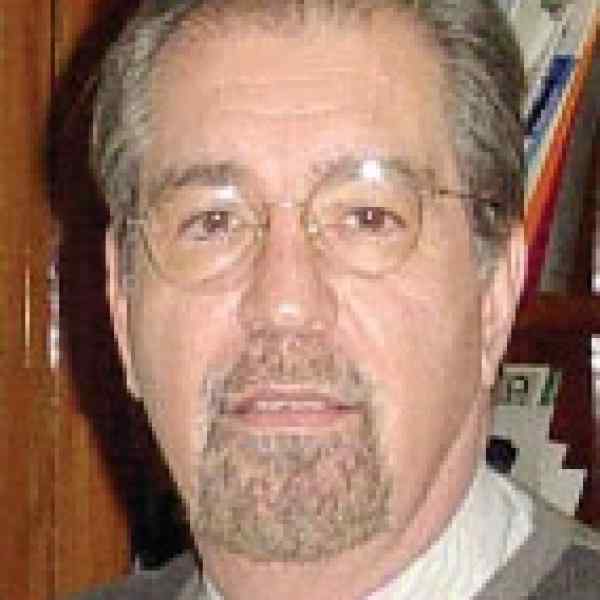 Share
Paraguay
Center of Information and Resources for Development (CIRD)

The development of civil society in Paraguay has been slowed by decades of military dictatorship and political suppression. To change this reality, Agustín Carrizosa is strengthening Paraguay’s citizen organizations by enabling them to better penetrate and impact public policy and facilitate democratic, participatory attitudes among Paraguayan citizens.

In the context of the slow and difficult decentralization of political power in Paraguay, Agustín is building a political culture based on democracy and citizen participation. He believes that strengthening democracy and generating deep social transformation will only be possible when government works along side a strong and committed citizen sector that represents the interests and needs of Paraguayan citizens. The citizen participation of all social agents is determined by their capacity to organize and influence public policy. They must take advantage of the institutional spaces opened by the government’s recent insistence that civil society promote participation in areas like Local Councils. Agustín has developed a participation model within Local Health Councils that he has begun disseminating in other public interest areas, such as education and youth. The relationship between government and civil society enables the creation of innovative, practical programs for public services. The more citizens are involved in the design and implementation of such programs, the more efficient, relevant, and valuable they will be. This both helps citizens and ensures that government resources are allocated in the best way possible. Agustín works to make civil society more autonomous and to develop projects of common interest, in part through the management of public resources. He implements his idea through a strong citizen organization (CO), the Center for Information and Resources for Development (CIRD), which operates many citizenship programs. With his focus on building cross-sector partnerships, Agustín can use the CIRD’s reputation to spread his work throughout Paraguay and beyond.

Less than two decades into Paraguay’s democracy, political culture, business, and civil society continue to be shaped by the legacy of authoritarian rule. The military dictatorship, which lasted thirty-five years (1954 to 1989), was the final in a series of dictatorships. The history of authoritarian governments in which power and politics were centralized contributes to the continued low voter turnout in elections, and to the widespread political apathy among Paraguayan citizens.

Beneficiaries of the regime did not want citizens to have the right to influence or formulate the political process. The dictatorship was characterized by severe political repression, with any attempts at collective action and citizen organizing treated with suspicion. In 1989, at the end of the dictatorship, Paraguay had only 70 COs, and twenty years later there are still only 400, a small number considering the population and Paraguay’s many needs. Citizens still lack the motivation and know-how to organize themselves in effective ways that challenge government and authority and ensure that citizens have a voice in Paraguay’s political, social, and economic future.

As in the case with many young democracies, corruption in government makes it difficult to drive social transformation and encourage political participation—those in power are most concerned with staying there and maintaining the status quo. Without a civil society pressuring and organizing for change, government will likely maintain social inequalities and do only the bare minimum.

For example, the government still struggles to provide the most basic health care. Local Health Posts do not offer the most elementary remedies required by the population, including contraceptives. The country also suffers from the problem of underfeeding, both of children and pregnant women—25 percent of children under five years old are underfed or are at-risk of being underfed and 30 percent of pregnant women suffer from malnutrition. Effective medical assistance doesn’t reach about 30 percent of the population and access to fresh water in rural areas is restricted to 20 percent of the population.

Other areas of the government suffer from a lack of social discourse about the planning process and execution of public policy. Diagnoses, priorities and goals, resource allocation, and impact monitoring need to be part of the public discourse in order to produce quality services at lower costs. This is especially true of politics at the local level, where social realities require alternative solutions.

With only a few exceptions, Paraguay’s situation is similar to other countries in Latin America. Generally, the level of citizen participation in these countries is low, social inequality is high, and social services are poor. The construction of a participative democracy in Paraguay must pass through deep political and institutional reformulation of the state, by decentralizing public power and institutionally strengthening local governments. State actions must be guided by larger citizen participation in formulating public policies, with persons and organizations assuming decision-making and managing resources for development.

The reformulation of the Paraguayan health system reflects this process and highlights the importance of Agustín’s work in terms of strengthening the Local Councils of Health and consolidating a System of Communitarian Health with high citizen participation. Agustín’s purpose is to create a model that can be used in all the areas of public services. Since 1996, he has worked to formulate and strengthen approximately 80 Councils, of which 55 still operate. They are constituted by representatives of the community and voted on by a communitarian assembly.

CIRD developed an efficient method for COs and the government to work together to design an action plan for their communities, put it in to practice, and monitor it. With regard to health, CIRD has made a Social-Health Census to identify community needs and the resources available—with all members of the community participating, including students, professors, public employees, and others. Based on this, the action plan is elaborated and predicts work for the next five years. It is revised annually, primarily to adjust for available funding. This participative process guarantees the legitimacy and the efficiency of a plan.

During all the stages of this work, CIRD strengthens COs in the community and works with the community to create organizations that bring citizens’ requests directly to the government. To do this, it is important to foment confidence and mutual cooperation between them, and to guarantee impact and sustainability. CIRD has developed various materials to build organization and Council capacity, with experts and 50 trained employees.

A participative model of decision-making creates more efficient and relevant public policy, emphasizing the key role of community and citizen leadership as a balance to the central government authority. The process of decentralizing and transferring responsibility to local governments also helps public policy mangers to analyze the specific preferences of each community, giving government a flexibility and credibility it has never before enjoyed.

The involvement of the community generates innovative models of management and maintenance of public resources. The program, “Social Drugstores,” is a good example because it avoids the political manipulation of the development and distribution of medication promoted by the Ministry of Health. By accessing a rotational fund for the purchase of medication managed by the Local Council of Health, the community decides the application method of the resources destined for purchase and the distribution of the drugs through a “sanitation park” organized at the regional level. The joined communities can buy medicine from a local source, and with lower costs for transportation, at a price half one would pay the central government. There is a priority for medication more often requested and a continuous supply—essential for a good treatment. In 1997, there were 12 drugstores and today there are more than 250. Another example of innovation in public politics initiated by citizens is the Insurance of Communitarian Health which includes 7,000 people. They pay a monthly donation to the Council according to their type of insurance coverage.

With the decentralization process in health, Agustín has realized systemizing the model will allow him to spread to other areas, such as education and youth. CIRD works with the Local Councils of Education, youth leaderships (fomenting the Youth Network of Paraguay, which elaborates on a Law of Youth), and stimulates companies’ involvement through corporate social responsibility programs.

According to Agustín, the construction of a “share capital” will strengthen COs until they occupy a relevant position and become more strategic in the public processes of decision-making. An important success of Agustín’s has been the inclusion of an article in the Law of the General Budget for the Expenses for the Nation that allows the health plans of the Ministry, at the local level, to manage their budgets without having to pass the money through the Ministry of Finance. For example, when CIRD becomes responsible for the management of the national part of a worldwide fund to fight AIDS, it will pass the funds to the government and check its application based on pre-established targets. Agustín will verify this method in other Latin American countries and Africa.

Agustín was born in Paraguay and grew up in the United States. He returned to Paraguay in the 1960s and though he had some difficulty communicating in Spanish, he became involved in the student movement, which expressed its unhappiness with the government. During his sixth year in medicine, Agustín participated in the first student strike for an independent university.

While the military dictatorship increased in strength during the 1970s, his father, Chief of the Department of Mental Health of the Ministry of Health, did not have political links with the party, and was forced to leave the government. Agustín and a group of colleagues (doctors, psychologists, social assistants, and nurses) joined him to form the Clinic of Mental Health; a CO whose purpose was to provide mental health services to underserved communities. They tried to create an attendance model to reach those without access, and to escape from the model used in mental institutions. Though the clinic closed for financial reasons after ten years, it had become a referenced research center in mental health. Beginning with six psychiatrists, it increased to thirty professionals. Agustín was also a psychiatrist with the Ecumenist Committee that cared for patients abused by the dictatorship.

When the clinic closed, Agustín dedicated himself to the coordination of the Committee Paraguay-Kansas, a Partners of America program and part of the initiative, Alliance for Progress, created by former President John F. Kennedy. This initiative promotes a partnership between an American state and a Latin American country to exchange experiences and mutual assistance. Paraguay was linked with Kansas due to geographic and population similarities. Thanks to this partnership, Agustín increased active members from 14 to 240, coordinating more than 80 small development projects in various areas. It was here that he realized his capacity to think systematically and his ability to articulate the movement of social actors.

In 1988, Agustín founded CIRD while he was still Chief of the Department of Mental Health of the Ministry of Health. As Deputy-Minister of Health, Agustín implemented a successful program to strengthen the Commission of Sanitation and initiated, with much resistance, sanitation reform from the decentralization of the health service and citizens’ participation in the Local Councils of Health. Agustín also worked on BID projects and with the World Bank (El Salvador); helping to reform the public system of health. He left the government in 1993 to fully dedicate his time to CIRD in Paraguay. This experience allowed Agustín to understand the public sector and to also understand that social change does not happen without an independent, autonomous, motivated civil society capable of influencing government policy at all levels.