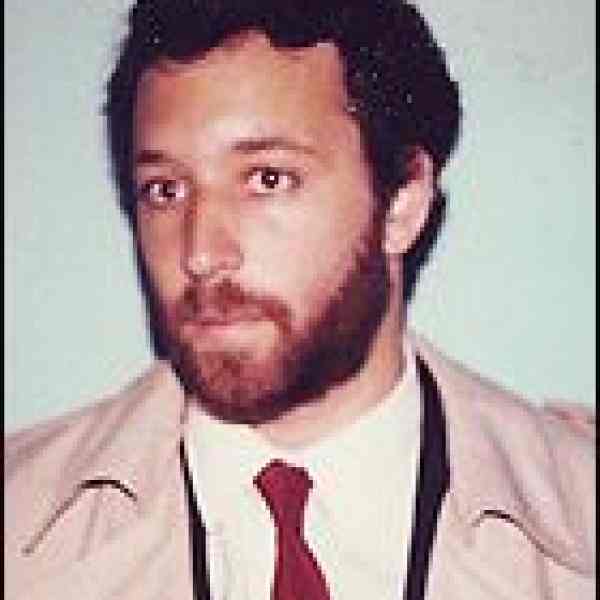 Employing a strategy that has not been utilized by other human rights advocates in Argentina, Martín Bohmer is pursing test cases with important rights-guaranteeing potential in the Argentine courts. In so doing, he is providing his fellow countrymen with a much-needed instrument for remedying rights abuses, and he is instilling a service ethic that has been notably absent in Argentina's legal profession.

Martín is convinced that the pro bono pursuit of precedent setting civil rights cases in Argentine courts can make an immense and timely contribution to the protection of human rights. In the United States, where Martín completed an advanced degree in legal studies, the use of the courts to set precedents protecting rights that have long been denied is well established. But the concept is a radical one in Argentina, where the judiciary has seldom been used to achieve important changes in rights norms and practices. In Argentina, the "test case" approach is, itself, an untested strategy for remedying rights denials. But Martín is confident that it holds great promise for addressing rights abuses that impose grave burdens on large numbers of his fellow citizens.

Working on a pro bono basis from a clinic that he directs in a university law faculty, Martín is bringing several cases to trial that have the potential for establishing important legal precedents on a diverse array of rights issues. He hopes that the publicity and prestige associated with these possibly landmark cases will stimulate interest and emulation in the status-conscious legal profession. And he is also training a next generation of pro bono rights defenders in a new master's program at his university in Buenos Aires.

In Argentina, during much of the period from 1966 until 1983, human rights were gravely abused under a series of military and authoritarian regimes, and ordinary citizens were powerless to prevent those abuses. But even today, more than a dozen years after the restoration of democratic rule, the use of the law and legal procedures as a remedy for the denial of rights guaranteed under the Argentine constitution and international legal covenants is much more the exception than the rule. Not surprisingly, therefore, most Argentines view the law as a remote, alien, and static defender of special interests and the status quo, and only rarely is it perceived as a responsive instrument of positive potential for protecting and expanding human rights. Even among Argentine human rights activists, there are many who distrust or doubt the efficacy of law as a tool for change, and views are deeply divided over the use of the courts as a major instrument for fighting rights abuses.

For Argentine citizens seeking remedies for denials of basic rights, the situation is compounded by the unavailability of pro bono legal services. The concept of pro bono work is ignored in the usual law school curriculum, and the prevailing sentiment in the private legal profession is that such services are unnecessary, and perhaps even inappropriate, claimants of their time and concern.

Martín is pursuing a multipronged strategy in his attempt to use the courts as an instrument for major advances in rights protection and to instill a public service ethic and pro bono practices in the Argentine legal profession.

From his office at the University of Palermo's law faculty in Buenos Aires, Martín directs an independent (and nonpartisan) clinic that serves as the hub of his strategy. Among the many cases brought to the clinic by individuals and nongovernmental organizations, Martín identifies those with important precedent-setting potential. Alternatively, if the "ideal" case on a particularly pressing issue fails to appear, he and his colleagues take the steps needed to create such a case.

With the professionalism, competence and vigor that are his hallmarks, Martín then pursues the cases through the legal system in pursuit of the desired, precedent setting verdict. Actions brought thus far include a due process challenge in the case of a woman wrongly interned in a mental hospital and an equal protection challenge to a provincial law that offers benefits to the spouses of government employee but denies them, in practice, to the husbands of female employees. Martín has also gone to the courts in an attempt to block the promotions of military officials who have been involved in civil rights violations.

Martín is persuaded that actions such as these are "win/win" pursuits. If the Argentine Supreme Court rules in his favor, they will play crucial roles in shaping the future climate for human rights in the country. And if the Court rejects a case, or rules against him, Martin is prepared to carry an appeal to the appropriate international court. But, whatever their eventual outcomes may be, the cases–and related articles, radio and television appearances and amicus curiae briefs prepared by respected international organizations–are attracting considerable attention from the media and the public at large. In so doing, they are generating new respect for the contributions that lawyers can make to the protection of human rights. They are also beginning to erode the distrust of lawyers in the human rights community and helping promote a new ethic in the legal profession.

On a parallel and closely related tract, Martín has introduced a new master's of law program at the University of Palermo in which rights-relevant legal theory and independent legal scholarship are emphasized. The students are also engaged in actual cases, in a process in which an ethic that makes the pro bono defense of human rights a prestigious and "normal" part of lawyer's work is carefully nurtured.

Martín is also creating an Association for Civil Rights to coordinate rights promotion by individual lawyers and human rights organizations, including the Center for Legal and Social Studies, which is directed by Ashoka Fellow Martín Abregu. Martín (Bohmer) expects the Association to make important contributions to the identification of promising test cases, the development of appropriate legal strategies and the enlistment of the energies and commitments of growing numbers of lawyers in meaningful, pro bono work.

The years that Martín spent as a university student coincided with the renewal of democracy in Argentina and attendant dramatic changes both in the prevailing climate for human rights protection and the strategies that could be effectively employed in advancing human rights causes. Following his father's path, Martín studied law and entered the legal profession. But he soon chafed at the thought of pursuing a traditional career in a conservative, and often uncritical, profession that, at its worst, had condoned the excesses of Argentina's authoritarian regimes and, even at its best, had generally distanced itself from protecting and enlarging the rights of the public at large.

In Argentina, Martín was repeatedly exposed to the use of law to frustrate attempts to change norms and correct social and political abuses, and a brief stint in private legal practice convinced him that a commitment to the public interest was largely absent in the legal profession. But his eyes were opened by a period of study at the Yale Law School, which introduced him to the possibilities of critical scholarship and public interest work and the effectiveness of such work in producing positive social change. In the Yale classroom, he was introduced to new theoretical concepts and unfamiliar legal disciplines and to the use of law as a tool for advancing human rights. Outside the classroom, he was exposed to the work of legal clinics (as a participant in Yale's immigration clinic) and law journals (through his association with The Journal of Law and Feminism). He was also both astonished and inspired by his fellow students' interest in pro bono work and by the willingness of law firms to offer public interest sabbaticals to prospective employees.

Upon completing his master's program at Yale, Martín returned to Argentina with a firm and well-fortified resolve to dedicate his life's work to transforming that country's legal profession into a powerful and effective instrument for promoting human rights. By mid-1995, he had created the necessary platform and infrastructure at the University of Palermo in Buenos Aires and marshaled key in-kind support. He is now devoting his full energies time to realizing his vision of a profession that is in the vanguard of human rights and public interest endeavors.