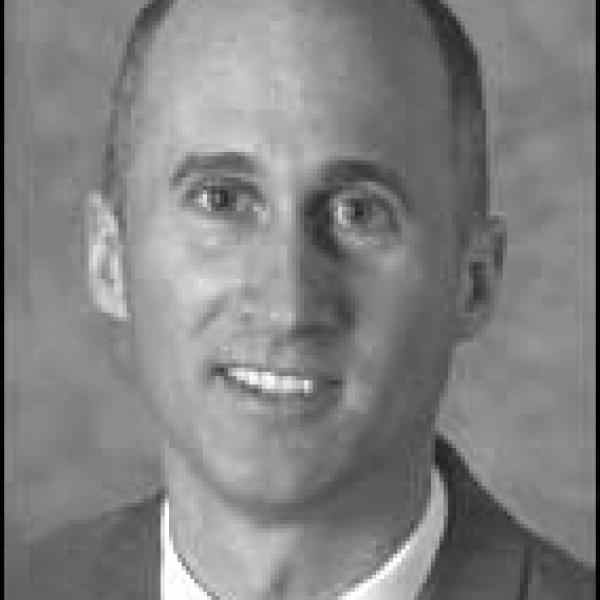 Geoff Cape is leading a movement to redesign urban spaces in a way that incorporates the natural environment more fully into public spaces and children’s learning environments.

Geoff’s new idea is to mainstream nature in city planning and the development of public spaces. His approach goes beyond a coalition of environmental organizations and includes organizations from all sectors with a clear message: cities need more nature.
Geoff envisions a movement to redesign urban planning and development. He has brought together not only a coalition of environmental organizations to develop a vibrant city model that embraces nature, but also players from business, nonprofit, and government sectors. As such, for the first time in this context, brown fields and parks will be given a new lease on life.

Geoff started implementing living, breathing, organic space to city dwellers with Evergreen sixteen years ago.For the past four years, Geoff and his colleagues at Evergreen have been developing plans for the Brick Works as a venue to provide a large-scale source for native plants, organic food markets and youth leadership programs. According to Geoff, this is especially important right now, as the pressure on cities has grown tremendously over the past few decades, and the ecological restoration movement in and around Toronto has gained significant momentum. What’s more, while becoming intimate with the land and now-defunct brickmaking facilities, Geoff had the vision to transform it into an environmental education center that integrates nature, culture, and community, and is based on a sustainable business model.

In an era of mass urbanization, our societies could benefit enormously by reconnecting with nature at its fullest. Since the mid-twentieth century, during the height of modernist architectural practice, urban designers shaped public space according to scientific principles, without considering human nature and patterns of social behavior. Naturally an overlapping system—mobile, dynamic, socially-constructed—urban space became compartmentalized: areas to work, areas to play, etc. Outside of designated park space, “nature” has been strategically designed into and around skyscrapers, shopping malls, apartment buildings, and parking lots. Without overlap, cities lack physical receptacles for the natural systems that make a city thrive and have come, over time, to look more like concrete jungles than lush social commons.

As a result, human beings have suffered. Our human nature has been impaired. In artificially constructed spaces, we are disconnected from the natural world and the significant role we play in the larger ecosystem. Like animals in a zoo, we forget our home and become alienated from ourselves, each other, and the environment. This alienation gives rise to abuse of urban space, pollution, waste, vandalism, and crime. It is only through reintegration of nature at its fullest in urban space, and into our daily lives, that we have a chance to heal community, culture and the environment. Once reconnected to nature, it will be easier for humans to innovate together for positive change.

Geoff’s national organization, Evergreen, working from nine offices across Canada, targets three specific areas: Learning Grounds, which helps to develop outdoor classrooms for students; Common Grounds, which helps to restore and protect public parks and green spaces in cities; and Home Grounds, which educates homeowners about the use of organic processes and naturalization of residential landscapes. His organization brings together leaders in all sectors and has already helped to transform many areas of Toronto into a model of urban potential—a city redesigned as an urban ecosystem where humans interact organically with their environment year-round. Most recently Geoff has been leading the revitalization of the Don Valley Brick Works as a center for nature, culture, and community. This Can$50-million project has secured interest and support internationally as a model for sustainable urban planning and community building.

With Evergreen at the Brick Works—a heritage site in the heart of Toronto, adjacent to the Don River Valley and ravine system—Geoff intends to create an urban space that will revitalize both human nature and the natural environment while strengthening community ties and meeting the diverse needs of the population. A unique blend of three programs create roles for citizens in all sectors to contribute to Evergreen’s mission.

Where Brick Works helped build the City of Toronto, Evergreen at the Brick Works can help “green” the City of Toronto. Since the late 1880s, the clay in its back quarry was mined and dug out, and then fired into brick that became the infrastructure of stately homes and buildings in Toronto’s central neighborhoods. Currently in disrepair and inaccessible to the public, Geoff sees its potential. He believes Evergreen at the Brick Works can showcase the best in green design technologies and community initiatives, making it a one-stop shop for experiential learning, unconventional team-building, and celebration.

Evergreen at the Brick Works will serve as a model of urban potential, a city redesigned as an urban ecosystem, where humans interact naturally with their environment year-round. Not only will children have outdoor learning adventures now. So, too, will adults, who are increasingly concerned about environmental quality, fast-pace lifestyles, and the lack of meaningful social exchanges. An anticipated 250,000 visitors per year will be exposed to dynamic arts programming and environmental/outdoor education in an urban park setting.

The programming will be co-developed by Geoff and partners, and so it will reflect a wide range of interests—from Outward Bound corporate programs and organic culinary experiences by Jamie Kennedy Kitchens to at-risk youth employment in Evergreen’s year-round nursery (the largest in Toronto) and an inclusive eco-friendly summer camp. Evergreen will also walk and talk its environmental mandate, employing the best of green design technologies (Brick Works will be a “zero discharge” facility) and making available to the public practical solutions to help improve air and water quality and restore the habitat. In all, Geoff intends to offer an experience for people in and around Toronto unlike any other, both locally and globally, and bring together creative mixes of events and people for the greater good of all.

Geoff has had to creatively finance Evergreen over the years due to the conditions of working in the non-profit sector; he has done so by way of a Can$50-million capital campaign with government grants and combined support from individuals, foundations, and corporations. Evergreen now receives approximately 40 percent of its revenue from corporate partners, 30 percent from private foundations, 20 percent from government sources and the balance from individuals and fee-based activities. Geoff hopes to increase the proportion of Evergreen’s annual revenue with the Brick Works project, increasing individual and fee-based income from 10 to 40 percent, by 2010. He will provide a diverse range of nonprofit organizations and a select handful of socially conscious private enterprises with dynamic rental space (resources to be shared among tenants): Evergreen too will occupy space, with a 100,000-square foot native plant nursery and market garden (Evergreen Gardens) and a 10,000-square foot office space (Evergreen’s national headquarters). The balance of the 265,000-square foot building complex will be used by partner tenants and related programming by the community. The Brick Works project will embrace both private and public funding and adhere to Geoff’s triple bottom-line objective: financial, social, and environmental success.

In addition, Geoff’s Learning Grounds is responding proactively to the grim reality of school children spending an average of 25 percent of the school day outside, on concrete school grounds designed without learning in mind. He successfully implemented natural outdoor spaces to engage the children in more complex imaginative and social play than they would have had in an environment of built structures and asphalt. He also designed an effective delivery mechanism of environmental education, by way of a kit, which has enabled a long line of environmental stewardship beyond Evergreen itself. He provided over 2,200 participating schools across Canada with expert assistance (planning, design, plant selection, and fundraising) and extensive print, video, and Web resources. For teachers, lesson plans and teaching tips were prepared, as well as curriculum resources and an on-line library that lists helpful educational resources on a number of related subjects.

Although a heroic first step in the direction of human/nature integration for the benefit of both, Geoff recognized that the city at large, beyond the Learning Grounds, remained dissociated and compartmentalized. Recreation remained separate from everything else. Systems that do not naturally exist in isolation were organized to be so, cut off from other systems of the city. With Evergreen at the Brick Works, he sees the opportunity to extend his success with Learning Grounds and design complex, overlapping systems in downtown Toronto that will mix work and play; gallery-going and gardening; hiking and shopping; lounging and eating. The programming will illuminate the relations between nature and city life.

As a child, Geoff experienced regular “deep wilderness” adventures in Tweed, Ontario, where his family had a cabin in the middle of the woods, surrounded only by Crown Land. He admits that he has always been “in the ravine system” and that this is what drives him to bring the adventures of nature to people in cities. Consistent with Evergreen, where the operational goal is to bring nature to cities, Geoff recognized the opportunity inherent in the Brick Works project: Rather than support the current system where city dwellers must get into cars and drive several hours outside of the hustle-and-bustle of urban living to experience nature, Geoff decided to bring nature directly to the city dwellers.

Geoff takes initiative when he sees a solution to a problem, regardless of the magnitude. Going from Evergreen to the Brick Works is a great testimonial to his commitment to bringing nature to cities. Geoff came up with the idea first, and then convinced the City of Toronto it was a worthwhile project to pursue. Geoff provided the vision before there was an Open Call. Logically, the City of Toronto selected Evergreen to be the preferred candidate to develop Brick Works.

Geoff has worked primarily as an entrepreneur. Even in high school, influenced by a long family history in the construction industry, Geoff started his own carpentry business. He has consistently led the development of innovative ideas to help solve traditional social and environmental problems too. During his undergraduate studies in Politics and Philosophy, he started a series of small businesses. Geoff started Evergreen over 16 years ago, and his work has not gone unnoticed. Evergreen was awarded the Peter F. Drucker Award for Nonprofit Innovation (1996), the Ontario Association of Landscape Architects Environment Award (1998), and the Canadian Center for Philanthropy’s “New Spirit of Community” Partnership Award (1998). Evergreen was also voted one of four recipients of the bank’s Shared Interest Fund by Citizens Bank of Canada members.

Outside of Evergreen, Geoff is the founding chair of the Sustainability Network, a group that focuses on building the capacity and management of the environmental community across Canada, and is a founding partner in the development of Featherstone, an initiative to launch a nonprofit investment management firm modeled on the success of Vanguard in the U.S.