For corporations to thrive, the only way to navigate this period of change will be to embrace it — they need to mobilise an army of problem-solvers and become changemakers in society 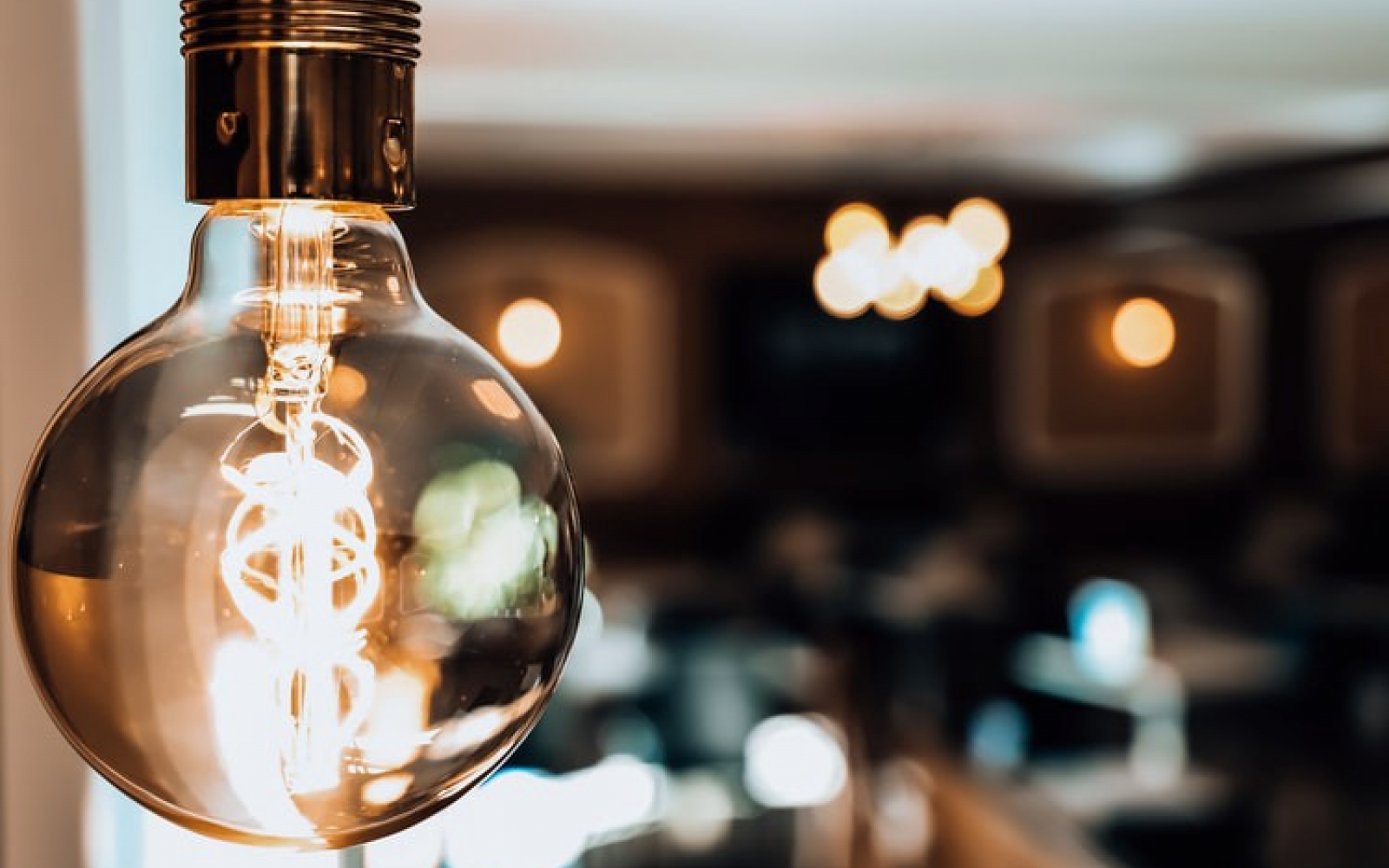 This blog was inspired by a panel discussion that took place this week, which was the first of a ‘Navigating the Future’ webinar series, led by Ashoka UK and Ireland. This series brings together social innovators and business leaders from across sectors and geographies to discuss the topic of social innovation, and its role in building back a more resilient society after COVID-19.

In the space of ten weeks, across the world we have seen retailers collapse, food manufacturers such as Danone ramp up production and technology giants like Apple and Google build contact-tracing apps with government. As many countries start to loosen their COVID-19 lockdowns, attention is turning to how businesses will fare in the long-term.

Whatever the response of corporations during the pandemic, one thing is clear: the role of businesses in society has changed for good. For corporations to thrive, the only way to navigate this period of change will be to embrace it — they need to mobilise an army of problem-solvers and become changemakers in society.

Ashoka is best known for supporting a global network of over 3,500 social entrepreneurs. Many of these entrepreneurs have quickly mobilised to respond to the COVID-19 crisis around the world. An impressive characteristic of Ashoka Fellows is their ability to think at a systems-level to scale new solutions which have lasting impacts in communities. These entrepreneurs are agile, have formed alliances, shown empathy, applied complex problem-solving skills and worked in unfamiliar teams in a time of crisis.

At Ashoka, we call these characteristics changemaking skills. And these skills aren’t exclusive to social entrepreneurs — we believe that in a world defined by rapid change and uncertainty, they can be embodied by everyone.

This also applies to employees. In the past, employees of big corporations have been led by command-and-control approaches, which can work well in times of relative stasis. But in times of volatile change and complexity such as in the last ten weeks of the pandemic, employees who are empowered changemakers have been able to support their organisations to pivot more quickly. As Gary Hamel of the London Business School puts it, “in a small crisis, power moves to the centre. In a big one, it moves to the periphery”.

As we start to recover from the pandemic in the coming months, employees should feel encouraged to solve problems, innovate and view themselves as intrapreneurs in their organisations. Over the last two months we’ve seen senior leaders rolling up their sleeves to help front-line staff and employees stepping up to influence boardroom decisions. The test now will be to ensure these behaviours stick after the COVID-19 crisis is over.

To encourage these behaviours to stick, business leaders should create an inclusive, changemaking culture in every corner of their organisation.

The COVID-19 crisis has shown that companies with a social purpose, and the culture to back it up, are set up well for the future. As Arnaud Mourot, Vice President of Changemaker Companies at Ashoka puts it, “A crisis is the time for businesses to evolve and become more resilient. COVID-19 has shown us that to achieve this, you need to empower the individuals within these organizations to become changemakers in the long-term.”

Instead of launching knee-jerk CSR initiatives, businesses should look to integrate ESG factors (environmental, social and governance) into their investment decisions and develop business models with high social impact Incorporating these models into a company’s fibre requires commitment and the right incentives to allow employees and companies to thrive.

But let’s be optimistic — for years we’ve seen such models empower employees to challenge the status quo. For instance, B Corp certifications encourage organisations to integrate social and environmental, and transparency and accountability standards into everything they do. As Alexandra Heaven, Global B Corp Manager at Danone, says, “the B Corp assessment is the backstop which helps us make decisions, but B Corp is really about embedding a philosophy, which comes alive when employees apply these values in their day-to-day work”.

A recent survey by Ashoka’s Changemaker Companies team in partnership with the Institute of French Public Opinion (IFOP) found that of over 300 European companies, 95% believe that companies should consider their social and environmental impact as much as their economic impact.
And it will pay off. Organisations which inspire a ripple effect of changemaking in their organisations will become more agile and better placed to navigate uncertainty. Inspiring changemaking will also prompt corporations to re-think how they can support their ecosystems — be that local communities, customers, suppliers or the environment.

Forming bridges between corporations and social entrepreneurs is essential to build back a better society after COVID-19.

As we have seen in recent weeks, corporations aren’t just seeking advice from trusted insiders to boost revenues and support the communities around them. They have also been creating unconventional coalitions with social entrepreneurs to drive positive change in society.

As Pablo Santaeufemia, Ashoka Fellow and CEO of Bridge for Billions says, “To create services and products that include vulnerable people, we need to create bridges between social entrepreneurs and corporations”. And recently, we’ve seen impressive examples of this; food retailers have formed alliances with unlikely partners, while organisations across Europe have supported social entrepreneurs to scale their responses to the pandemic through the Changemakers United initiative.

Another great example of this is IKEA’s Dela accelerator programme, which it runs alongside Ashoka to scale solutions for vulnerable groups. As Åsa Skogström Feldt, Managing Director,  IKEA Social Entrepreneurship BV, puts it, “climate challenges and rising inequalities are two of the biggest risks to businesses, and values-led organisations like IKEA have a big role to play. There is great opportunity in creating learning circles with social entrepreneurs to scale up solutions that help combat these issues.” Through these partnerships, businesses can be helped to transform themselves into a force for collective impact in society.

While social innovators have acted quickly in response to the pandemic, they have often required support to scale and raise social finance. On the other hand, corporations are known to undertake huge transformation and access wide geographies. Therefore, in the coming months it’s vital that corporations co-create with social innovators to generate win-win opportunities that tackle social issues for the good of all.

If the COVID-19 crisis has taught us one thing, it’s that uncertainty will be the only certainty in the coming years. To this end, now is the time for business leaders to inspire a changemaking culture and co-create with innovative social entrepreneurs to solve our biggest issues.

The pandemic has affected society in unimaginable ways, and now businesses have been prompted to step up and lead the efforts to re-build a better society — efforts which should involve everyone.

Ashoka is the largest global network of social entrepreneurs. It is collaborating with partners to support social innovators who want to build back a better society following Covid-19 and beyond. If you’re interested in finding out more about the ‘Navigating the Future’ webinar series or Ashoka’s work, please get in contact at [email protected]. 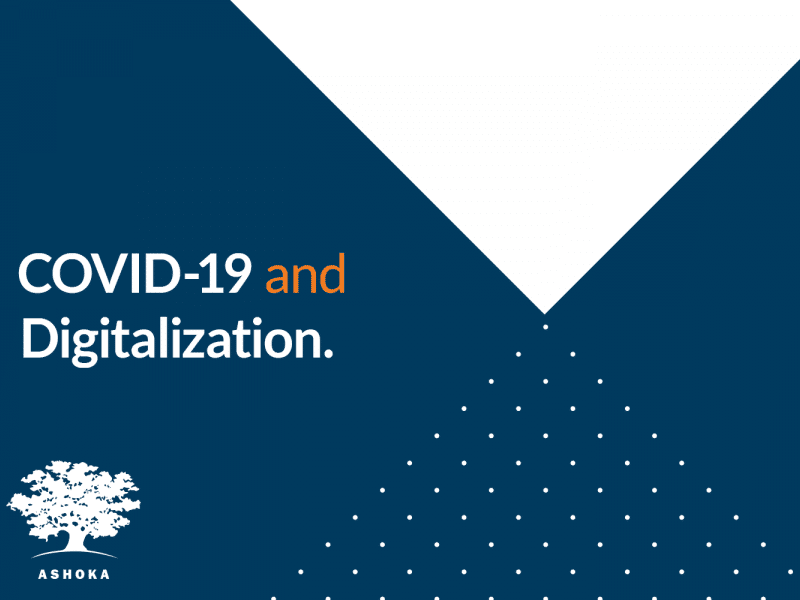 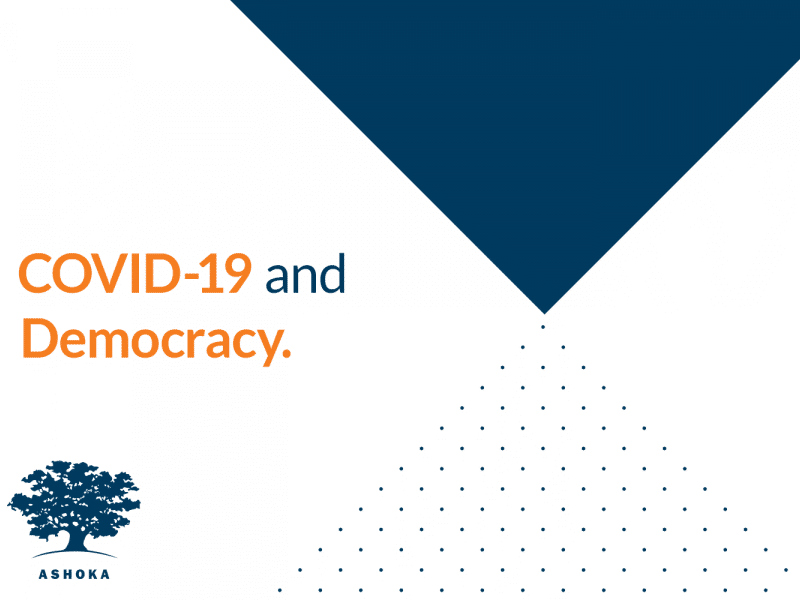 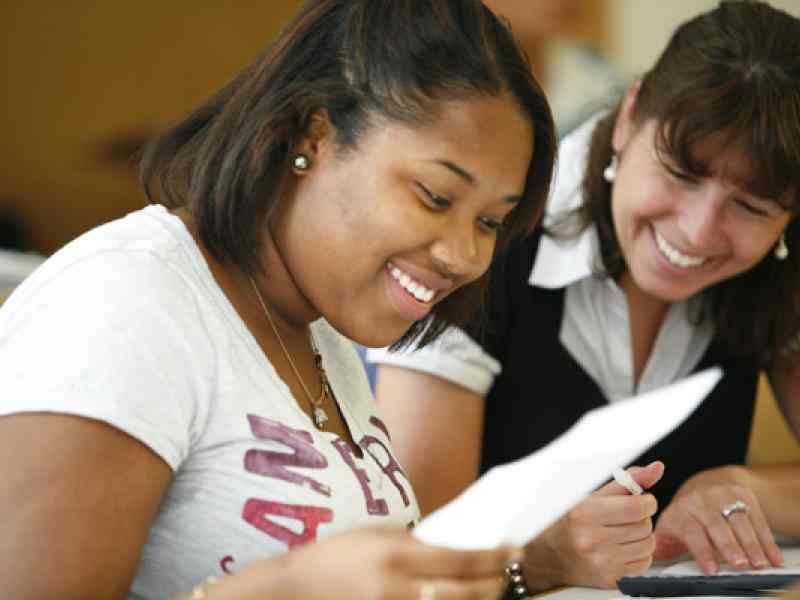 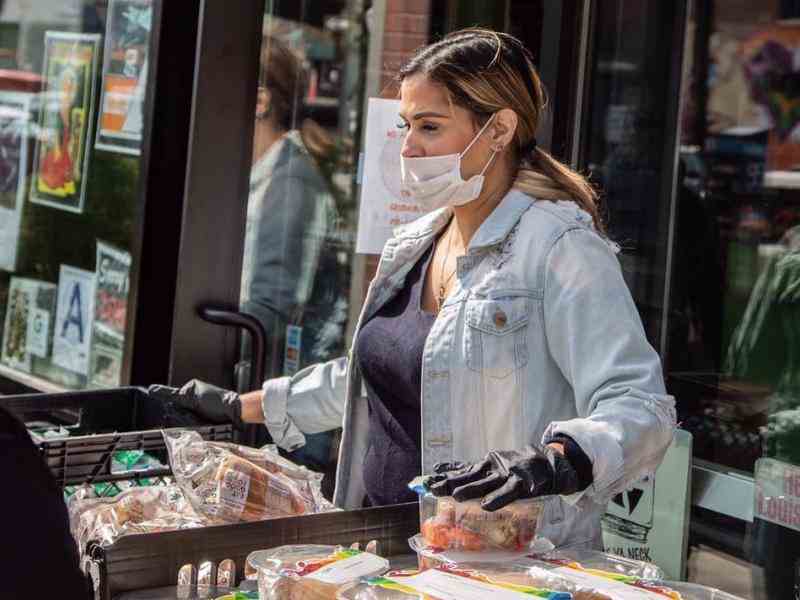 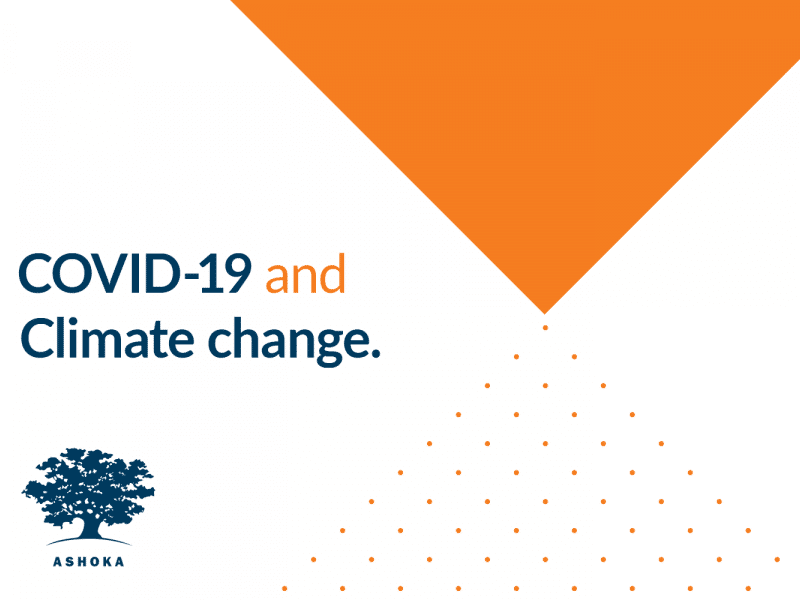 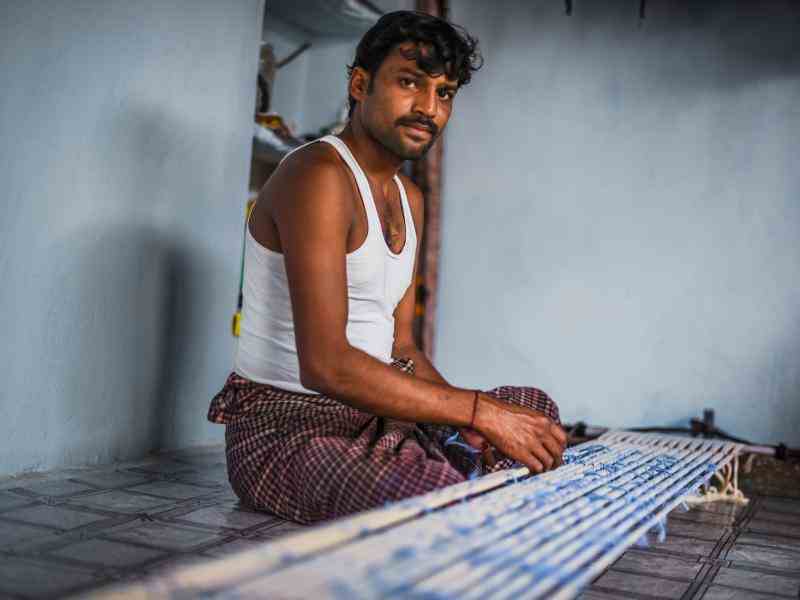 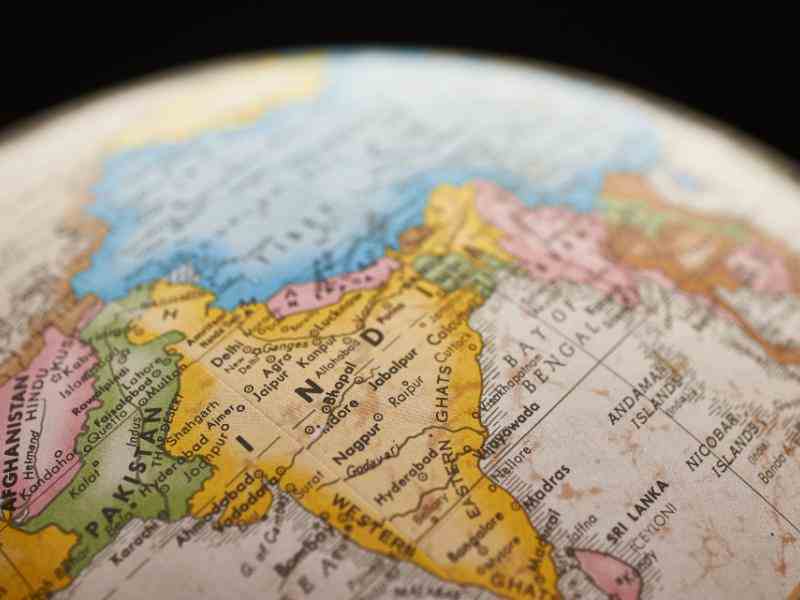