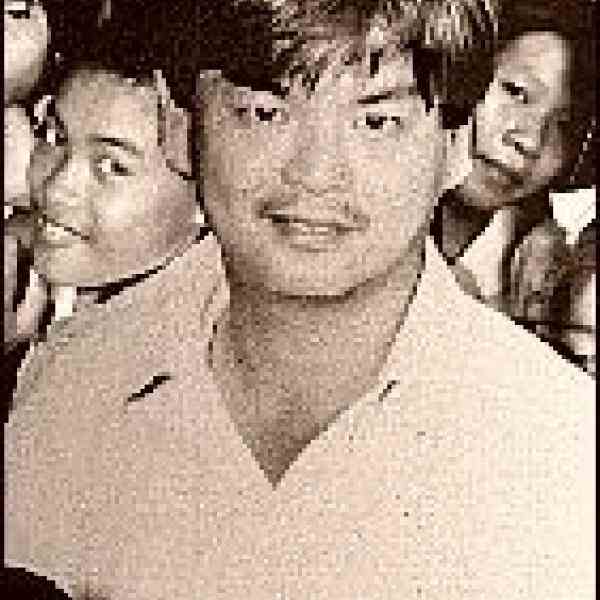 Montri Sintawichai has created a community-based system to shelter abused children and help their families, the first of its kind in Thailand. He is building a public sense of responsibility for children&#39;s needs and improved social services for families.

Unlike many of the more developed countries, Thailand has yet to institutionalize a system to protect the rights and lives of children. Thailand&#39;s public services are inadequate to deal with the problem of child abuse, and in fact they often make difficult family situations even worse. Because no legal framework exists, efforts to address child abuse have been restricted by the policies of public agencies and have produced little success. Montri Sintawichai has created a new model for intervention in cases of child abuse. It shelters and nurtures abused children and works with their families to improve the situations that lead to abuse. Montri&#39;s approach contrasts with Thailand&#39;s centralized system of social services, which are poorly equipped to work with families, and departs from the cultural custom of refusing to intervene in private family matters. He employs the combined efforts of the family, local leaders and public servants. His broad community base and his effectiveness have neutralized resistance from the government bureaucracy, which is now observing his program as a model for its own services. He also lobbies persistently to establish the legal framework for the society to protect the rights of children.

Children are among the most vulnerable and unprotected members of any society. In Thailand, various aspects of the culture may help foster child abuse. Children are viewed as their parents&#39; possessions, and interfering in another family&#39;s problems is considered a taboo. There also exists the belief that a child who suffers a difficult existence is paying for sins he or she committed in a past life. A major contributing factor to child abuse is poverty. In Bangkok, where Montri works, there are large numbers of rural migrants who have come to the city in search of work and live in makeshift conditions. Montri has observed a painful paradox: most of the migrant parents, in their desire to provide the best they could for their children, are often forced to work two or three jobs. This actually operates against the children&#39;s best interests since the pressure to generate a living thus prevents the parents from caring for their children personally. Frustrated and ashamed, the parents may become depressed or addicted to drugs. These manifestations can turn on children in patterns that include mental, physical and sexual abuse, and sometimes even slavery and murder.
There has been little support for children to be found in Thai law. For example, in order for children to legally attend school they must offer proof of a permanent address, a requirement that makes it difficult for the children of migrant workers to receive an education. Nor do the country&#39;s public institutions, particularly the Department of Social Welfare, provide adequate support for children. The Department&#39;s highly centralized structure does not lend itself to family outreach programs, which many have identified as the most effective type of intervention in cases of abuse. In addition, because Thai bureaucrats are poorly paid, there is often little incentive to work hard on this socially delicate issue. If an affluent parent is suspected of abuse, the whistle blower is far more likely to end up in jail than the abuser. In the rare instances where the abuse of a child in a low-income family is identified and a case is processed, the likely outcome is still grim. If found guilty, the defendant is sentenced to a term in prison, but the expenses incurred for the legal process still further undermine the family&#39;s already desperate financial situation.

Montri&#39;s strategy organizes a community-based approach to the problem, provides comprehensive help to both abused children and the abusive parents, and stimulates public awareness of the issue and pressure for necessary legal changes. In 1993 he established the Child Protection Foundation, which is a network of concerned citizens, public officials from the welfare department and the police force, community leaders, and medical practitioners; he has trained many workers and volunteers who staff a residential center operated by the Foundation. In early 1997 the center had 46 children under its care, while another 75 had already been placed in safer situations with relatives or foster families. In the last three months of 1996 alone, some 150 children were treated for physical or emotional abuse at the Center. Construction was recently completed for a new Center, which will offer more space to accommodate more children and activities. The land and architectural design for the center were donated by supporters of the Foundation.
Montri has focused on the rural migrant population for his work, though he collaborates with other organizations to study the problems of abuse for different groups of children, such as those who live in construction areas and slums and aliens at the Division of Immigration. His Center receives referrals from community organizations and also through emergency calls to the Royal Thai Police, who refer cases to it.
The first step in intervention is a visit to the household to determine the validity of the charges and discuss the abuse problem in a non-threatening manner. Generally, after much discussion and effort, the parents agree to have the child temporarily removed to the homelike Center operated by the Child Protection Foundation, where the parents are welcome to visit. When the child is brought into the Foundation&#39;s warm family atmosphere, he or she is provided with medical and psychological help, enrolled in school and slowly immersed in a busy schedule of courses, activities such as sports, camping, meditation and chores with the other children in the home. Teachers monitor the child&#39;s progress closely. Montri&#39;s program provides outreach activities with the family through Foundation workers and volunteers who spend extensive time with them in order to determine the root cause of the abuse problem and to devise a remedy. Unemployed parents who show a genuine interest in rebuilding their families are given counselling and help in finding jobs. If and when it is determined that the parents have progressed toward recovery, the child is returned to the family home. The Foundation continues to monitor the family through its extensive network of volunteers and associated organizations, and the child knows he or she can always return to the Foundation Home if the abuse begins again.
Montri has gained broad support for his efforts to replace the current ineffectual system with his intervention model. The Foundation presently has a growing base of more than 1,000 volunteers. Montri&#39;s work has attracted the attention of the mass media, the government and the universities, thus creating a wide public forum in which to address the issue of child abuse and its causes. Montri regularly reads public service messages on the radio. Khun Orasom Suthisakhorn, who contributes to popular Sarakhadi and Chan magazines, writes a series titled, &quot;There are Still Flowers at Dawn: Many Lives in the House for Child Protection,&quot; the stories of the children and the project workers; it is printed in the Matichon Weekly, a famous Thai newspaper that many people trust and support.
In conjunction with a local law firm, the Foundation works to introduce child protection laws in Thailand. One proposed law seeks to change the existing public institutions that deal with child welfare, and the Department of Welfare is observing Montri&#39;s program as a potential model for the public sector. Montri has also proposed that the government formally develop a policy to establish and support small, citizen-based organizations throughout the country that would monitor against child abuse and provide assistance to abused children and families at the local level. He is coordinating the work of local police departments with these local organizations to enforce their efforts. Montri is now involved in some of the key planning committees to set state policy on this issue.

Montri grew up in a fairly prosperous family, a child in the 1960s. He attended Sri Nakorin University and graduated with a B.A. in education. After graduating from college, he became a teacher at an exclusive school that was located near several housing complexes where he observed tragic neglect and abuse. The marked contrast between the life opportunities given to his more privileged students and those of the migrant workers&#39; children disturbed him. Initially, Montri became involved in children&#39;s rights while he was working with Ashoka Fellow Wallop Tangkananuluk, nicknamed Khru (Thai for &quot;teacher&quot;) Yui, to get slum and migrant workers&#39; children into school. He volunteered to teach these children in his spare time and learned that while even the poorest of families usually wanted the best for their children, some were unable to give even the minimum amount of love needed by a child. His experience and his understanding of the root causes of abuse inspired him to establish the Child Protection Organization to help the children and to alleviate the family problems that lead to abuse.
Montri is a member of a committee for the Ministry of Education on Teacher/Student Relations. He has written many articles and books on the subject of child abuse. One of the books, which tells the story of a girl sold into prostitution by her family, is used in high schools throughout Thailand. His wife and child live and work with him at the Foundation Home.