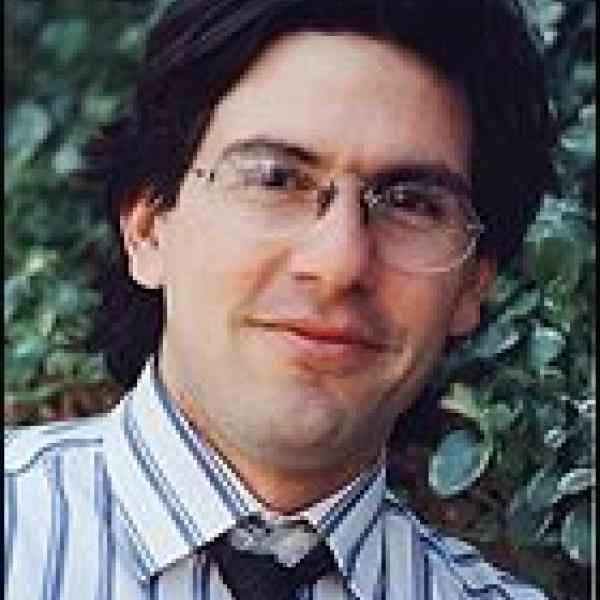 Martín Abregú is carving out a new agenda and strategy for Latin American human rights organizations. This strategy shifts both the content and form of traditional human rights work in the region from reactive to proactive, from radical strikes against disappearances, physical torture and other military crimes to deliberate use of media, lobbying, consulting and litigation tools for the protection of individual rights and civil liberties.

As the leader of a human rights organization that plays a pace-setting role in Argentina and all of Latin America, Martín Abregú is developing new strategies that will successfully address a range of issues quite different from those traditionally pursued by rights groups in the region and, in so doing, enlist the support of sympathetic government officials in advancing human rights causes.Martín is convinced that, in the current political climate, human rights groups will command the respect and support of large segments of the population only if they are effectively engaged in combating abuses extending well beyond political killings, torture and similar violations by the state. Accordingly, he is tackling a growing range of "new" issues, including discriminatory practices of public institutions and non-state agencies that adversely affect women, homosexuals, persons with disabilities, adherents of other than mainstream religions and other groups; inhumane and abusive treatment of detainees in police facilities; and denial of access to basic socioeconomic rights, such as adequate medical care in the event of serious illness.In his search for remedies for rights abuses, Martín is employing a flexible and expanding array of tools. He continues, of course, to make good use of the traditional and time-tested techniques of human rights organizations-painstaking monitoring and denunciation of violations, and related media campaigns. But he is also working directly with legislatures and other governmental bodies to stimulate new, rights-supportive legislation, public policies and state agency practices. And he is building new informal alliances with other rights-concerned groups, including universities, environmental groups and other citizen based and non-governmental organizations.

More than a dozen years have passed since the return of democratic government in Argentina brought an end to the torture, political assassinations and other egregious violations of human rights that had been the hallmarks of the preceding military and authoritarian regimes. But democracy and constitutional rule have not yet produced adequate protection of many of the basic rights that are guaranteed under the Argentine constitution and by international human rights covenants. Abuses of civil and political rights (e.g., through the absence of due process and equal treatment under the law) are by no means rare, and access to appropriate remedies for the victims of such abuses is exceedingly limited, at best. Transgressions of "second generation," economic, social and cultural rights are even more commonplace, and the search for effective tools for combating those violations has barely begun.Unfortunately, many human rights groups in Argentina remain locked into the agenda of an earlier era, seeking justice for the perpetrators of "disappearances" and similar crimes of that era and paying little or no heed to other issues for which remedies are both urgently needed and distinctly possible in the current political setting. Not surprisingly, therefore, such organizations are often simply ignored, or relegated to the fringes of current rights-related policy debates.As Latin American human rights groups struggle internally to resolve their post-transition identity crises, they must also contend with external factors that are forcing them to rethink their long-term goals, strategies and organizational structures. In Argentina and other Latin American settings, several international funding sources that many of them have long relied on are drying up. Unfortunately, moreover, local substitutes are proving difficult to find in market-oriented societies where "los Chicago boys" (the University of Chicago economists who were the principal architects of the Chilean free-market reforms that have served as a model for policy shifts throughout the region) have replaced "las madres de la Plaza de Mayo" as the heroes of the day. In that climate, the development of new, more effective, and economically sustainable human rights strategies takes on added importance.

Martín is transforming both the orientation and the effectiveness of one of Argentina's (and Latin America's) most important and now most pioneering human rights organizations, the Center for Legal and Social Studies. Established in 1979 with funds from non-governmental sources, including overseas foundations and private individuals, the Center played an important role in promoting and mobilizing support for Argentina's transition to democracy in the early 1980s. Martín is now devising and implementing a strategy that will enable the Center to take full advantage of a much-improved political climate in advancing timely and important human rights causes.With the twin aims of remedying hitherto neglected abuses and expanding the support base for the Center and the human rights community as a whole, Martín is focusing his and his colleagues' energies on a number of rights issues affecting large numbers of people but typically excluded from the agendas of human rights organizations. Prominent among them are avoidable failures of the appropriate public agencies to assure access to basic economic and social rights, including education, housing and medical care. Discriminatory practices based on gender, ethnicity, religion, sexual preference or physical and mental disabilities occupy a similarly important place on their list of priorities. The list also includes police practices and other politically sensitive topics, and, in late 1996, the Center organized a high-profile workshop on detention conditions in police precincts that focused considerable, overdue attention to serious rights abuses in those settings.In working tirelessly to improve rights-related policies and practices in these and other fields, Martín and his colleagues conduct the relevant research and investigation, denounce the abuses that they uncover and organize media campaigns to focus public attention on those abuses. But, unwilling to rely exclusively on those traditional tools, they are also working directly with legislative bodies and the appropriate public officials to secure the needed legislative and/or policy changes.In addition, in a concerted effort to broaden the human rights constituency and mount more powerful and effective rights campaigns, Martín is forging informal alliances with other groups with partially overlapping missions that are seldom incorporated in human rights initiatives, including relevant university centers, environmental groups and other citizen based organizations. He has also joined forces with Ashoka Fellow Martín Bohmer and his legal clinic at the University of Palermo's Law School in Buenos Aires to create a network of public interest lawyers to promote and perform pro bono human rights-oriented legal services. And finally, with the needs and contributions of succeeding generations in view, he is working with local secondary schools to incorporate the new human rights agenda into their curricula.

Martín was an adolescent when democracy was restored in Argentina after a lengthy period of military and authoritarian rule, and he has manifested an unswerving dedication to human rights and social improvement since his high school days. When he began his studies for a university degree in law, Argentine society was swept up in the dilemma of how best to respond to the human rights crimes of the former regimes, and trials of former military officials were under way. In that setting, Martín's interest in law as a tool for advancing human rights and social justice was whetted, and he and other law students of similar bent decided to publish an alternative legal journal addressing rights issues. That creative endeavor played an important role in strengthening his growing conviction that nontraditional legal work was a promising avenue for the achievement of important social aims.A Ford Foundation fellowship gave Martínn the opportunity to pursue a master's degree in international human rights law at the American University in Washington, D.C., where he honed his legal skills and acquainted himself with the tools employed by successful human rights organizations around the globe. Work experience at Americas Watch (now Human Rights Watch/Americas), under the tutelage of an exceptionally able scholar/activist who had himself fled Argentina to avoid torture at the hands of the military, gave him hands-on experience and reinforced his commitment to return to Argentina and work for needed human rights reforms both in his own country and throughout Latin America.Upon his return to Buenos Aires in 1994, Martín was appointed executive director of the Center for Legal and Social Studies. Despite his youth, he now enjoys a well-earned reputation for pioneering work in the human rights field and is often turned to by the New York Times and other major publications for authoritative observations on rights issues in Latin America.