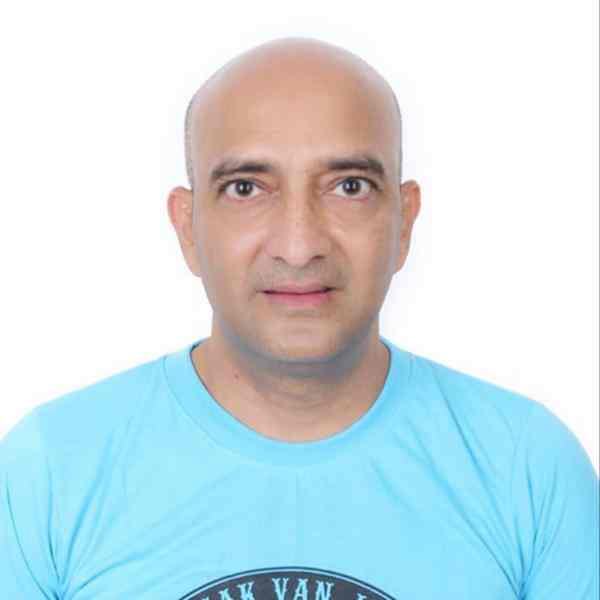 Indonesia is beginning to wake up to the reality of its AIDS epidemic. As a new field develops to deal with the medical and social aspects of AIDS, a pressing question for the citizen sector is what role can and should be played by people living with HIV and AIDS.

The rapid spread of infection in recent years made Daniel realize that the time had come for AIDS organizations to take an evolutionary step. He sees the future of the public movement against AIDS rooted in the action of local groups, working in a decentralized but coordinated way. At the center of Daniel’s vision are Indonesians from all walks of life who live with the disease. Daniel is empowering those infected and those affected—family members, spouses, and children to form groups that can reach out and support others in various ways. Spiritia, the organization he leads, has helped start sixty independent groups in 20 provinces over the past 3 years. The groups accommodate people from diverse backgrounds who also vary greatly in how willing they are to speak out publicly about their status.

Daniel believes that infected people can take the lead in their communities to support others and advocate for the services and care they deserve. This system of empowering individuals most affected is meeting the urgent challenge of how to reach out to people at the local level and comes at a time of new opportunities afforded by the decentralizing of resources and the authority of government agencies. When a group feels strong and ready, Daniel encourages them to take on a more public role. This may involve educating and lobbying the related agencies, hospitals, and decision makers to fulfil service provision needs, influencing public attitudes and policy, and finding innovative solutions appropriate for their region.

Daniel and the Spiritia team actively initiate links between the organizations. Acting as a national umbrella organization for the network, Spiritia has succeeded in inspiring the creativity and problem solving skills within these groups. Most of the approximately 1,000 infected people who are members of the groups have become actively involved in the response to HIV/AIDS in their regions.

Spiritia has created channels of communication between groups and helped several of the groups with well-established programs to now act as regional umbrella organizations to encourage the formation of more support groups in their provinces.

In contrast to the 1990s when Indonesia was considered a low prevalence country for HIV/AIDS infection, there is currently an explosion in the number of people infected and affected by the disease. While those living in urban centers may have access to knowledgeable doctors and enlightened service providers due to the work of dedicated activists, people living in small, provincial towns and villages face much greater obstacles.

All too often they lack access to information and services and face discrimination leading them to feel isolated and without the support they need. Their essential rights to medical treatment, confidentiality, and personal safety are often denied them, while some infected people have lost their jobs or been forced to move away from their homes. The lack of confidential testing services and fear of discrimination has meant that the vast majority of people infected have not been tested and do not know their status.

Programs that exist have tended to focus on prevention and have targeted specific high-risk segments of the population such as homosexuals, sex workers, and injecting drug-users (IDUs). Years of government denial and existing prevention programs focusing upon these groups have added to the stigma associated with HIV. Service provision has not been prepared for the diverse populations affected. City-based organizations and the centralized mindset of the agencies designed to deal with the issue have been unable to keep up with the needs of people in provincial regions. Limited resources, information, and services have meant that some infected people have turned to forms of treatment that have actually worsened their conditions. Because of the efforts of Daniel and Spiritia, as well as other activists and donor agencies, anti-retroviral drugs (ARV) that can turn the infection into a chronic condition, are now available fully subsidized by the government. However, the means to reach out to the people who need them and provide these drugs with the intensive monitoring required has been missing.

Most government and community efforts to deal with HIV/AIDS have treated the people who are infected as objects rather than subjects. Including them in efforts is often a token gesture focused on providing testimonials. Programs have been created from the perspective of what people think is best for infected people, rather than their actual needs. Infected people themselves have not been actively and meaningfully involved in working towards solutions either by being given the means to offer support to others or to interact directly with the agencies and institutions that provide required services. Few operate according to the theory that Daniel espouses, the Greatest Involvement of People Living with HIV/AIDS Principle, (GIPA), which encourages consumer-driven HIV/AIDS work that involves HIV infected people at all levels of planning and implementing of treatment and support programs. Ad hoc events and campaigns have failed to develop the sustainable civil society movement needed to create the systems for a positive response throughout the country.

Daniel is working to localize, decentralize, and strengthen the response to the AIDS epidemic in Indonesia. He began by reaching out to infected people in 50 provincial cities and towns throughout the country. He visits with teams of 4 to 6 people composed of Spiritia staff plus members of previously established regional support groups. The teams always include people infected and affected by HIV/AIDS willing to speak openly. The first step is to introduce people within a region and assist them with the skills to form a group based on mutual respect and empathy, capable of providing real support to the members. Strengthening these groups at this initial stage is a key to members’ commitment and involvement in the future. Daniel is very open and inclusive in his approach to encouraging people to form groups and define their needs.

Technical assistance for support groups in the form of trainings, modules, booklets, newsletters, and information sheets are provided as tools, so those who have been trained by Spiritia can train others. Trainings cover such diverse skills as building self-esteem, positive living, public speaking, treatment education, and ARV treatment support, among others. Spiritia has provided small grants to approximately 20 of 60 groups to assist them with the costs of holding meetings or running a small office.

When members of a local group feel ready to make the transition from offering internal support to becoming a public resource, Daniel’s team joins them in the initial steps to meet with regional stakeholders, such as the regional AIDS Commissions (KPAD), legislators, health officials and health care providers, as well as academics and local organizations as supporters. Some regional AIDS Commissions now include people infected and affected by HIV as their members, and they often refer people to established peer support groups. Spiritia is also promoting the establishment of institutionalized support groups within the more than 75 planned AIDS referral hospitals around the country, to encourage a higher degree of adherence to anti-retroviral therapy needed to avoid the development of resistance to the drugs.

Daniel describes “HIV Stops Here” as an initiative at the heart of all their work. Although attempts to promote similar campaigns have been rejected by infected people in other countries, Daniel has found infected people who have been empowered in support groups in Indonesia are receptive and support the idea of practicing responsible behavior and being the key to breaking the chain of transmission. Daniel envisions Spiritia’s role in facilitating the concept into action by working with support groups to develop practical programs such as harm reduction and condom supply.

Recently, provincial or region-wide meetings of infected and affected people (all Java and Sumatra) have been initiated to help encourage ideas and plans on the next level of involvement for individuals who may or may not represent groups, and in which specific regional issues can be addressed. Daniel is currently planning an Indonesian Congress for infected people. The target individuals will be those who are considered “senior,” in that they have been working in support groups and organizations for years and bring substantial experience to share. The goal is to recharge their commitment and generate ideas for their further involvement.

Representatives of support groups have also held national meetings and visits to share experiences are frequently undertaken. Groups that are well established have been encouraged to become umbrella organizations at the regional/provincial level with four currently acting in this capacity, in Bali, West Java, North Sumatra, and West Kalimantan.
As the number of support groups grows, Daniel is also weaving these developed links into an active Web of support. The links between regional groups and regional service providers, donors, educators and others is promoting the growth of a vital civil society movement in which citizen involvement ensures accountability in service provision, and an equally important exponential growth in empathy and understanding.

Daniel was born into a close-knit family in Medan, North Sumatra. After completing his degree in Business Administration, in the mid-1990s he began his career in the private sector taking on the management of the personnel and general affairs department of a well-established company in Jakarta.

When a close relative became sick with an HIV related illness in 1996, Suzana Murni (Ashoka Fellow elected in 2000) and Chris Green, who had just established the Spiritia Foundation, visited him and provided moral support for Daniel and his family. His relative eventually passed away, but Daniel felt the support from Spiritia was incredibly helpful to him and his family, and this led him to begin to regularly volunteer his time with the group.

The number of reported cases of HIV/AIDS in Indonesia in the mid-nineties was still relatively small, and Spiritia focused on reaching out to individuals. In those early days, Spiritia was an informal organization with no funding, so all those involved contributed from their own pockets for office supplies.

Suzana was the first person infected with HIV in Indonesia to speak out in public, and her vision was to empower people living with HIV with information and skills, as well as moral support to live more healthy lives. Daniel brought his management skills and natural abilities as a speaker and facilitator, and his involvement steadily grew, as did his commitment to the people. He contributed all his free time to Spiritia’s activities and building the vision.

When Suzana fell ill in 2002, Daniel made the decision to leave his successful career in the business world to devote himself full time to Spiritia. Suzana’s struggle against AIDS-related lymphoma ended in July 2002, and since her death, Daniel has led the organization. The drastic increase in the numbers of people infected throughout Indonesia has prompted the need for a change in response.

Daniel combines superb interpersonal skills with his vision to build a system in which it is possible to reach out, encourage and support people to be innovative in solving problems in their own regions. His focus is on community building through organizational development to meet the challenges of diverse populations in widespread regions, while constantly strengthening the links between groups. This civil society response has been recognized as a model in the Asia region.