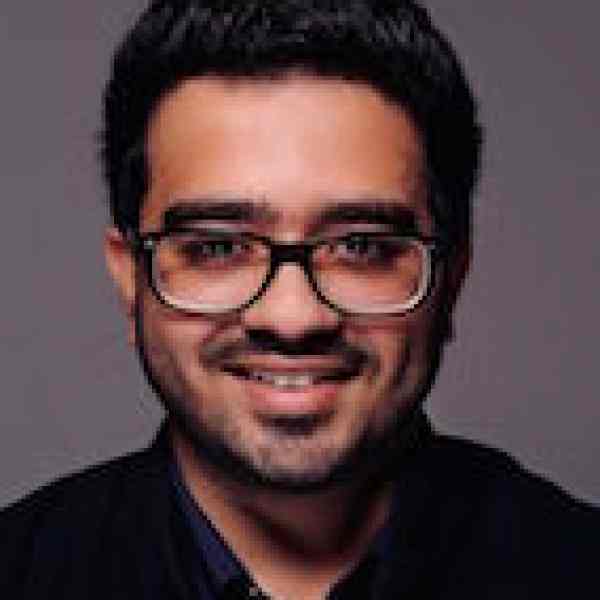 Recognising that the lack of participation of Indian youth in mainstream social discourse is the flip side of an opportunity waiting to happen, Anshul has created India’s first platform that crowdsources opinions of the youth on their experience of social problems. Leveraging this as media content, Anshul has built an engaging and purposeful national conversation between citizens, aimed at challenging status quo and catalysing social change they want to see.

Anshul is creating an open and democratic, online media space to build an informed and engaged citizenry among youth. His media company, Youth Ki Awaaz (YKA), crowdsources written narrative pieces, op-eds and personal stories to highlight issues of social, cultural and political importance which are not reflected in mainstream media narratives. He combies journalism with technology to change the way media is produced and consumed, therby overcoing structural limitations to media’s capacity to actively engage citizens.
Youth, even if they are aware, are familiar with cultural expectations to remain silent on socially provocative issues around sexuality, violence, religion and political patronage. They have had little opportunity to voice their experience of social problems to an audience larger than their immediate social groups. By creating a powerful space for speaking and responding to issues tabooed by society, but which nonetheless have a deep impact on citizens’ lives, Anshul is gradually shifting this generation from silence to engagement and action.
Anshul is generating an online, national conversation between citizens. That conversation not only breaks stereotypes around the apathy of the youth, but also demonstrates that citizens can be a core part of creating quality ethical media. YKA’s unique editorial policy and standards actively build capacities of youth and citizens to develop journalistic skills. For instance its ‘online internship program’ trains young people on the requisite skills and confidence to articulate crucial issues and challenges they face, and contributes to their further development as communication professionals through ongoing feedback. While spurring 100-150 new writers every month, with a readership of over 2 million a month, YKA connects citizen voices to a wide audience to advocate with like-minded people and organizations, by strategic use of social media tools, digital campaigns and online journalism skills.
Anshul is now targeting potentially active audiences in tier-2 cities and smaller towns, to position YKA as a hyper-local platform where issues of local importance and can be read, and written about by citizens. In addition to developing Hindi and other regional content for the website, Anshul is launching a mobile app to spread to different geographies, given the high levels of mobile penetration in rural areas, and especially amongst the youth. Anshul is designing to crowdsource local content, in order to spark granular-level conversation and debate about issues important to citizens and youth of the areas, and to give them the platform and voice to make that happen.
Instead of depending on the corporate or political adverstisements so familiar in media, Anshul innovatively ties up with large non-profit organisations to co-create in-depth and editorially comprehensive campaigns that engage a vast number of people on social issues. This new type of business model helps YKA engage their readership with these issues, as well as create a sustainable revenue stream to build an independent, citizen-driven and non-partisan media outlet.

In the general elections of 2015, almost 23,000,000 young voters, between the ages of 18 and 19 were registered to vote (The Indian Express). This indicates that India’s growing youth population will have a significant impact on voting trends, policy decisions and cultural changes as their voting share increases.
However, despite their political importance as a voter base, they remain disconnected from mainstream opinion-making. Discouraged by a culture of silence enforced by adults in society, the youth seldom find opportunities to speak up about their experience of social and political phenomena. Status quo is encouraged not only in social circles, but reflected in mainstream media, which is not designed to spark action by citizens.. Media channels, online and offline, are focused largely on politics, sport and entertainment, media channels (online and offline) which by their nature focus on other than youth opinion, or youth’s experience of social problems, or dissent against status quo. In the end, instead of actively participating in creating its content, citizens, particularly the youth, are turned into passive consumers of media.
The internet has created the potential for people to express their views online, but the design of the tools is well-suited to short-lived social media posts, or blogs, which have a small, and often homogenous audience. Additionally, while there have been nascent efforts to introduce ‘citizen journalism’ by mainstream media, these efforts have not been scaled and remained ‘alternative’ news. This is because media houses are not designed to invite, vet, edit and publish citizens’ views on a regular basis, and depend on the authority of a select group of established voices. They do not spend time or resources collating, curating and presenting the views of the citizens, especially young people, to a wider audience. Their online platforms also mimic the offline space. In addition to this, given the reliance of media companies on advertising revenue, seldom is reporting or editorial free from bias. As a result of these restrictions, issues that citizens want to express and discuss with a larger audience do not have a space in the mainstream discourse.
In order to leverage this historical youth dividend in India, it is now imperative for non-partisan and non-judgemental spaces to develop, where citizens are free to speak up on issues of both national and personal relevance, and connect their voices to a mainstream debate. Given the restrictions of the current mediascape, there is a need for an independent media channel that can reach out to a mass audience, which focuses on providing a platform for citizen voice, response and targeted action – and which can draw in responses in numbers big enough to constitute a genuine audience and sustained conversation.

Anshul was born into and grew up in the internet generation. He developed a keen, early liking for the freedom and democracy that the online space provided to citizens like him to express their views. On the other hand, an ardent follower of mainstream news and opinion, Anshul grew increasingly distant from it, realising that it didn’t reflect his own views and opinions as a citizen.
Furthermore, he wanted to challenge the notion that young people’s views were not nuanced and well-informed and could not be included in mainstream discourse.
In resposne, Anshul started YKA as a blog in 2008, to write about mainstream topics from his point of view. At 17, even as he graduated school, he created a small group of like-minded contributors for the blog. As the readership grew steadily, Anshul wanted to open up YKA to new circles, and began a modest pilot with an online internship course for new writers to hone their skills and articulation, even as he worked on his own through journalism school.
In college, Anshul’s spirit of inquiry was further charged by the atmosphere in journalism school, and he recruited members of his batch to expand and diversify the content on YKA. However, on account of personal differences, these classmates left and and mounted a severe critique of Anshul and YKA within the college. This proved to be an extremely challenging phase in Anshul’s life as he came face-to-face with severe bullying and emotional abuse from his former colleagues. Finding no support within the faculty, Anshul instead channeled his energies towards building YKA into a full-fledged website. This phase also taught him the importance of speaking up against injustice and became a cornerstone for YKA’s own philosophy to give a voice to those who didn’t have the power to do so.
Bootstrapping his enterprise from the very beginning, Anshul’s early life experience pushed him towards being fiercely independent, which is reflected in his choice to not depend on corporate or political patronage to grow YKA. Anshul envisions that through building more products and platforms within YKA, he will champion a new form of citizen - led social advocacy which will reach out a large audience, and impact real change on the ground.