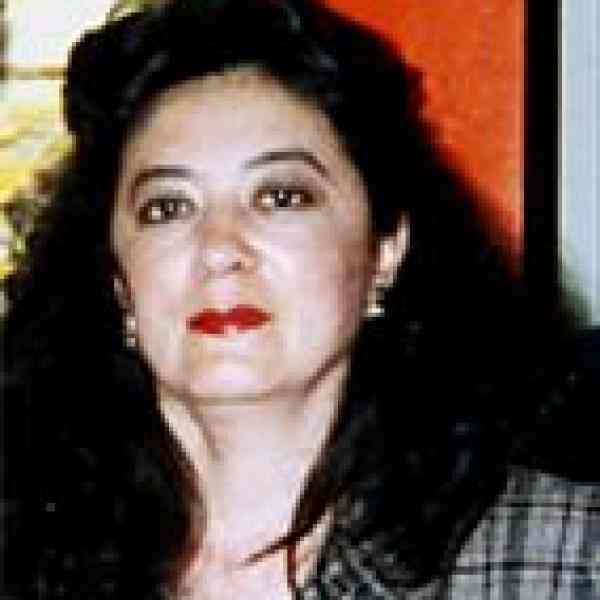 Ximena Costales rehabilitates prisoners in Ecuador through self-employment training and the establishment of small businesses. Her approach virtually eliminates recidivism while sowing the seeds of self-employment in poor communities.

Ximena Costales has developed a system to form micro-enterprises in prisons. Linked to a larger vision of prisoner rehabilitation and community development, Ximena's program follows the prisoners upon their release into the community, where business activities are continued and extended. Piloted in three men's prisons in Quito&#150;Hogar San Pablo, Penal García Moreno, and Prison Number Three&#150;over the past three years, the program has demonstrated dramatic success. Since its inception, some 1,400 inmates have participated in nearly two dozen businesses. Of the 100 prisoners who went through the program and have been released, none have been returned to prison.Several innovative features of this program explain its effectiveness. First, inmates are linked to released prisoners and to the poor communities in which they live. As a result of this network, benefits (e.g., skills, jobs/self-employment, and pride) are extended through all three groups.Second, the initial prison-based micro-business training programs are of a very high quality, and they are organized to draw upon underutilized skills among the prison population as well as volunteer non-prison resources. (For example, Ximena has enlisted the support of the School of Business Administration at the Catholic University of Quito in a program mixing business students in marketing and planning for prison-based business.) And third, accepted environmental practices are incorporated in the new businesses. Recycling and low environmental impact manufacturing processes are emphasized.

Poverty and prisons are linked in complex ways, as are discrimination against indigenous persons and poverty in Ecuador. It's estimated that 99 percent of Ecuador's prison population are poor and 14 percent are indigenous. With few positive alternatives, all too often impoverished people are caught in a life of petty crime.Currently there are no state prison rehabilitation programs. Indeed, the state scarcely has the resources to feed prisoners and pay prison employees. Modern concepts of rehabilitation do not exist in Ecuador. The absence of prison rehabilitation is indicative of the larger failure of society and government to address the underlying problems of poverty and discrimination.

Ximena's strategy links prison rehabilitation through skills training to small business start-ups that can begin to provide jobs and recirculate income within poor communities. By teaching prisoners self-employment skills, she instills pride, builds self-reliance, and provides direct material benefits both to the individual and the community at large. Once inmates are released, their skills and new business follow them to their home communities.Ximena first developed a small business training program several years ago when, by chance, she began by working with groups of prisoners. Initially Ximena taught prisoners to write small business plans and develop basic accounting skills. She found that the inmates wanted more; they wanted to apply their new knowledge. Under Ximena's tutelage and with the assistance of volunteers, nearly two dozen inmate businesses were launched over a three year period. Additional community-based businesses have been established by prisoners after release. After learning how to read and write, prisoners are given at least 40 hours of instruction in basic management, total quality management, and higher-level business techniques. Her most advanced students tutor fellow prisoners in reading and writing. Literacy is a prerequisite to taking the business management courses.Ximena relies on a self-help model to encourage the prisoner/students to take charge of their education. Coursework and texts are developed by the prisoners and are tailored to fit their culture. And to facilitate learning, Ximena offers non-violence training to help prisoners communicate effectively. Ximena's goal is to help prisoners learn how to live their lives with dignity, take charge of their own lives, assume leadership roles, and devise plans to become productive members of society while retaining their cultural identity. Ximena has also drawn in the School of Business Administration at the Catholic University of Quito in a program that involves business students in marketing and planning for prison-based businesses. Plans call for the program to offer academic credit to inmate/students. Once inmates are released, Ximena's program follows them into the community. She has established a group of volunteers who assist prisoners in transition from life behind bars to small-business practitioners. To date, Ximena has helped form some 23 prison-based businesses, of which half a dozen have expanded to operate in communities upon the release of participating inmates.Ximena has successfully tapped development aid finance to pay for some of the training program's operating costs and to help launch the prison businesses. The National Corporation for Financing, USAID and Peace Corps has played a major role in financing Ximena's program. Some 45 percent of the prisoners are Colombian, and the Colombian Embassy has financed some workshops. Funding and support has also come from Spain and Germany. The Swiss, through an organization called Swisscontact, have underwritten some of the skills training.Goods and services produced by the prisoners' micro-businesses attract buyers. The Ecuadorian government and private companies in the United States, Europe, Columbia, and Chile have purchased wooden toys, jewelry, and other products.Three examples from among the 23 businesses in operation illustrate the breadth of what is being undertaken by prisoners.Inmates at the San Pablo Rehabilitation Center in Quito operate a successful carpentry business. The necessary start-up equipment&#150;including machines, tools, equipment, and protective gear like hard-hats and gloves&#150;were secured by grants totaling some $60,000 from various sources. Prisoners organized the company, designed the marketing plan, and calculated costs. As a result, pre-schools throughout Ecuador have purchased finely-crafted sturdy tables and desks made by these enterprising prisoners.The Tagua Workshop was set up with 80 percent funding from the Fundación Colombia. Among the wood products produced by this unique company are wheels for toy trains made by yet another prison wood crafts company. By linking the two companies, the prisoner-entrepreneurs have learned to coordinate production to strengthen both enterprises and boost profits. This company has also began producing environmental products and created the buttons for World Wildlife Foundation's National Tagua Campaign. Prisoners at Prison Number Three in Quito are developing a very different type of project that will dispose of potentially dangerous medical waste without harming the environment. The prisoners plan to produce and distribute a syringe-destroying machine. The patent was donated by the inventor of the machine (also an inmate). Delegates of the World Health Organization in Ecuador and other Ecuadorian organizations are very interested in this project.Ximena is currently at work writing up her method in book-length detail, from the business skills training methodology to case studies of the prisoners' businesses. She will use this to accelerate the expansion of her approach, which until now has proceeded mainly by word of mouth.Word of mouth has not been slow, however. Several Harvard University graduates students studied the prison-based carpentry business and are using Ximena's program to develop a rehabilitation program at a prison in Houston, Texas. David Van Patton from Dare Mighty Things Co., a U.S. organization that supports the International Prison Fellowship, is also studying the program. Ximena's vision has already changed the political landscape in Ecuador. During the 1996 elections, every Ecuadorian presidential candidate felt obliged to visit Ximena and learn about her prison programs. And the "2-for-1 Law" (reduction of sentence following study, work, and good conduct) is now being debated in Congress.

It is no surprise that Ximena has dedicated her life to helping her poor neighbors. She was born into a family known for its dedication to peace and justice. For over 50 years, her parents, who are anthropologists, have championed indigenous culture through pioneering research and publications. Their landmark work has played a major role in helping indigenous people retain their cultural identity. During her university years, Ximena studied social anthropology, teaching, and history. But once in the working world, she became convinced of the strategic importance of business skills in eliminating poverty and she returned to school to study business administration. Over the years, Ximena has worked with peasant farmers, colonists in the Amazon area, poor women from various countries, indigenous groups, and street children. An active member of the feminist movement in Ecuador, she formed the country's first union of prostitutes. Since 1994, Ximena has worked exclusively on her prison rehabilitation project. As she spreads her work, she looks forward to deepening it in two qualitative dimensions. She wants to broaden the program within prisons such that the prison experience itself becomes business administration education combined with small business start-ups and operation. She also wants to anchor the prison-initiated small business momentum in poor communities such that the program becomes a fully-fledged national poverty alleviation program.