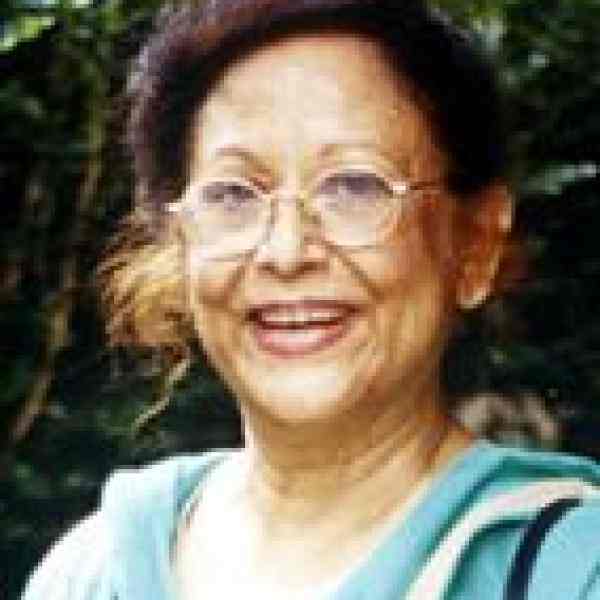 Suraiya Haque is addressing the issue of work place based day care centers in Bangladesh. She has developed and implemented working models for factories, offices, and community based centers. Her organization also provides training on management of day care centers so that the factories and offices are eventually able to run the centers themselves.

Urban working mothers, mostly from low-income groups, face great difficulty in terms of accessing child day care services. Most of them are forced to leave their children unattended in their slum dwellings exposing the children to great risk and inadequate nutrition. Mothers also tend to be less productive in the work place as at times they are unable to attend. Suraiya is the first person in Bangladesh to introduce and implement work place based day care centers. Her organization, Phulki, is the only such service-providing agency in the country. Till now she has established 24 community-based day cares and over 15 centers in factories, offices and government departments.
Suraiya&#39;s primary focus is on the garment industry, which employs over a million people, mostly women. Providing such support services for women workers is not only essential, but is required by law. Unfortunately, most organizations and enterprises choose to ignore this. Through developing community and work place day care models, Suraiya believes women&#39;s access to employment will increase. In addition, their children will be looked after in more secure surroundings. In the community-based day cares, she is involving the fathers who have traditionally been less responsible for childcare. There are monthly meetings with mothers to discuss various issues including cost-effective nutrition.
Suraiya sees the potential and need for spreading the model to other sectors such as NGOs and banking. She has instituted and handed over management of the day care center at BRAC, the largest NGO in the country. In addition, she was responsible for setting up similar centers at the Government Secretariat and the Women Affairs Directorate

In her early years, Suraiya grew up in a privileged environment. Due to social pressures, she was married off while in class ten. Her in-laws did not allow her to continue her studies even though she was good student. Since she came from a well-to-do family, her parents were of the opinion that no wife in the family should need to work. After a break of eight years, Suraiya returned to school against her husband and in-laws wishes. She continued her education till her Bachelors degree with no support from anyone. Even her mother at one point advised that her stubborn attitude towards academics was detrimental for married life. In the early 80s, she ran the floor operation of a garment factory in Chittagong City. Prior to her joining, the garment women were given three months training and then placed in the production cycle. Suraiya changed the format and within 15 days the women worker were involved in the production of garments. The efficiency and productivity of the factory increased significantly during her tenure.
After a few years, she and her family moved to Dhaka City. Once a woman came to seek domestic employment in her house but Suraiya refused as the woman had a child with her. She later regretted her actions and started discussing the idea of workplace day care. She established Phulki in her home garage in 1991, and her two sons donated their first paycheck for the start-up costs.