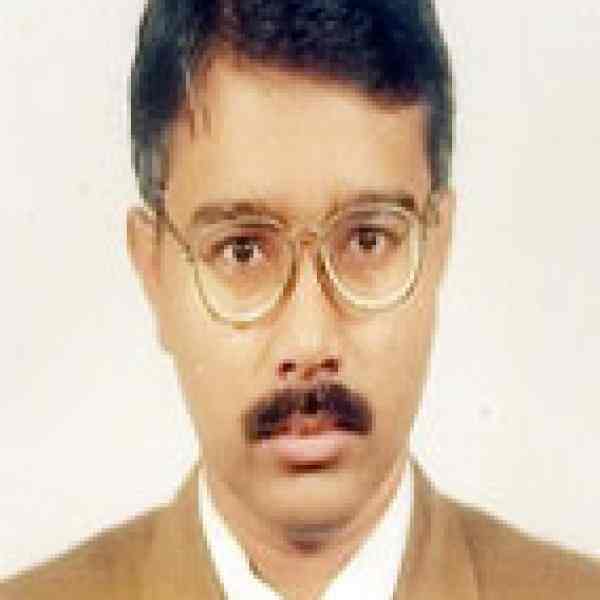 Inspired by the need for preparation of Bangladesh’s students for the International Mathematics Olympiad and the need for Bangladesh’s youth to succeed in new fields of science and technology, Munir Hasan is changing the way math is taught and understood by everyone in the country. Through daily mathematics publications in national newspapers and new textbooks, training for teachers, and mathematics festivals that reach tens of thousands of students and their families, Munir is making math a joyful priority for teachers, students and communities, and better preparing students for the new global economy.

Munir’s new approach to mathematics education in Bangladesh brings together students, teachers, communities, publishing houses, universities, and local governments to create an exciting new culture of mathematical learning and exploration. By opening dialogue among students, teachers, and communities, and developing partnerships among educational institutions and individuals, Munir works at all levels of education. Munir is systematically tackling the challenges of making mathematics accessible. To ensure market demand and engaging materials for students, Munir has created a demand among the public for publishers and teachers to collaborate on publishing new mathematics textbooks and materials. To foster a new culture of learning and instruction around mathematics, Munir has altered the dynamic between teachers and students while making math an enjoyable community-building activity through popular mathematics festivals. The changes Munir has fostered are not only opening new markets and revolutionizing the education sector of Bangladesh, but are also creating new avenues of opportunity for students, communities, schools, and local governments. Munir’s national movement is leading to substantially more science students, more enthusiastic and better educated grade-school children, and a sense of awareness and responsibility within communities, schools, and universities. Additionally, the result has been a remarkable improvement in achievement of Bangladeshi students in the International Mathematics Olympiads, one of the most prestigious academic events in the world.

Munir sought to understand the reasons behind students’ fears of math and discovered the discouraging the subject is taught in schools. One problem was that it was embedded in the old, totalitarian educational system, when math education involved rote memorization and teaching in a manner that did not allow space for reflection or questions.

In 1991, as an employee of the university, Munir was invited to join a group tasked with promoting the math Olympiad in Bangladesh. He became the director of a new program to implement math Olympiad training; hoping to utilize the program and mandate to find workable, learner-friendly solutions to improve both the aptitudes and attitudes towards mathematics in Bangladesh.

Munir implemented the pilot program in 2002. His idea was to create an atmosphere in which students could develop friendships, share experiences, and have fun within their mathematics education, while also interacting more dynamically with teachers. He went to various cities and tested the idea, called “friendship sessions,” in which students met, played, sang, and discussed math freely with teachers. Following a “friendship session,” Munir turned the focus to the Math Olympiad and encouraged students to take the next step in their mathematics education by participating. This was a great success, and Munir understood that instead of only reaching out to students in preparation for the International Mathematic Olympiads, he should offer local mathematics festivals to engage them year-round and in their local communities and regions. After several iterations and pilot versions, Munir developed programs, traditions, and “non-negotiables” that makes involvement in the mathematics festivals engaging, inspiring, and productive for students and teachers. While these mathematics festivals take place across many cities in the country and involve thousands of different students, teachers, and community members, all the festivals still embody certain core components.

First, students are engaged in the mathematics festivals through relationship and character- building activities as students share stories, sing, play sports, and gather around bonfires to talk and develop friendships. An oath is taken by the students at this stage to be honest, clean, and to never drink or take drugs.

Next, students participate in the International Mathematics Olympiad. Not only is the Olympiad exciting for a young student, but it serves to dramatically open their eyes to the power and excitement of mathematics and the important role it will play in their future.

Finally, the mathematics festival abandons the current academic culture of rote memorization and lectures for in-depth and open question and answer sessions with teachers. During these sessions, students are encouraged to ask questions freely and to work with their teachers and peers to come up with solutions and further questions. While a seemingly a simple strategy, the power these sessions have had to change the culture of mathematics in the hearts and minds of Bangladeshi students and teachers is truly astounding. Given the success of this innovation, Munir has realized how involving teachers and making question and answer sessions an educational institution is critical to both the success of the mathematics festivals and the radical culture shift he inspires. To accommodate the teachers and create a greater impact, Munir has transformed mathematical festivals from being only extra-curricular weekend events to institutional programs with a place in the regular weekday curriculum. Additionally, to show respect toward teachers, Munir recruits them as festival speakers and give them the opportunity to address large crowds of students and the community.

Seeing the success of the festivals, and their rapid spread in 2003, Munir registered his programs as a legal entity, the Bangladesh Mathematical Olympiad Committee, of which Munir is General President. As such, Munir heads the committee of mathematicians, physicists, and engineers to promote and organize participation in the Mathematics Olympiads and select the competing teams.

When Munir began working to change the culture of mathematics learning and instruction, he faced challenges finding textbooks for teachers and students to use. At the time, publishing houses refused to publish any sort of mathematics books, since they didn’t sell well. Munir realized that creating demand for math publications was just as critical for his movement as the textbooks. Initially, he made a deal with Daily Prothom Alo, the largest daily in the country, to publicize mathematics puzzles and riddles. As Munir’s mathematics festivals became increasingly popular across the country, so too did the daily puzzles and riddles. Ultimately, the math puzzles became so popular that Daily Prothom Alo expanded the column into a special mathematics insert magazine that was later adopted by other newspapers. With market demand for mathematics materials established, publishing houses soon approached Munir to develop mathematics books for all levels.

Following this revitalization of the market for mathematics textbooks in Bangladesh, Munir circulated a letter to schoolmasters and teachers in 2004, outlining his intentions to launch a teachers’ movement. Seeking to inspire the teachers of Bangladesh to work together to improve the mathematics materials and instruction available to their students, one of Munir’s first achievements was to gain teachers’ commitment to work with publishing houses to write new, improved textbooks to match the market demand and their teaching needs. This elicited a renewed sense of responsibility and excitement among teachers, who are teaching one another new instructional methods, holding workshops to share best practices, and learning how to increase their students’ understanding and excitement for mathematics. The teachers’ workshops began in 2007.

With publishing houses, teachers, and students all invested in Munir’s movement to change the culture of mathematics in Bangladesh, Munir has begun using different strategies to attract and involve governments to attain sustainability, replication, and institutionalization. In 2005 he began cooperating with a social organization to advocate for government involvement and support, starting with the lowest (union) level of government in each region. Early on, Munir worked with twenty union programs, and fifty in 2006. These efforts were intended to make the local government accustomed to contributing logistically and financially to Munir’s efforts. For example, Munir got the unions to agree to feed the student’s for one day during the festivals.

Additionally, Munir has launched a movement among university students in which they travel to distant schools to work with teachers and help them reshape their mathematics programs and launch their own mathematics festivals.

The success Munir has attained in just a few short years is truly astounding. In 2007, 20 percent of the 10,000 schools were involved and fourteen places hosted regional mathematics festivals in which 20,000 students participated. In 2008, there will be eighteen regional festivals with 50,000 participating students. Soon, Munir plans to cover all of Bangladesh and on the international level, have Bangladeshi students win silver and gold medals.

With teachers, communities, students, and local governments all heavily invested in the success of Munir’s work and the spread of a mathematics culture in Bangladesh, Munir hopes to expand quickly and sustainably. As schools and local districts enjoy the recognition of their students’ winning awards and being in the media, local governments and education authorities are becoming more involved. While basic start-up funding comes from the UNDP and other international organizations, with the involvement of publishing houses, school districts, and the government, Munir is looking towards a sustainable financial future for his organization and the mathematics revolution.

Munir’s role model is his grandfather, a school teacher who worked for the education of women and other oppressed groups. He usually spent his earnings for this cause and published textbooks and other educational materials. He founded a school for girls in an area where the men showed no interest in educating their daughters. The school is now considered one of the best in that community.

In his early school days, Munir was active in restoring a fading sport and cultural organization for students which he later chaired. He organized debate and quiz clubs and also led the cricket team in the intercommunity cricket competition.

As a student at the engineering university, Munir was a student movement leader at a time when students’ organizations were officially banned. One of his more notable initiatives was organizing the biggest ever scientific expedition in Bangladesh: 200+ young enthusiasts were taken to Sundarban to observe the total solar eclipse in 1995. The findings were published in national dailies, journals, and in a British astronomical journal.

After graduation, Munir remained passionate about spreading mathematics and has capitalized on his new position at the engineering university to spread his ideas.

Munir was awarded the Best Organizer Award by the Daily Prothom Alo in 2005 for his outstanding contribution to the Mathematics Olympiad.