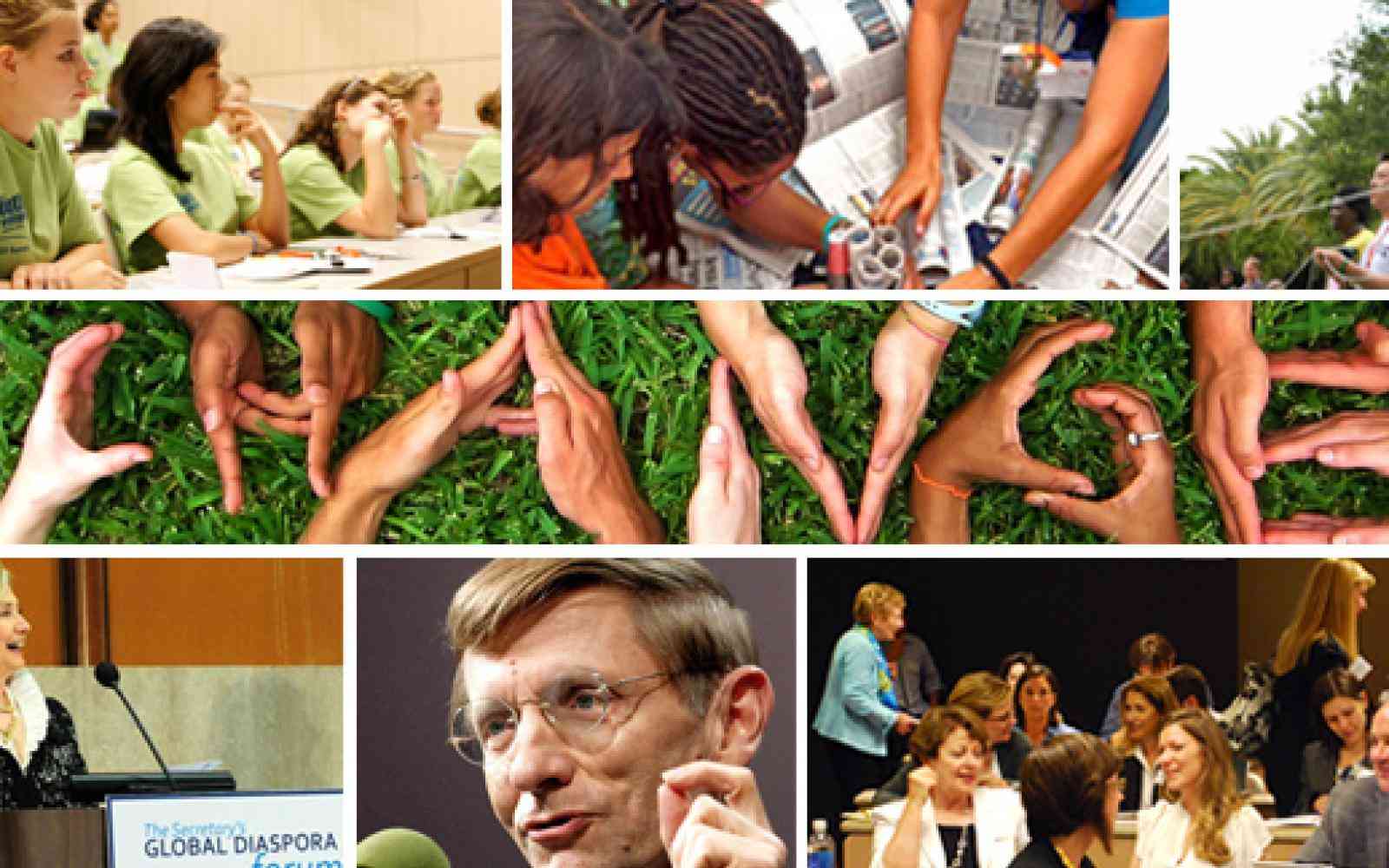 Around the globe, schools are educating youth based on a world that no longer exists. Educators emphasize traditional subjects, while essential skills like empathy, teamwork, leadership, and creativity continue to be overlooked. As noted by renowned educator and creativity expert Ken Robinson, the role of education is to prepare youth for a world that’s changing rapidly and unpredictably. The gap between our world’s structures and the needs of our youth widens every day. What if we took a step back from the current system?

We just attended Ashoka’s 5th annual Youth Venture Summit, which gathers young people who are leading or planning to lead incredible social change projects, and we’re convinced that one of the best things we can do for young people is to give them the encouragement, guidance, and space to change the world.

In the old world, youth were expected to become adults before they could effect change. But this is a new world, where parents, teachers, and adult allies have to believe in the power of youth. At the summit, we met a young man who is inspiring people in his community to track acts of kindness with The Social Coin, a young woman who is making fresh produce available in food deserts through The Healthy Neighborhood Store Alliance, another pair who are connecting schools around the world to promote friendship through G.I.V.E., and a young woman who sells cake pops to raise funds for kids with disabilities through Power of Pops. And they are not alone.

These young Changemakers are innovative, intrinsically motivated, unafraid to take risks, and ready to tackle critical social issues in their communities. Why confine them to the occasional hour of volunteering when they have the dedication and passion to make a difference?

So what would happen if we stopped getting in their way? The most powerful lesson that we learned from the summit is that every young person can thrive when placed in the right environment. Many of their peers are already willing to pour all of their resources and energy into positive social change regardless of what anyone else thinks, says, or does.

This article first appeared in Ashoka's Change in the Making on Forbes. The Youth Venture Summit was held July 25-29, 2012 as part of Everyone a Changemaker™ Week.