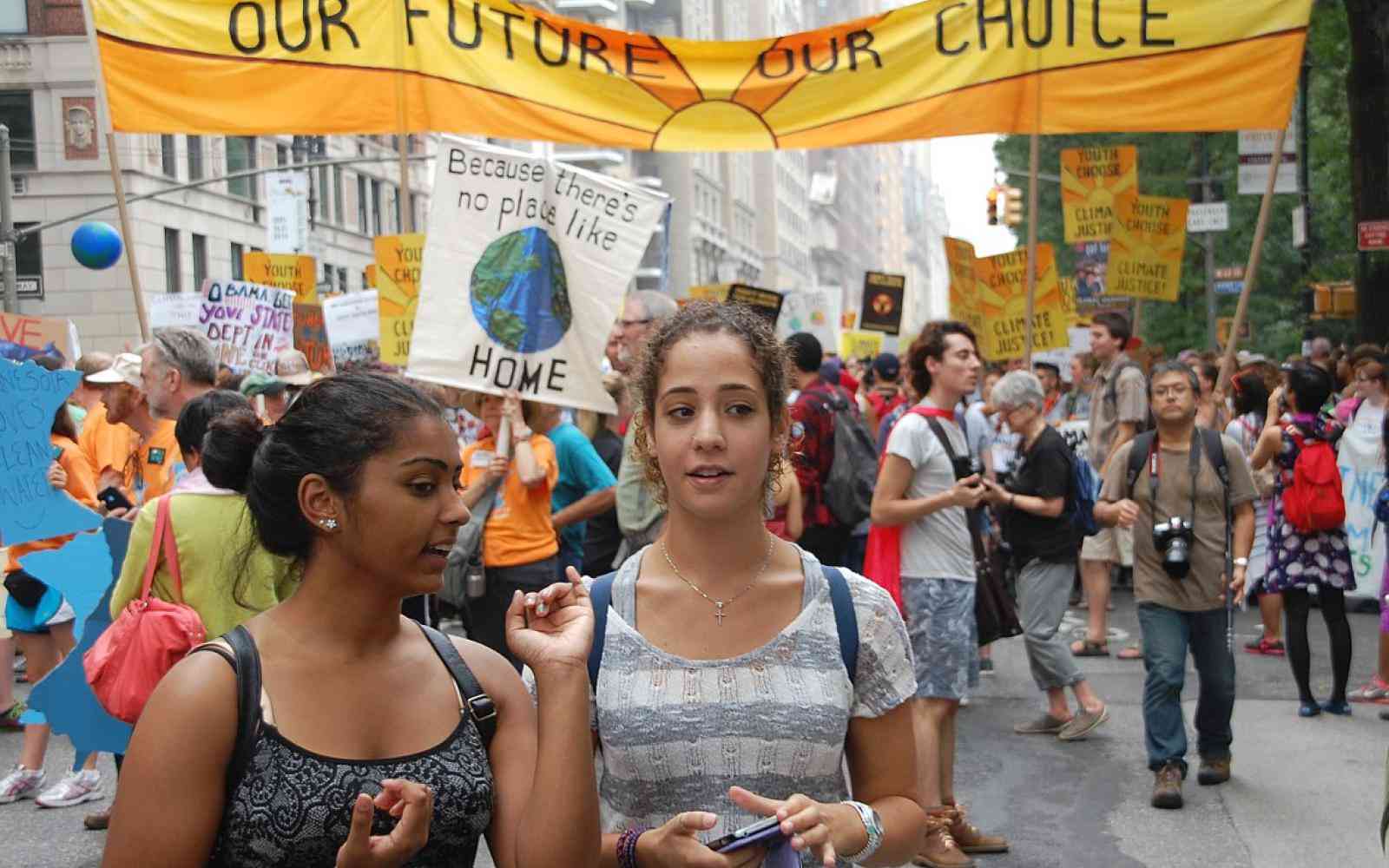 Ethan Zuckerman, director of the MIT Center for Civic Media and author ofRewire, sees a problem. Around the world he works with activists using social media and technology to reactivate the civic sphere, to mobilize, to dissent, to challenge political powers-that-be. Yet, when asked, they invariably say, “whoa, whoa, what I’m doing is not political.”

This begs the question: Why aren’t these social change agents seeing their work as political? What does this say about their conception of politics and political institutions? More to the point, does this political disclaimer limit their impact?

These questions — which Zuckerman is asking of a global movement of tech activists — can also be directed towards our developing network of Changemaker Schools. What do we mean by “changemaking”? In what way are we doing political work? And, perhaps most importantly, how are we preparing our students to be effective changemakers in today’s politically polarized world?

I met Zuckerman in June at the Institute for Civic Studies, a two-week workshop for 20 civic practitioners and academics hosted annually by Tufts University. In a discussion led by him we talked about how the traditional lever of change in politics, public policy, has gotten stuck (especially in the US). Zuckerman sees activists eschewing this “rusty lever” and instead using the more agile levers of code, design, and the market to shift societal norms and bring forth new voices.

Politics, for youth especially, has become a bad word. And even though objectively these activists are working in the traditional realm of politics — engaging peers, making changes to their shared reality, affecting how decisions are made — they don’t want to classify their work as political.

Media campaigns like It gets better and #UndocumentedandUnafraid, crowd-funded social entrepreneurship, youth-led mobilization for Bernie Sanders, and Silicon valley start-ups with a social mission all aim to transform public opinion and the way we live. And the force behind these interventions is the Millennial generation who consider themselves “political outsiders,” yet passionately work to transform the stodgy institutions of society. Which again begs the question: can you be civilly engaged and politically apathetic?

As a teacher, who’s just a (grey!) hair older than my Millennial high school students and member of my school’s Change Team, I find myself caught between supporting my students’ passion and confidence that they can change the world by circumventing the “system” and admonishing them about political realities and the need to work within entrenched institutions like government. I don’t want to give up on the idea that changing laws matters, that large public entities can help overcome inequality and enforce justice, that government can do good.

Of course, the back drop is bleak and sometimes “working within the system” is a hard sell (even to myself). In the US, the legislative powers are mired inhistoric gridlock. Trust in institutions, especially political ones, is at an all-time low. And as a 2014 Stanford study shows the net impact of regular citizens upon public policy is “statistically non-significant.”

It’s not surprising that young activists and social entrepreneurs might not want to call themselves political. Yet, what’s missing when such energetic, youth-driven movements steer clear of political institutions? What’s going to un-stick the rusty level of public-policy?

I left the discussion with Ethan Zuckerman feeling confused — should we be elated at the possibilities or depressed about the missed opportunity? My thoughts kept coming back to where we first learn, at least in the US, about democracy: Civics class.

You remember: Three branches of government, checks and balances, elections, and the dreadfully complicated “electoral college.” I remember — as perhaps you do — the lyrics to Schoolhouse Rock’s “I’m just a bill.” Or perhaps you, like I, had to memorize the Preamble, tripping over the order of “general welfare”, “common defense”, and the “pursuit of happiness” — oops, that’s in the Declaration of Independence. If you were lucky, you learned the history of social movements, like civil rights or environmentalism, or you had an inspired teacher that brought current events to life and challenged you to bring your young idealism and creativity to bare on pressing Civic issues. But, in general, the subtext of what you probably learned in Civics class was that the political realm was dominated by institutions: sacrosanct, distant, complex, and very, very hard to change…

Of course, this is not the whole story. If you are reading this blog post, you are involved in some way with the Changemaker School Network andStartEmpathy. Somehow, you didn’t lose hope. Somehow, you got inspired to engage, not just your friends but the organizations and institutions we co-create. Somehow, you learned that there’s an empowering and very human story underneath the often-depressing subtext of civics.

The question now is — for you and for me as educators and “changemakers”— how can we embrace a new civics that can move at the speed of social media while digging in for the long-haul struggles of renewing and re-shaping the structures of our shared world?

For Zuckerman the real power lies in wedding those interested in technological interventions with those who have their fingers on the pulse of social institutions and communities. The old political question — To overthrow the system or change it from the inside out? — is obsolete. We need to do both.

I look forward to working with other Changemaker Schools to see how we can transform education, from the inside and out.

Author’s Note: I wrote this article after participating in the Summer Institute of Civic Studies and Frontiers of Democracy Conference. The Ashoka Innovation Fund mini-grant covered part of my travel expenses. I’m a teacher at the Youth Initiative High School, which is a part of the Changemaker School Network.