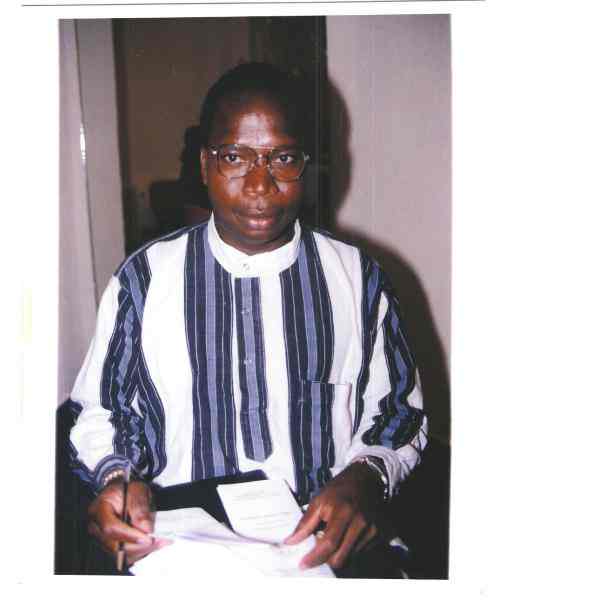 Working from his own experience as a peasant, Mouni Ouédraogo is changing the way things are perceived among rural Burkinabé and is inspiring a mass movement of female and male peasants to fight against ignorance and poverty. His work can be described as a circular process. It is about community organizing and development based on three core elements and their interactive mutual linkages. The three elements are the acquisition of functional knowledge and skills through literacy, the management of economic and financial activities, and the setting up of institutions. None of the three elements can be effective if the other two are not included and managed efficiently.While Mouni's work begins with literacy, his innovation is not the spread of literacy per se. Rather, he demonstrates how other development issues can be related to literacy and how it can respond to people's needs and bring sustainable change in sanitation, education, economy, and effective local governance that can be replicated elsewhere.

Burkina Faso has put an emphasis on education in native languages (in addition to French). People are taught to read and write. However, there is no subsequent use of such skills in any other activities that will benefit them in their own lives. There is often no clear connection between the school curriculum and the lives of the children and their families. The school no longer fulfills its primary purpose-to be a place for learning about life, to aid in the creation of community members who are active participants within a society.The standard methodological approach to education does not, for instance, recognize the importance of culture and production and does not establish a link between the knowledge acquired in the classroom and fieldwork. Rather, the educational process gives rise to a loss of cultural identity and a profound sense of rootlessness. For this reason, the education system in rural Burkina Faso is an example of the need for local communities to develop their own institutions without a view of "tradition versus modernity" which considers the rural setting to be archaic.Increasingly, access to information and technical "know-how" are greatly dependent upon literacy, which can enable sustainable, effective, and transparent development of revenue-generating entities. Lasting improvements in standards of living are impossible until people are given access to information about health and sanitation, until they earn an income, and until they can set up the institutions to meet their community's needs in an ongoing process. For instance, infant mortality is high in rural Burkina Faso and is closely related to the general sanitation and health problems typical in poorer areas. Another consequence of poverty is nutritional deficiency and resulting health problems.

Via the establishment and professionalization of management systems, in the native language, Mouni is demonstrating that it is possible to create an institutional base with a critical mass of people who are literate, have had functional training, and are capable of effectively managing economic activities. His vehicle, which was created in 1991, is the Manegbdzanga Association, a wholly peasant-run organization consisting of 35 village-based cooperatives, including fourteen women's groups, six mixed groups, and fifteen men's groups. The association has a total of 3,200 members, including 1,449 women. Its members are found in 22 villages throughout the province of Oubritenga, Burkina Faso.Inspired by literacy methods created for adults, the Association begins with Moore, the native language of the participants-both adults and children-and uses the achievement of literacy in that language as a building block for a rapid acquisition of French literacy and of basic knowledge, practical skills, and an awareness of native culture. The association set up two experimental schools in the villages of Nomgana and Goue, with 55 children-29 of them girls-enrolled. Their system reduces the primary school learning cycle from six to four years and demonstrates the link between learning and producing, and school and life. This is achieved through daily "hands on" practice in weaving, agriculture, gardening, and other economic activities for the students. Within the formal education system, graduated students tend not to return to the land. However, in the new system, the students are rather becoming the future creators of local income- and revenue-generating units. Moreover, their educational success has been superior to four formal schools in the same area, according to a comparison conducted in December 1996. Their parents have taken ownership of the school system and have helped to create a truly local institution. This integrated form of education fuels the increased performance of local economic units which, in turn, finance and reinforce the education, training, and socialization provided by the schools.With increasing literacy skills, people are addressing other issues in addition to education. Mouni has mobilized people around sanitation issues, for example, the consequences of which are of great importance to them. Some rural sanitation and health problems could be alleviated, or even eliminated, through literacy in the native language and subsequent training and awareness programs.Using the same circular strategy, the association has institutionalized a credit program and management and training systems into its activities. Adult members, first taught to read and write, are further trained in their specific areas of economic activity, given access to a credit fund for these activities, and trained in public interest issues. The members have gone on to manage the village library, which houses all of the association's documents in French and Moore, as well as books and periodicals in the national languages, with the aim to maintain literacy and keep members informed.The Association draws its funds from a variety of sources, including individual membership fees and subscriptions, interest generated from its micro-credit program, and future profits from its credit union, which has been created to assure future self-financing. The organization's proactive strategy has increased the visibility of the Loubila region and the quality of life of men and women there. As a result, the area has been held up as a model for change: two foreign television stations have created documentaries based on the Association's work, one of which was widely distributed by United Nations Educational, Scientific and Cultural Organization (UNESCO). Mouni and the association have become partners with Oeuvre Suisse d' Entraide Ouvrière as well as ELAN-Développement, a Burkinabé association doing work in the area of bilingual education. They plan to work with other grassroots organizations for the improvement and reproduction of this innovative and integral educating process throughout Burkina Faso and other nations within the subregion.

Born in 1965 into a peasant family, Mouni lost his mother at the age of eleven. He had to take on all the domestic chores at home-those considered "feminine" as well as "masculine." Although most of his friends went to school, his father refused to enroll him. As a consequence, he could only perform the dullest jobs. "It was a matter of just surviving," says Mouni. As an adult, he formed a group of farmers to cultivate other people's fields and collectively save their profits earned. During this time, people sometimes wanted to give Mouni responsibilities which he refused because he felt that he did not have the required knowledge.In 1986 Mouni was a member of the first group of Literacy and French Language Acquisition Method students who learned to read and write in Moore, and after becoming literate in their native tongue, express themselves in French; it was a 96-day course. Shortly thereafter, he became a volunteer instructor in a newly created literacy center in his own village. In 1991 he became its supervisor. He began to see himself in a new light and become aware of his strengths, without feeling second best to those who had been through the French school system. The villagers began to entrust Mouni and his colleagues with the management of small income-generating activities. Open and understanding, he worked voluntarily, combining sanitation and health sensitization, literacy, formal education, economic activities, and all sorts of village institutions and structures. The local communities made considerable progress, and the quality of their lives improved. This transformation was Mouni's inspiration for the Manegdbzanga Association. He has integrated gender considerations into the organization's core. Mouni Ouédraogo says that he is motivated by "seeing, with my own eyes and in person, the social changes which take place when a person is given the ability to demystify reading and writing, ... to do things on his or her own, to take responsibility for oneself and others, and to add to all of these with institutions which can empower others to do the same."