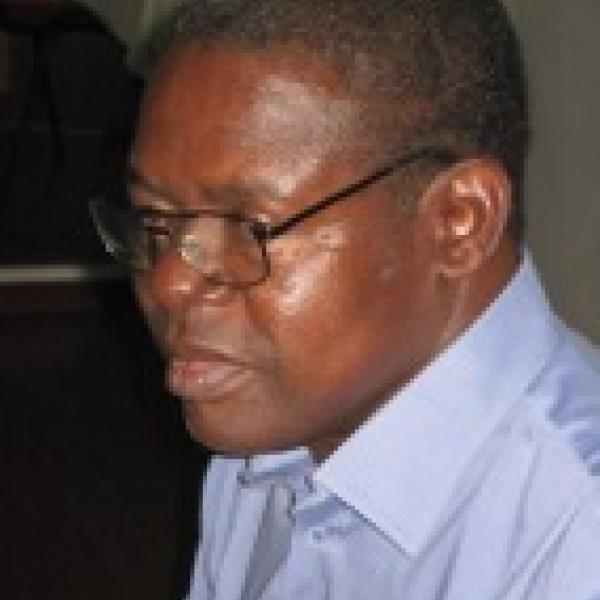 Throughout the southern frontier of the Sahel desert, southern Mauritania, north and western Senegal, parts of northern and western Mali, the northern region of Burkina Faso and then eastward, desertification has advanced steadily since the mid -twentieth century, taking away arable land, and threatening the agricultural livelihoods of small producers in Burkina Faso. However, along the edge of this southern “semi-desert,” small family farms passed down from generation to generation still grow cereals such as millet and sorghum. Matthieu Ouédraogo believes family farms are at the heart of regional innovation. By assisting the growth and regeneration of local plants, to helping to build communities of small producers that replicate local innovations, Matthieu hopes to foster a spirit of entrepreneurship among farmers across the region.

Local farmers have developed various techniques for assisting plant regeneration in this semi-desert belt, particularly in growing new forests and water systems that can trap humidity and increase crop yield. One example of an innovative farming practice is the construction of a contoured barrier of small stones which guides and evenly disperses infrequent rainfall around crops. However, unlike a regular water canal, the stone barriers also act as depositories where seeds carried by the rainfall can take root and eventually offer shade to crops. Another example of naturally assisted regrowth is when local farmers feed tree seeds to their livestock and then plant the manure (including the tree seeds) and cereal seeds in zains—small carefully dug holes. Eventually, the fertilizer assists the seeds to grow, resulting in fertile cereal plants and trees that can shade them.

Matthieu’s understanding of naturally assisted regeneration extends to innovations in distribution. For example, an innovative small producer in Matthieu’s network has engineered a method for storing potatoes in large underground cellars which is an entirely new approach in the Sahel. This allows the farmer to protect their crop yield and that of surrounding farmers until well after the harvest, when the price of potatoes increases substantially. This particular idea was inspired by a trip to Europe sponsored by Swiss volunteers, where the farmer saw a wine cave and realized that he could keep potatoes cool without refrigeration in a 50 foot deep cellar with adequate air circulation, even if summer surface temperature exceeded 120 degrees.

Matthieu plans to connect small farmers to each others new ideas, and to introduce farmers to more effective uses of locally available natural resources. He will achieve this by a) creating improved supply chains through working together with business entrepreneurs b) working with local governments, particularly with respect to gaining formal recognition for traditional land rights so that small farmers can use their land as collateral in taking out small loans and c) urging other citizen organizations (COs) to identify and encourage innovative small farmers to foster a community of small farmer-innovators.

The government and the citizen sector responded to increasing desertification in the Sahel in the 1970s with widely publicized reforestation. While the campaigns initially were a strong and much needed movement, ultimately these campaigns failed for a variety of reasons. Due to a limited follow-up movement and the government’s focus on agriculture which emphasized less on empowering small farmers and more on providing subsidies, small farmers become passive and did not mobilize around this movement. When gradual desertification forced a shift in commercial cultivation, the government diverted resources to new commercial cultivation rather than combating the problem. This left small farmers in the most affected areas to fend for themselves. Small farmers in arid territories also struggle to create sustainable livelihoods from farming as a result of increased pressure on the land from government land purchases. The Burkina Faso government has formal legal rights to all land except those specifically ceded by the government through concession. In an effort to privatize agriculture, the government has now created a system for transferring traditional farming rights to formally owned land, however this process is currently too expensive for small farmers. As a result, this system instead favors investors who are willing to buy up small traditional landholdings and convert them into commercial farming ventures. This has not yet impacted small farmers in extremely arid regions, as agro-industry investors have found better opportunities in other parts of the country which offer the prospect of better economic returns. However, this shift inflicts increasing pressure on desert land which now must yield more resources to support the needs of communities. While small producers in the semi-desert belt are demonstrating that farmer-led innovation makes environmentally sustainable productivity possible on small farms, the government’s unwillingness to allow small farmers formal access to their land rights and to financial services hampers the ability of small farmers to fully explore these innovations.

Matthieu’s strategy is divided into three steps. His first step is to select and create an association of innovative small farmers. The selection criteria for these farmers are whether they use original and innovative applications and approaches to new ideas. Matthieu tests these ideas by how much interest they attract. Thus far, he has found that generally these innovations have attracted the interest of anywhere from 15 to 50 small farmers. Using this criterion, Matthieu has selected 64 innovative small farmer association members in Sanmatenge, 47 in Passore, 55 in Yatenga, and 43 in Zondoma. These regions are in the four driest northern provinces of Burkina Faso.

Matthieu’s second step is to mobilize farmers who have adopted an innovation of the association members and to encourage them to create new innovations of their own. This could be a refinement of what they have already learned, a combination of innovations from other members of the association, or a brand new approach that they want to introduce. Matthieu’s short-term goal is to increase the number of farming families affected by his members to grow by 50-fold in the next several years through word of mouth communication between his association and networks of farmers in neighboring countries such as Mali, the Ivory Coast, and Ghana.

The third step in Matthieu’s strategy is to draw attention to this initiative in Burkina Faso as well as in neighboring countries where small farmers are struggling with similar challenges. In Burkina Faso, Matthieu needs the government to formally agree to lower the cost for small farmers to own land, and the government’s active cooperation thus permitting the process of land ownership to run fairly and effectively. He also wants to spread his approach out to the most arid provinces in central Burkina Faso, and to other regions of the country where naturally assisted regeneration can curb and mitigate recently created pockets of deforestation. Decades of field work and research have taught Matthieu that conditions in the region degrade rapidly when significant areas are deforested. Without forest growth, the desert areas lose their critical source of humidity thus stunting other vegetation and accelerating the likelihood of further desertification.

Matthieu was born to a poor family in Bourcy, the northern and driest region of Burkina Faso. He worked from a very young age to support his family, briefly attending a Koranic school when he was nine-years-old, but otherwise spending most of his time working for his livelihood. Matthieu was baptized in the Catholic Church when he was 18, and he learned to read and write while living in a Catholic monastery for three years in his early twenties. During this time, he worked as a gardener. He continued to work in agriculture after he returned to Bourcy and worked with Peace Corps volunteers on a series of gardening and reforestation projects. Matthieu also taught himself to cook, and was hired as a chef by a succession of foreign families, while he continued his work with Peace Corps Volunteers.

From 1985 until 2002 Matthieu operated a series of agro-forestry projects, first with Oxfam, and then with ORFA, an organization focused on conducting grassroots-level research. In 2002 he decided to leave ORFA to determine whether a more “assisted” approach to working with small producers rather than a “technical” one would yield improved results. Matthieu experimented for six years with this concept until he felt certain that selecting and working with innovative small farmers held the greatest promise for harnessing the ideas of innovators and creating a realistic basis for guiding future agro-development. In 2008 he began to attract attention for his work through radio programs, public speaking engagements, and the “Theatre Forum” framework created by Ashoka Fellow Prosper Kompaoré.

Matthieu believes that naturally assisted regeneration carried forward by small farmers’ innovations will create sufficient forest cover to trap humidity, to increase crop yield (i.e. especially for cereals and smaller vegetable plots), and to provide sufficient forage for livestock. Matthieu believes encouraging farmers to innovate is an answer to creating a vibrant farm economy that can combat desertification in the Sahel.