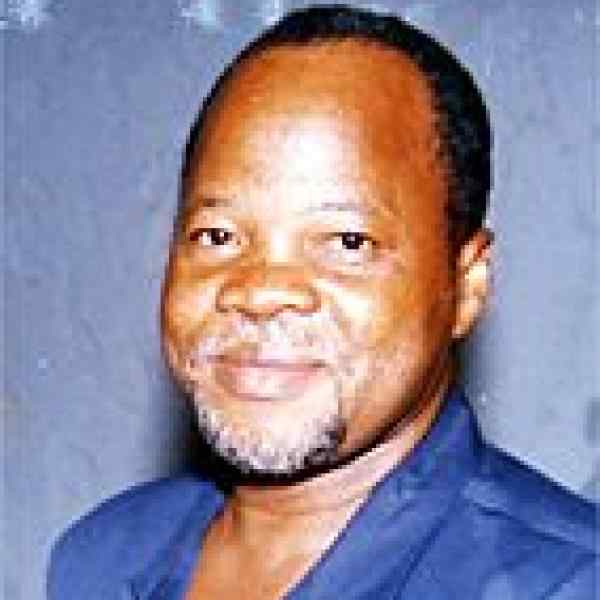 A long-time human rights advocate and supporter of an independent judicial system, Burkinab Halidou Ouédraogo is building grass-roots popular human rights movements in Africa at the national level and linking them through a pan-African human rights vision and association.

Halidou Ouédraogo is building, country by country, Africa's first popularly based human rights movement. Popular human rights organizations stewarding this movement are linked together in a pan-African human rights association. Halidou is convinced that if basic rights are to be respected in Africa, the monitoring of human rights and the protection of civil liberties must be the responsibility of ordinary African citizens and African human rights organizations, and not just that of institutions based outside the continent. Starting with his own country of Burkina Faso, Halidou established the Burkinab Movement for Human and Peoples' Rights to assert African responsibility for human rights through public education and the mobilization of pressure on human rights infringers. He has struck a deep chord in the contemporary African polity. In Burkina Faso, for example, where his program is most developed, sections of the Movement have been set up in each of the thirty regional departments. Founded in 1989, the Movement now has more than 50,000 dues-paying members actively engaged in defending the civil and human rights of their fellow citizens. But steady progress is also manifest in more than a dozen other African countries, where similar organizations have been spurred into formation by Halidou. Halidou's vision of human rights action is expressly linked to a wider vision of democracy and the necessity of active citizen participation in governance. By creating mechanisms to defend human rights in specific cases, Halidou is consciously evangelizing that the individual citizen who cares can make a difference in Africa. Conversely, as he often argues in his speeches, if honest individuals concerned for the values of democracy and human rights do not take action, then it is certain that the corruption, self-dealing and incompetence that all too often characterize African governance are sure to continue.

The Universal Declaration of Human Rights, adopted in 1948, has been a touchstone for all African political struggles against colonialism. Upon achieving independence, the new African states uniformly embraced the human rights conventions. Most African governments, recognizing that the guarantee of basic rights is an integral part of development, are also signatories to their own African Charter on Human and Peoples' Rights, signed under the auspices of the Organization of African Unity in 1981. This Charter embodies an "African concept of human rights" and is based on "the African philosophy of law" to meet the specific cultural values and needs of the continent.Regrettably, post-colonial African respect for human rights has been more rhetorical than actual. Despite a general trend in favor of strengthened democracy in the past few years, the continent is better known for its overabundance of dictatorial and corrupt regimes than it is for human rights and democracy; the broad political economy of Africa is better described as one of neo-colonial primary resource exploitation than one that traces the historical path of the western industrialized countries.The people of Burkina Faso, for example, have suffered their share of abuse, committed by a succession of military and unaccountable civilian regimes that have controlled the country since its independence in 1960. Human rights violations have included harassment, banishment, exclusions, torture and the unexplained disappearances of certain individuals considered troublesome to the regime in power. Even though there has been some softening of the current regime's hard-line approach (for example, with a well-publicized release of political prisoners), criticism of the government's human rights record-whether through the political opposition or nonpartisan citizen action-must be fairly low-key and carefully planned to avoid violent reprisal. Indeed, individuals can still "disappear" in Burkina without a trace. In spite of a democratic facade (the current President won an election in 1994 that was boycotted by opposition parties), true dialogue and popular participation in governance and policymaking are difficult to achieve.While governments in Africa have been a considerable obstacle to building democracy, the low levels of popular understanding of democratic citizenship and human rights are probably a deeper and more fundamental constraint. Literacy levels, especially in rural Africa, remain among the lowest in the world, often falling below 50 percent. The vast majority of people are unaware of their legal rights and, especially in rural areas, remain totally dependent on traditional, often conservative (authoritarian and patriarchal) customary law systems. Legal services are inaccessible and too expensive for the masses. Over the past decade, Africa has witnessed a growing and increasingly articulate popular resentment of authoritarianism and its attendant ills. Not yet coalesced into effective organizational forms, this popular sentiment represents the broad social base upon which democracy and respect for human rights may be constructed. The end of the Cold War and the neo-liberal economic reforms compelled by the forces ascendant in the globalizing world economy have also removed some of the traditional supports for corrupt African states, making them more vulnerable to grass-roots citizen assertions of democracy.

Born in Ouahigouya, Halidou is from a humble farming family. Struck by his mother's courageous efforts to raise her children, he became aware at a young age of the hardships endured by the majority of his people. Halidou stood out in primary school and was the lucky pupil given the opportunity to attend the Lycee Zendia in the capital, Ouagadougou.As a young man Halidou continued to demonstrate the qualities of empathy, intelligence, ingenuity, courage and leadership that are now used universally to describe him. In the heady days of political liberation in the 1960s, he organized and led a youth delegation to visit Bougourawa Ouedraogo, a prominent political figure who was imprisoned arbitrarily in 1964. Later, while a law student in France, Halidou's scholarship funds were cut, and, in order to complete his studies, he took a position as a concierge in the evenings. Upon his return to Ouagadougou, Halidou was posted as a Magistrate far out in the Lobi region. Here he was able to reflect on the poor conditions of magistrates and determined to reform the magistrature to improve the administration of justice. To promote his ideas for the autonomy and independence of the judiciary and the improvement of conditions for magistrates, Halidou overcame the trepidation of his colleagues and the active hostility of the government to create the Autonomous Union of Burkinab Magistrates (SAMAB).Soft-spoken and, surprisingly for a judge, rather more given to listening than pontificating, Halidou claims that he is still an amateur at the task of promoting human rights. All of his human rights work has been voluntary and extracurricular to his "day job" as a magistrate. His activism has certainly curtailed his advancement on the bench and more than once resulted in threats against his life. As the human rights movements that he has inspired take off, he looks forward to retiring from the bench to devote himself full time to his vision for Africa.