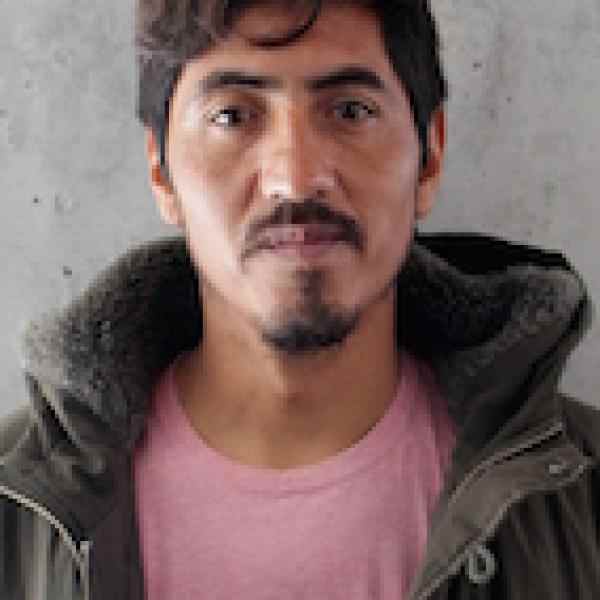 Arturo Soto is changing an entire city in Chile, starting by changing the reality of its most vulnerable young people whose main alternatives, like his own, were poverty, drug addiction, and crime. Through his Bodyboarding School and the coordination of public, private and civil institutions, he is engaging youth to revitalize the city of Antofagasta and create their own new opportunities.

Arturo Soto is using the ocean as a catalyst for change in young people, communities, and an entire city. Inspired by his personal experience with bodyboarding, which helped him recuperate from a life on the street and pursue new and constructive opportunities, Arturo is showing children and teens how the sea can transform their lives. Through his organization, Budeo, Arturo is generating a cultural shift in the city of Antofagasta, Chile, starting by changing the reality of the most vulnerable young people. Ultimately he aims to alter the way that the people of Antofagasta see their city, helping them value and develop its assets.

The Budeo Bodyboarding School attracts children and young people aged 8 to 17 from vulnerable situations. Arturo shows them through the practice of bodyboarding and classes to develop other skills that they are capable of controlling and changing the courses of their lives and their surroundings. Budeo School aims to help the body boarders discover their self-confidence and personal value, giving them the opportunity to move forward, and furthermore, seeks to transform the students into agents of change for their city.

Simultaneously, Arturo attempts to change the perception, of both locals and potential tourists, that Antofagasta is a mining town with a bad reputation and few attractions. To do this, he and the Budeo students are developing activities that allow people to explore another side of the city, such as snorkeling and whale-watching. He believes that the city must be made a tourist attraction and that when this is achieved there will be many employment opportunities beyond mining. His aim is to eliminate the conditions in which he grew up even if the transformation takes as long as 15 years. This transformation will be driven by his vision of the power of the sea as life changing and the use of bodyboarding as a tool for training social leaders . Budeo has already trained about 100 young people in Antofagasta. However, Budeo is working with Universidad Católica del Norte to systematize the training model and make it transferrable to other cities and towns worldwide.

Antofagasta, Chile is one of the wealthiest regions of Latin America, thanks to its rich mineral deposits, and its GDP per capita is similar to that of the United Kingdom. However, its social problems compare to those of the poorest cities on the continent. The growth of the city and the mining industry has generated a big gap among the families receiving income from the mining sector and those that do not. The social divide plays out with high rates of violence, substance abuse, crime, drug trafficking, prostitution, and domestic violence in parts of the population. This is a reality that thousands of young people in the region (and the country) must face daily.

The city is ranked as one of the worst in the country in quality of life, and it has become unattractive and even looked down upon by its own inhabitants. In this context, Antofagasta’s young people lack opportunities to develop their knowledge and skills. The formal education system has not been able to encourage many vulnerable children to remain in school or inspire them to seek opportunities outside the usual alternatives. Many are labeled "troubled" students, condemning them to the world of the street. Furthermore, the obsession with making money wherever possible, has undermined the transmission of values such as traditional knowledge, the importance of education, and the pursuit of dreams and new ideas.

Throughout the entire mining region (Antofagasta, Calama, Mejillones, Tocopilla) the cities receive 80% of the local income from mining and only 0.3% from tourism. As a result, there are no economic incentives to improve other city sectors or encourage alternative economic activities. Authorities and institutions are trying to solve the problems of the poorest and most vulnerable in the country, but most assistance resources are funneled to families who work in the mining industry. The majority of these interventions are isolated and lack innovation, especially related to social problems outside the mining areas. What’s more, given the scarce proximity authorities have with these vulnerable neighborhoods, it is even harder for them to implement effective measures. The population needs to change from within, starting with the new generations that are mobilizing to create a better environment and making the most out of their opportunities.

At age 14, as he sought escape from his problems in the ocean, Arturo Soto identified a certain kind of wave that he named “Budeo.” He began bodyboarding and training on these waves, and soon started teaching other curious children who approached him to see what he was doing. Years later, Arturo realized there were many young people interested in his training, and that what he was doing was being productive. He saw those that came to train with him adopt a new lifestyle; they spent time talking to him and being on the water instead of around drugs and idleness. At 17, Arturo already had permanent students, both children and adolescents. Then in 2010, he officially founded the Budeo School and began to formalize and expand his teaching methods.

The three pillars of Arturo’s strategy are: education, sports, and tourism. All of these work together to offer a new life to young people in Antofagasta, in their own communities and in the entire city. Through Budeo School, he has managed to capture young people and motivate them with education, inspiring them to see that their lives can change, as did his. Due to this successful teaching methodology based on sport and outdoor activities, people are now independently approaching his project. And it is not only the young people that have come to him to ask him to help them change their destiny but also the students’ mothers who have reached out to Arturo asking him to rescue their children from drugs through his school.

The school is open every day all day to receive students who want to go before or after school, or even during school hours for those not enrolled in school. With a focus on both mental and physical formation (pillars one and two), the Budeo staff consists of a physical trainer, a psychologist, a yoga teacher and a diving teacher. Each day begins with a conversation around a particular value or ecological lesson. Then, some kids are taught to surf while others improve their technique. They improve through actual practice on the water, they also see they are capable of overcoming personal obstacles.

With the goal of spreading Arturo’s teaching and learning style, Budeo is working with scholars from the Catholic University of the North to create a methodology that will serve to professionally develop the Budeo school teaching style. This will make it adaptable and applicable to any city with similar social issues. Recently, Arturo’s methodology has been named a leading innovation in prevention education by the Catholic University of Antofagasta, and the school will now begin to help replicate it in other cities. In 2015 Arturo was successful in guaranteeing that all schools of the Municipal Corporation for Social Development in Antofagasta have bodyboard academies. The effectiveness of the program is also evident in several young people that began as students at Budeo School and are now leaders within the project.

Through the third pillar, tourism, Budeo is attempting to change the image of the city. Discovering the flora and fauna of Antofagasta and encouraging the practice of all kinds of sports helps to attract tourists. Part of the goal is to generate a virtuous circle where the inhabitants themselves also increasingly appreciate the city. Arturo takes tourists snorkeling, whale watching, and to other natural attractions, all activities that are undervalued in Antofagasta and that are diminishing.

Arturo recognizes the importance of relationships and the power of collaboration to develop these activities and change perspectives. He has proven that these are opportunities to bring together institutions, the private sector, social entrepreneurs and the local government to work for the same cause. Constantly drawing in the main influencers from different sectors, he asks for their support and shows them that change is possible through the tools of tourism and education.

Despite little local appreciation for the environment, reputation for being a surf spot, or any financial incentives whatsoever, Arturo managed to bring the Bodyboard World Championship to Antofagasta on a regular basis. For the event, tourists and athletes of global stature travel to the city, in turn showing young people the value of competition and how far they can go with discipline. It also opens a door to the world for the Budeo students, exposing them to people from all over the globe. Some have even been selected by international coaches to continue their training. To leverage this tourism, Arturo has founded Antofagasta Bodyboard, a company whose profits are reinvested in the Budeo School.

Also based on these the pillars of education, sport and tourism, Arturo is planning a development center in Antofagasta. He wants to continue to cultivate the region’s natural and cultural heritage as unique tourist attractions at a global level, meanwhile training vulnerable young people in a non-conventional manner to transform them into social leaders.
As his method is replicated, Arturo sees his model as not only limited to cities by the ocean. The only ‘requirement’ is physical space to practice a sport or a passion that draws in young people. Arturo has travelled through Chile and Europe teaching about his model with the intention of replicating it and teaching other schools about what they are capable of doing.

Arturo is an innate leader, and he is known for having charisma and a powerful life story that he shares to inspire others. Arturo’s strong conviction that changes are possible comes from his own experience. He grew up in a poor and rough neighborhood where drugs and alcohol were on every corner. At age 13 he left home to live in an abandoned house. But unlike his peers who fell into drugs, crime, and other elicit activities that they saw on a daily basis, Arturo looked for refuge in the sea, and in bodyboarding he saw a second chance. This decision changed his life as he realized he could take charge of his own surroundings, and ultimately succeed in a disadvantageous context.

His connection to the ocean was so strong, that every morning at 7 am Arturo went bodyboarding before school. He found that he could leave the challenges of living alone without parents, and the general depression in those around him, on dry land. Arturo says that the most important lesson the ocean taught him is that he could make anything he imagined a reality.

As an adult, he left his work at the mines and decided to dedicate his life to his passion and mission of changing Antofagasta’s reality. In creating the Budeo bodyboarding school, Arturo overcame significant obstacles. Thanks to the people who believed, in him he has multiplied his impact all over Antofagasta. He constantly looks for ways to generate new projects and links between different social actors of the city. He has succeeded in widening the spectrum of sports the city offers to young people and tourists, and collaborates with other trainers to reach more young people. Life has taught him that there is no obstacle that cannot be overcome, and this attitude is evident in everything he does to and helps others to do.