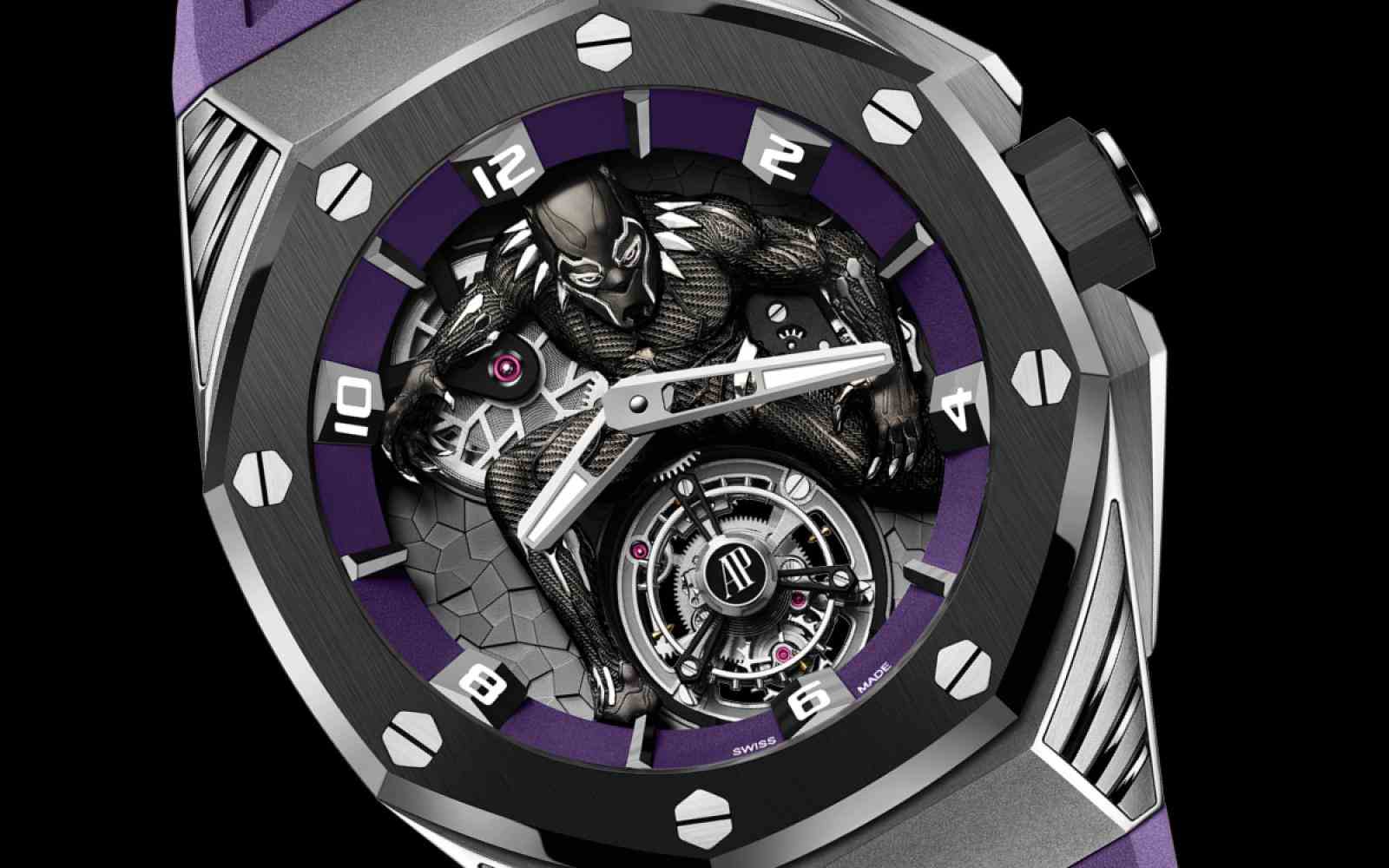 A one-of-a-kind wrist version of a watch created by luxury Swiss watchmaker Audemars Piguet featuring the Marvel character Black Panther has been auctioned for $5.2 million in bidding that started at $100,000. The entire proceeds of the sale will go to Ashoka's partnership with Ashoka Fellow and Board Member Kyle Zimmer's organization First Book to give young people resources to be changemakers in their communities.

The unique watch that was sold at auction was an 18k white gold version of a limited edition: just 250 watches were crafted by four painters and four engravers who hand carved the Black Panther figure's claws, eyes, facial features, and rippling muscles. Serena Williams, Ian Poulter and Anthony Joshua also auctioned off dedicated lots to support the initiative. Auctioned items, plus $500,000 from Kevin Hart and a matching grant of up to $1 million from Audemars Piguet, altogether raised $8 million for the partnership.

The partnership by Audemars Piguet and Marvel to create the watch helps launch a long-term joint-collaboration between the high fashion watchmaker and Ashoka and First Book. Together, they will engage an initial group of approximately 17,000 First Book educators who work with children ages 10 to 18 in low-income communities. The resulting program is expected to reach 500,000 students in the United States at the outset with the aim of extending internationally in the years to come.

A long-lasting friendship between Audemars Piguet's CEO François-Henry Bennahmias and Marvel Cinematic Universe Avenger Don Cheadle, who portrays Marvel’s War Machine, sparked the effort to make the watch. The two companies intend to make more watches together. The watch is called the Royal Oak Concept “Black Panther” Flying Tourbillon, and features a carved and hand-painted rendition of Marvel’s Black Panther comprised of white gold. The casing is made from sandblasted titanium with satin-brushed titanium inserts. It features a sapphire-crystal caseback and white gold hour markers and hands.