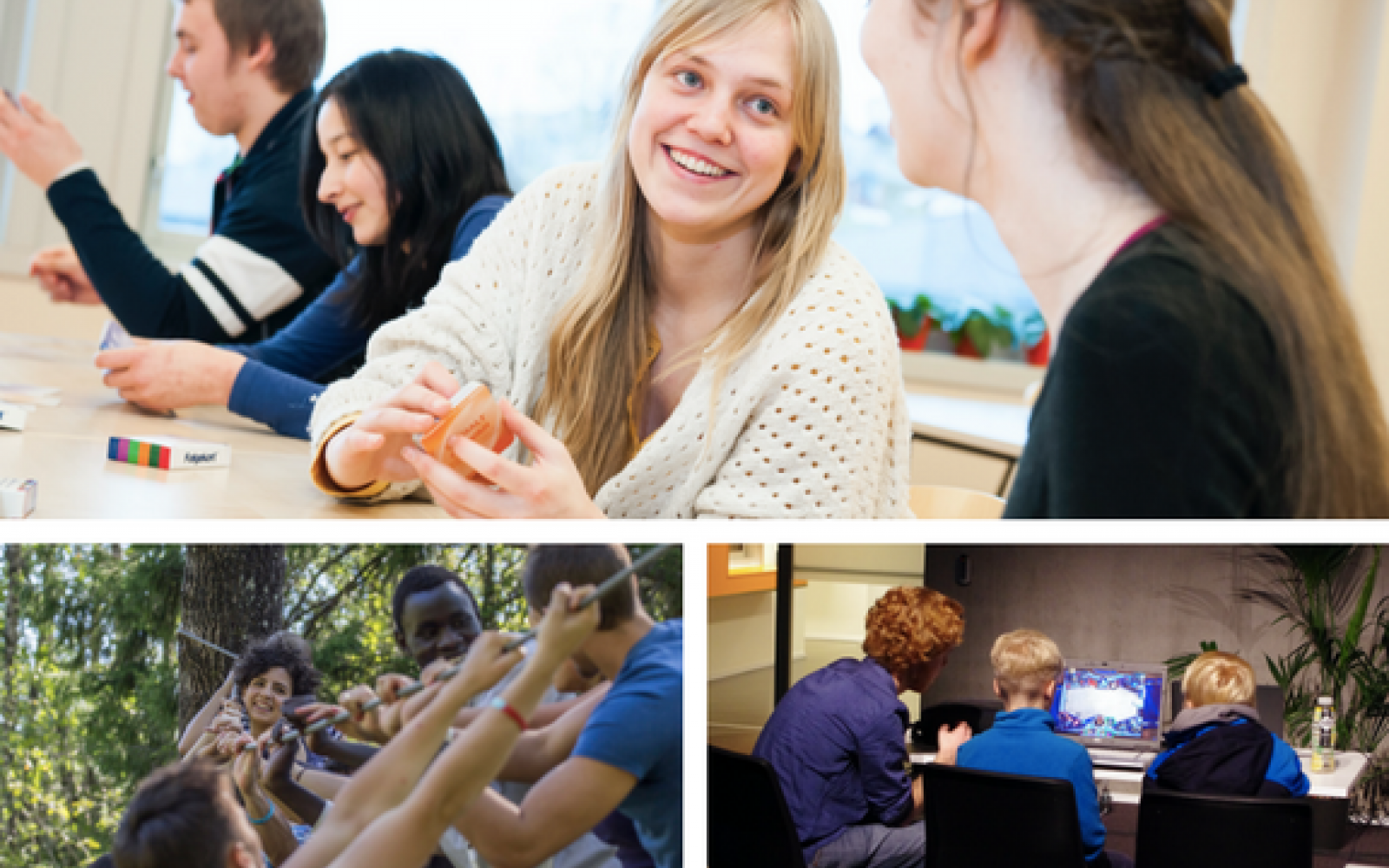 For nearly 40 years, Ashoka has supported leading social entrepreneurs such as Nobel Peace Prize winner Kailash Satyarthi and Wikipedia-founder Jimmy Wales. The organization is now leading an initiative that aims to provide all children and young people with an education that trains them in empathy and entrepreneurial skills. Ashoka believes that young people growing up today in a world defined by rapid change, need skills that enable them to understand and act positively in relation to these changes.

The three newly titled ”Ashoka Changemaker Schools” have been evaluated based on how they work to develop "changemaker skills" in their students: empathy, creativity, leadership and teamwork. Ashoka has also explored how the schools work on problem solving and strengthening the students' ability to develop ideas. All schools have been evaluated by Ashoka as well as experts within the international network.

"When we started the search for the first Changemaker Schools in Norway, we were told over and over that it was impossible to find innovative schools here. We refused to believe it, and we were proven right. Through a rigorous selection process, Nordahl Grieg Videregående Skole, Ung Invest AIB and United World College Red Cross Nordic have proven to be world-class innovative educational institutions. They are motivated to show both a Norwegian and international audience how and why we can increase children and youth influence and educate them so that they can and are motivated to create positive change in the world, "says Helga Øvsthus Tønder, director of Ashoka in Norway.

For the Norwegian schools, the appointment entails becoming part of a global network of 260 schools, as well as Ashoka's network of social entrepreneurs and enthusiasts from the organization and business community. They are all gathered around the vision to transform the traditional education system. Ashoka has extensive experience with social entrepreneurs and young changemakers. They offer a platform for the schools to exchange experience and ideas, dissemination of practices, and a greater effort for system change.

All three schools emphasize involving students and staff in an education that strengthens them as changemakers. Below are some examples of their unique approaches:

• Nordahl Grieg High School holds an annual conference focused on technology, sustainability and dignity. The conference encourages students to imagine a better future and to create projects that they are passionate about, in collaboration with teachers, students from different disciplines and external actors.

• Ung Invest AIB builds its pedagogical practice on positive psychology to train empathy and enhance their students’ self-esteem. Everyone is encouraged to work based on their strengths and talents. This affects the students, who have often been defined as "vulnerable youth", to understand themselves and each other based on positive qualities, goals and dreams.

• United World College Red Cross Nordic has a strong focus on ensuring diversity among the students. Students are chosen from different regional, cultural, socio-economic backgrounds to create a multicultural school environment. As a result, the 200 students represent 95 nations. The school seeks to remove the cultural boundaries by training students in social justice, and encourages them to celebrate their differences while respecting other cultures.