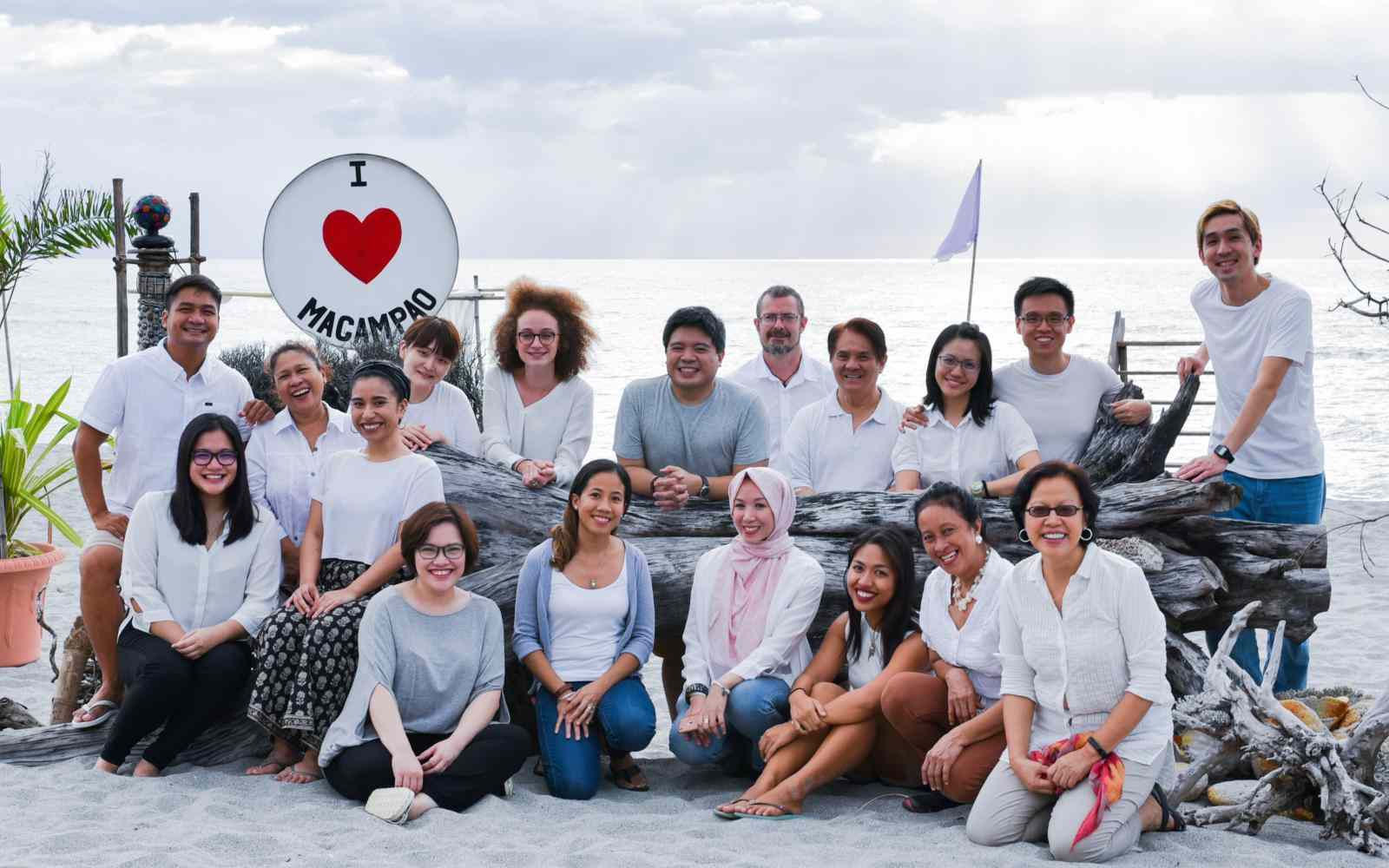 For the next three weeks, as part of my commemoration of the People Power Revolution of 1986, I will write about heroes and heroines, the contemporary ones. For this column, with the help of colleague Mika Ortega, I write about Ashoka Fellows of the Philippines, a group of changemakers I work with. On Wednesday, Feb. 21, we will be inaugurating new Fellows into this global fellowship.

To say that the world is changing fast, at a pace so rapid we could barely keep up, almost sounds like the very thing a man my age would say. But, the world has indeed changed. And, it continues to change at a rate that we have never experienced before.

New technologies either advance or disrupt our way of life. The future of work is changing with digitization and artificial intelligence, possibly putting at risk BPOs and call centers. Even the way we interact with one another is shifting. It is only recently that we are coming to terms with how social media, for example, has greatly affected our mental wellbeing, our purchasing behaviors, and our politics.

The adage goes: “the only thing that is constant is change.” The sooner we acquaint ourselves with change, the better. I’ve spent a great part of my career working for the environment. So, an obvious lesson we can learn from climate change is that: first, not all change is good. But another, more important, lesson is that we need to change if we want to build a better society.

I’ve spent enough time in academe, development, government, and research, to notice how society’s problems are deeply entrenched and related. Circling back to climate change, we know that there are many interlinked factors that cause and worsen it. Conversely, there are many interlinked changes we need to make in order to manage it. This includes shifting to cleaner energy, supporting sustainable agriculture, reducing waste, protecting forests and seas. The list goes on. Climate change is what we call a systemic problem which, in turn, requires a systemic solution.

Environmental scientist Donella Meadows defines a system as “an interconnected set of elements that is coherently organized in a way that achieves something. [A] system must consist of three kinds of things: elements, interconnections and a function or purpose.”

Systems are everywhere. They are in our own biology. Human bodies are made of systems (respiratory, circulatory, digestive, etc). Systems are also in sports, transportation, schools, organizations, and governments. But Meadows goes further and says that it is by having a “systems-thinking lens” that we may be “creative and courageous about system redesign.”

One organization that is leading systems-thinking globally is Ashoka—the first and largest network of social innovators in the world. After meeting with Ashoka CEO and Founder Bill Drayton, who is also responsible for coining the term “social entrepreneur,” I helped bring Ashoka to the Philippines with my colleague Terri Jayme-Mora.  Today, our Philippine board is led by the visionary Rico Gonzalez and we are housed in Co-Lab, a working space we share with a number of innovative organizations and enterprises.

I discovered Ashoka at a time when terms like social enterprise, social entrepreneurship, and social innovation didn’t even exist in the Philippines. These were new concepts and I was energized by the prospect of bringing new ideas and new models to our country.

At the center of our organization is the Ashoka Fellowship.  Ashoka finds high-impact problem-solvers and supports them through a lifetime membership to the world’s largest professional network for social innovators. The Fellowship puts a premium on human and personal connections across disciplines and sectors. This way, Ashoka Fellows get to build a global community. Our fellows  receive peer-to-peer mentorship, collaborate with each other, and cross-pollinate ideas with some of the world’s best problem-solvers. They also get to tap into Ashoka’s bigger network of change makers ranging from schools, universities, corporations, and other partners.

Ashoka’s selection process is one of the toughest, most rigorous in the world.  The results, however, are undeniable. Majority of Ashoka Fellows change national-level systems within 10 years of their election. Ashoka’s foresight is also seen in its ability to elect Fellows before they reach global recognition, pre-dating other awards. A good example is Kailash Satyarthi from India, an international figure in fighting for children’s rights, who became an Ashoka Fellow in 1993 before he won the Nobel Peace Prize two decades later in 2014. Several Ashoka Fellows have also been recognized by the Ramon Magsaysay Awards.

There are now over 3,500 Ashoka Fellows from 93 countries and the numbers keep growing. In recent years, Ashoka has expanded its reach in Asia, especially Southeast Asia. It was only in 2013 that we started electing Fellows in the Philippines.

The first Filipino Ashoka Fellow is Kythe Foundation’s Girlie Garcia-Lorenzo. Her work with Kythe has reached over 11,000 children with cancer and chronic illnesses. She is now championing for better access to universal healthcare as the President of the Philippine Alliance of Patient Organizations (PAPO), a necessary coalition that represents over 1 million patients nationwide.

Then, we elected more Fellows in 2014 and 2015. There is Cristina Liamzon of Leadership and Social Entrepreneurship (LSE) for her work in empowering thousands of overseas Filipino workers in 15 cities abroad. Nanay Ines Fernandez of Arguaan was elected for her work in promoting child and maternal nutrition. Kevin Lee of A Single Drop for Safe Water is building systems for water governance by increasing the community’s demand for clean water as well as the government’s ability to provide these services. Kevin is also the lead coordinator of the Humanitarian Response Consortium, responding to humanitarian crises in the country like disasters and conflict. JP Maunes of the Philippine Accessible Disability Services (PADS) was elected for his work with Deaf communities in the country in preventing and reporting abuse, which occurs at 70 percent for deaf women and children. JP is also the team manager for the PADS Dragonboat Team, the first dragonboat team in the country fully-manned by persons with disabilities. They won gold in Hong Kong last year, a first for the Philippines. Then, there’s Laurindo Garcia of the B-Change group for his work in building communities of inclusion across Southeast Asia for members of the LGBTI, persons with disabilities, and ethnic and racial minorities.

I am proud to say that the Ashoka community in the Philippines continues to flourish. This Wednesday, the 21st of February, Ashoka is introducing the 2018 Fellows, three amazing social innovators as they join Ashoka’s global network.

There’s Zhihan Lee of BagoSphere, elected for revolutionizing the last-mile education. Through an innovative 6-month program for out-of-school youths, Zhihan and his organization matches them with employers in high-growth industries. Their current employment rate is at 91%! Amina Evangelista Swanepoel of Roots of Health is empowering women and girls in geographically isolated and disadvantaged areas by providing access to information about reproductive health. And, Bai Rohaniza Sumndad-Usman of Teach Peace Build Peace Movement. Her group is using education as a way to build lasting peace especially for children caught in conflict.

This year, we also have Anna Oposa of Save the Philippine Seas as Ashoka’s 2018 Affiliate. The Ashoka Affiliateship is a one-year mentorship and support program for innovators whose work are in earlier stages.

There is now a total of nine Ashoka Fellows in the country. These are leading social innovators with systems-thinking lens, ethical fiber, and integrity to create positive systemic change. It’s heartening as we continue to find and support more Ashoka Fellows. It validates my faith in our people, that we are innovators, problem-solvers, and changemakers. There is hope.