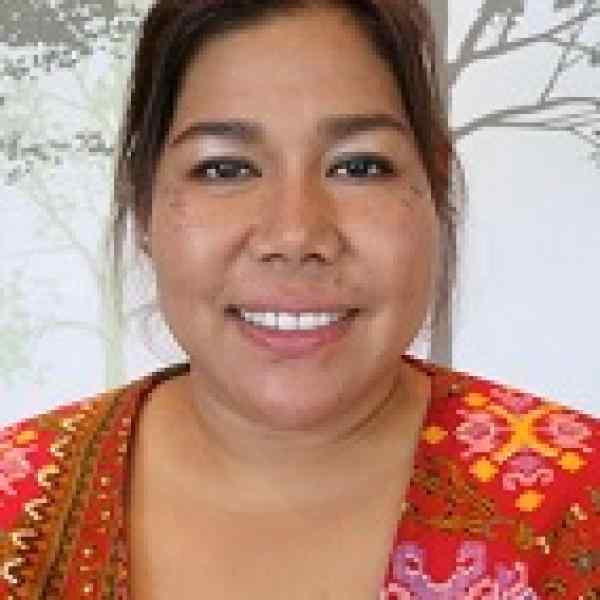 Wannakanok Pohitaedaoh is ending a vicious cycle of violence in southern Thailand by empowering child victims of political violence to become advocates for peace. Wannakanok’s work has reversed the role of young people from marginalized victims and voiceless members of society to become an active taskforce for peace building

In southern Thailand, as in many other armed conflict areas, young people are often targeted as strategic victims to attract public attention. Wannakanok is equipping orphans from political violence with emotional management and leadership skills to steer them away from self-victimization and vengeance. Convinced that relief effort for young victims of violence alone is not sufficient, Wannakanok is establishing a systematic approach to empower youth and breed a new generation of leaders. Using arts and creative activities, she engages both Muslim and Buddhist orphans in healing camps, training them to support one another and lead the young community away from another generation of violence. By creating formal and informal spaces for youth to exercise their leadership skills, Wannakanok is fostering active citizenship among youth and creating a community that stands up for peace. She is also breaking the exclusion and isolation brought by violence by connecting with mainstream media to bridge the gap of information and to mobilize external support to end violence. Her work has reversed the perception of youth from voiceless victims to ambassadors of peace and development.

The three southernmost provinces in Thailand--namely Pattani, Yala and Narathivas-- are the core areas most affected by the armed conflict and political violence since 2004. Children and youth constitute 24.7 per cent of the population of these three provinces, which is higher than the country’s average (20.1). As in many armed conflict areas, these children and youth are targeted as strategic victims to attract public attention. Thai government statistics reveal that the past decade of political violence in the three southern border provinces has turned over 5,000 children into orphans, some of whom have physical disabilities. With geographical distance, distinctive language and religion, children growing up in Southern border provinces had already been facing numerous barriers prior to escalation of the conflict starting in 2004. Violence has further isolated children and youth growing up in these areas from the rest of the country and exacerbated the said challenges. With many acts of political violence target public schools as symbols of the state, education of children in southern Thailand is constantly disrupted as both teachers and students are being targeted. Diminishing safe space for play and creative activities has forced children in the areas to live in constant fear and suspicion. Research shows that children who grow up in war and conflict areas experience chronic stress, depression and other mental disorders. A 2010 study conducted with 3000 children aged 11-18 across Thailand’s three southernmost provinces by Thailand’s Ministry of Health reveals that nearly 22 per cent had Post Traumatic Stress Disorder (PTSD), while nearly 40 per cent showed signs of emotional and behavioral problems including anxiety, loss of confidence, poor attention span, fear and aggression. Yet, addressing PTSD in children in a methodological and systematic manner is not a priority of most public and civil organizations. As a result, child victims who have lost their families to political violence are likely to seek retaliation and are prone to manipulation by different interest groups. Traditional perceptions that children should remain passive members of society further limit the ability of children to explore creative expressions and gain the necessary self-confidence to become active participants in the peace-building process. The rights of the child have often been neglected and disrespected by different groups. Without institutions to protect and heal these children, the vicious cycle of violence will be sustained.

Growing up in a small village in Yala province, where most girls were forced to marry at a young age and were denied access to higher education, Wannakanok has always been determined to demonstrate that gender did not limit her capabilities to work and make a positive difference for her community. Wannakanok’s exceptional leadership and influencing skills shone as early as age 12, when she founded a club for girls who opposed early marriage and sought higher education. All of the club members completed their high school education, a rare opportunity for women in the traditional Muslim communities of southern Thailand. With her strong leadership skills, Wannakanok has been successful in mobilizing other youth in her community to take initiatives to address social issues and improve gender equality. Wannakanok shifted the focus of her work to empower young victims of violence, after discovering that no organization worked to address the trauma and loss experienced by children living in armed conflict, leaving them vulnerable to further abuse and manipulation. In the past decade, Wannakanok herself has lost four siblings from the armed conflict and takes care of her sibling’s orphans, despite continuing life threats against her work. In an environment where leadership is still strongly associated with being male, Wannakanok faces numerous challenges and criticisms based on her gender. Yet, she has become the forefront voice from the south that speaks to the rest of the country. Wannakanok has received numerous national awards in recognition of her work, from both public and private institutions.