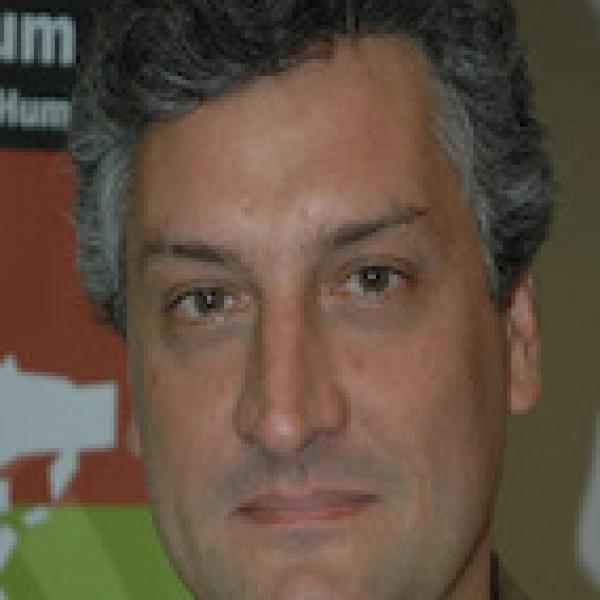 A recognized and respected leader in the area of human rights, Oscar Vilhena Vieira has pioneered the creation of a range of projects and activities in the human rights field both, in Brazil, to ensure that human rights guaranteed in the constitution come to be respected in practice and, at the international level, to change the focus from North-South linkages to South-South dialogue and cooperation.

Over his eventful career, Oscar has led many human rights projects.
His newest project is the Pro Bono Institute, which now involves more than 100 leading attorneys who donate their time to defend the most vulnerable groups who would otherwise have no support. In Brazil Oscar has found ways to make high-impact contributions to public interest law, by using innovative and low-cost techniques and by bringing the concept of corporate volunteerism to a profession that had not been particularly supportive of this cause. An international Pro Bono Conference was organized by the Pro Bono Institute in Sao Paulo in November 2003, with the objective of building enthusiasm and support in the legal community for the practice of voluntary advocacy, especially in countries from the Global South..
However, in the human rights area, there are politically sensitive causes that demand immediate response and that leading law firms are not always able to provide. For this reason, Oscar has created “Article 1”, a justice project that fills this gap with in-house lawyers and which ensures that all important cases, even the most controversial, receive an immediate response; consequently, having significant national and international impact.
Working in several Brazilian states, Oscar focuses on paradigmatic cases—with a very large number of beneficiaries—addressing various categories of vulnerable groups: quilombolas[I] (descendents of communities of escaped slaves);minority groups that are victims of racial and/or gender discrimination and of state violence; child rights, etc. This means that the best legal resources in the country are made available for causes involving the public interest and human rights. Oscar’s project is helping transform jurisprudence and legal culture in key areas of human rights.
Oscar is also the Director of an annual Human Rights Colloquium offering a capacity development program to young leaders in the area of human rights from the Global South -Africa, Latin America, and Asia- working with minority groups in rural areas, disadvantaged regions, and the periphery of big centers. In 2003, following its third edition of the Colloquium, an electronic network, called HRDialogue, was created by Oscar through his organization, CONECTAS, bringing together the 300 former participants. The idea is to strengthen the south-south dialogue and exchange of best practices between small human rights organizations that do much of the day-to-day work but fail to receive the same recognition as given to the larger organizations.
In addition, Oscar is currently coordinating a pioneering project called SUR- Human Rights University Network- involving the creation of a network of professors in the area of human rights from the Southern hemisphere. Created in São Paulo in 2002, this network has brought together more than 90 professors, who have participated in meetings in Brazil, South Africa and Chile, and established a common platform of action. In February 2003, in cooperation with Columbia University in New York, Oscar organized a Seminar on the Activities of the United Nations High Commission for Human Rights. The principal objectives of SUR are to create a voice for current thinking about human rights and social justice in the Southern hemisphere, and to support and develop human rights teaching and research in the universities, as well as promoting cross-fertilization between universities, civil society organizations and UN agencies. To this end, a home page site (www.surnet.org ) to host a databank of academic programs, research, and CVs of specialists in human rights and a trilingual academic journal –online and in print- were created (www.surjournal.org). Oscar is also contributing to the creation of Sur nodes in Africa and Latin America based on his strategy of working through networks
In the future, Oscar intends to invest in legal aid services in universities and encourage the more than 500 law schools to support human rights work. Today they provide legal services only for simple cases and not in a manner that supports long-term collective changes.

In Brazil and many other countries, especially in the developing world, human rights are applied in an absolutely unequal manner, partly as a result of the extremes of wealth and poverty that characterize these societies, but also because of the weakness of the legal infrastructure and services that reach the most vulnerable groups. Another problem is the lack of a culture that demands respect for human rights.
Oscar has a broad-ranging vision of the problem of human rights. For him, the ultimate goal of human rights is the preservation of human dignity, and no end, however valuable, ever justifies violating human rights.
Given the moral assumption that all persons have equal value and should be accorded equal respect, independently of who they are, how they act, what they think. Oscar believes that there is a universal and reciprocal obligation of respect for the human rights of all persons.
Another major goal of human rights is to decrease violence, and increase social inclusion and human dignity. Oscar is convinced that respect for human rights is the best way to promote the peaceful resolution of conflicts and to promote democracy and the rule of law. There is a need to move Brazil toward a fairer society based on the foundations of this way of seeing and acting.

In 2001 Oscar created CONECTAS, an organization with the mission of strengthening initiatives in the area of human rights and international cooperation. Oscar has taken the lead in coordinating an annual Capacity Building Colloquium in Human Rights, since 2001, to share experiences and provide training for young activists and organizations in more than 30 countries from the Southern hemisphere and to strengthen the voice of universities in the area of human rights and social justice.
CONECTAS works in partnership with the network Human Rights Dialogue, which brings together more than 300 former participants to the Colloquium representing hundreds of entities in the Southern hemisphere, including ABONG and the Centro de Voluntariado. These activities are carried out in close cooperation with UNESCO, UNOUNDPUNOHCHR, UNICEF and the UN Foundation. Oscar’s international human rights network will facilitate the exchange of information and encourage cooperation initiatives to strengthen the human rights movement throughout the southern hemisphere. Through electronic means, small human rights organizations can reach all interested parties.
Within CONECTAS, Oscar created the innovative Pro Bono Institute, one of the highest impact organizations in Brazil’s Third Sector. The institute has the potential to transform the application of law, enabling it to make a contribution to the social area and human rights more specifically. His strategy is to seek out the best legal resources in the country for public interest law causes, with leading lawyers committed to pro bono work to ensure high quality support and a positive impact for society as a whole.
Over the long term, Oscar believes that he will put the Pro Bono Institute on a sustainable footing and contribute to a new level of corporate social responsibility through the engagement of large and small law firms and the successful impact on Brazilian jurisprudence.

Oscar was born on a farm in Paraibuna, in the state of São Paulo, and lived there until he was seven. He became involved in political issues at a young age through the influence of his father, a “Montorista” (supporter of Franco Montoro, a leader of the Brazilian opposition during the military regime and major political figure during the democratization process) who always argued for a reform of the institutions.
He went to study at university in São Paulo at the same time that his father entered the new democratic government of São Paulo, with the objective of reforming the police, which at that moment meant wiping out corruption and violence. For Oscar, this environment of political reform has played a key role in his decision to focus his activities on human rights.
Not an outstanding student until entering graduate school, Oscar began taking his studies more seriously during his master’s degree work at Columbia Law School in New York, and his doctorate in political science from the University of Sao Paulo (USP). Both his masters’ thesis and doctoral dissertation received the highest honors.
Since his undergraduate years he has worked and lectured in the area of human rights and constitutional rights. Oscar believes that the combination of his very rural and free childhood, the discipline of sports (basketball and swimming), along with his theoretical training and political involvements, have contributed to his professional capacity and the development of his projects.
In 1993, Oscar began working as a public attorney. In 1997 Oscar was appointed Director of the Latin American Institution of the United Nations for Crime Prevention and Treatment of Offenders (ILANUD). This was his first experience administering an organization. With a small team, he was able in a short time to have a significant influence on the debate about security in Brazil. In 2002, Oscar left ILANUD to found the two related organizations, the Pro Bono Institute and CONECTAS Human Rights. In 2003, he also coordinated the Human Rights University Network, SUR.
Besides being a social entrepreneur, Oscar has never left the academy. He started a lecturer in human rights and constitutional law at the Catholic University of Sao Paulo (PUC-SP) in 1990, and is since 2003, Professor in the newly created Law School of Fundação Getulio Vargas in Sao Paulo.