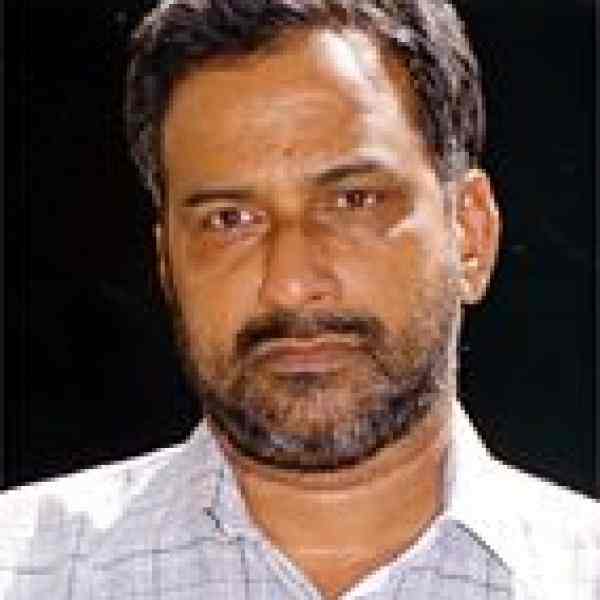 M. V. Mathew is organizing communities in India to address violations of human rights. By building local coalitions and educating citizens on constitutional and legal protections, Mathew is teaching communities how to become public advocates and effectively access legal representation.

Mathew's program works to enhance people's levels of awareness, empowering even those living in India's remote areas to take control of their own rights. Mathew's broad view draws support from many groups of people, linking a basic human rights agenda to compelling local issues like consumer product safety and protection from police abuse.
His organization, NOCER (the National Organization for Consumer Education and Research), builds coalitions and publishes information to increase attention and involvement for current issues. NOCER's trainings, direct organizing, and publications inform citizens on a wide array of legal protections guaranteed under Indian law. To continue fostering a culture of political awareness and advocacy, NOCER has built a decentralized network of multipurpose centers to enhance work relating to human rights. The centers provide legal aid, serve as an alternative&#150;intermediary&#150;dispute settlement forum, and advocate on a wide variety of social issues that affect the lives of smaller urban and rural communities. The ultimate aim of NOCER's work is to empower local communities by equipping them with necessary legal expertise to solve issues affecting them.

The Indian Constitution and legal system contain an assortment of human rights protections for Indian citizens. However, despite the formal structure of the Indian legal system, actual legal protections are remote or difficult to attain. Without effective citizen organizations human rights violations go unchecked, and the general public is prevented from accessing important legal guarantees provided under Indian law.
The problem is acute in rural areas where illiteracy is prevalent. People do not know where to turn to address their problems. And government or citizen organizations have not given sufficient attention to issues like police abuse, domestic violence, and the increasing suicide rate.

Through NOCER, Mathew has used a combination of approaches, from community organizing to massive publication efforts, both to link human rights with consumer rights and to inform a large portion of the general public. Designed to cover 90 percent of the geographical area in Kerala through its district and subdistrict units, the strategy has now found its way throughout the country. Committees have been trained to address political and bureaucratic misconduct, police abuse, resource conflicts and displacement, high suicide rates among the poor, abortion, breast-feeding, traffic safety, and road accidents.
Because NOCER has developed a strong reputation for assisting with topics of local importance, local groups contact the organization with specific concerns and interests. NOCER responds by sending a representative with appropriate information. Coordinators are responsible for helping form village advocacy committees to address issues like health, education, gender, environment, and income generation. Coordinators also function as trainers who are trained by volunteer resource persons, including retired teachers, nurses, doctors, community healthcare workers, bureaucrats, lawyers, and police officers.
The NOCER training method offers 11 different training modules&#150;both in-house and on-the-job&#150;for customized learning. The training is offered to volunteers who have joined in concern over human rights issues and other constituents like local school and college students. Topics covered in the trainings include the Indian Constitution (fundamental rights), consumer protection laws, suicide prevention, drug abuse, and how to launch a citizen organization. The training serves to help institutionalize the committees and make them self-reliant. Once committees are formed, they determine their own agenda, whether it be advocating for better electricity or telephone service from local authorities, protesting abuse of police authority, or helping settle disputes arising from traffic accidents. The committees help citizens access legal services, provide informal dispute resolution centers, and offer a forum in which advocacy of local authorities can take place. Committee memberships cut across caste, communal, and religious lines.
NOCER also focuses significant attention on publications to spread information on current issues. Mathew's publishing effort has actually resulted in NOCER acquiring a printing press. By writing, publishing, and co-publishing large numbers of books, pamphlets, journals, magazines, and newsletters, Mathew reaches out to all parts of the state and the country. A number of organizations, including the local church diocese and some United Nations agencies, sometimes support publication costs. The printing press itself offers an opportunity for women in difficulty to receive training.
NOCER works in conjunction with other grassroots groups that have similar human rights agendas within the state and outside. Together, they organize protests through jathas/yatras (long walks/marches) across the states, build local activism, and increase public awareness on issues of importance to average citizens. As an example, Mathew is establishing centers at the site where tailors and barbers work, and in turn, is rallying support for a pension system for tailors.
Finding itself present in national bodies, NOCER is now able to voice its concerns and issues nationally. NOCER has been elected as a member of the Consumer Coordination Council and has added the Breast-Feeding Network of India and the Family Planning Association of India to its membership.
Mathew's success with NOCER has inspired more people to become involved and allowed the organization to expand. Some individuals are beginning to donate land for its centers, while Mathew has developed a new microcredit banking system, Kutumbh Nidhi. An email response system for legal advice is taking care of the general legal queries. NOCER India is facilitating the support of the Sharjah Malyalee Association to those diseased and disabled. Counseling programs for drug abuse, mental health, and family relationships have been devised, and a loom center supporting 40 women has been launched.

Mathew is the eldest of 11 children who grew up in humble circumstances surrounded by poverty. Along with his father, Mathew shouldered much of the responsibility for his family at an early age. Through much determination, he was able to obtain an education and qualify as a civil engineer in his 20s. In the early 1980s, Mathew resigned from government service because his job did not pay enough to support a family. He became a civil contractor for building construction in Kerala. Mathew enjoyed considerable success at his new job for six years but experienced a traumatic incident when a construction site collapsed, killing several workers. The incident so shook him that he gave up his involvement in commercial enterprise.
In early 1988 the Bishop of Mathew's diocese asked him to organize the workers in the cashew nut industry who were in conflict with the government. Mathew's dedication resulted not only in the unionization of the cashew workers but also in a change in the federal law to enable workers enough autonomy and freedom to sell at their own prices. Previously, the government had insisted growers sell to government purchasing agents at a below-market price for export overseas. This initial success helped to inspire Mathew to dedicate and commit himself to social justice causes. He began a long process of educating himself in the legal and human rights field, a process that continues to this day.
Mathew has given up his own house in Edoor to establish it as a Snehsadaram, a home for women having difficulties. Two of his four children studying law are now managing the email service for people seeking legal advice. Both Mathew and his wife travel long distances to keep the centers motivated. Mathew spends most of his nights traveling so that he can reach destinations during the workday when he can be of value to people.