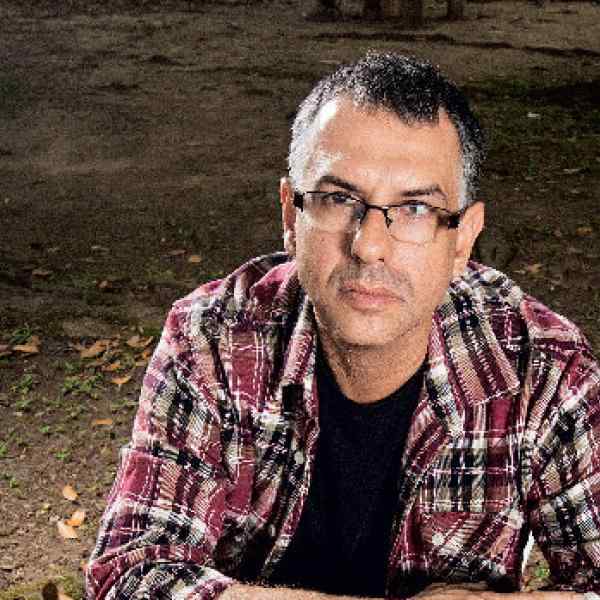 In an effort to counter the rising industrialization of organic agriculture, Laércio Meirelles has developed a participatory approach to organic certification, placing greater control in the hands of small-scale farmers.

Due to increasing consumer consciousness and growing fears about the environmental and social impact of conventional agriculture, demand for organic agriculture has taken off in recent years. Paradoxically, however, the small-scale farmers for whom the organic movement was created have found it increasingly difficult to compete with their corporate counterparts in the face of such high demand. Laércio has introduced an alternative model to organic certification, which he calls Participatory Guarantee Systems (SPGs), combining regular peer-led visits with frequent training programs. These programs—together with legislative reform and efforts to build consumer awareness—aim to empower rural small-scale farmers and to increase their access to the market. Laércio is working to eliminate the burdensome rules and many complexities that distinguish certification in one country from another, and to replace them instead with a more unified approach that incorporates the shared insights and best practices of farmers from across Brazil, the Americas, and beyond. Having already implemented the model in the South of Brazil, Peru, and Bolivia, Laércio is working to secure international legitimacy, building a powerful cohort of farmers and allies in the field. By enabling an ever-growing number of farmers to take advantage of consumer demand, he thus aims to popularize organic agriculture, transforming what was once merely a niche market into a powerful new standard for sustainable and economically productive agriculture.

In 1958, the world’s population stood at 2.9 billion people. Today, that number has reached a staggering 6.7 billion. That growth—and the corresponding increases in life expectancy that accompanied it—were made possible by the powerful advances of the Green Revolution. With its introduction of high-yielding varieties, chemical fertilizers, and improved irrigation, the Green Revolution signified a stunning achievement in human ingenuity, enabling cereal yields to more than double between 1960 and 1985. It has become increasingly evident, however, that these improvements came with considerable social and environmental costs. In the first place, the rise of industrialized agriculture has made small-scale farmers increasingly obsolete, as farms are now concentrated in the hands of a few, large-scale farming entities. This, in turn, has contributed to a mass migration of people and capital out of the rural sector, as farming families are no longer able to compete. It has long been argued that these costs to small-scale farmers are offset by increased food yields. Yet these arguments, too, are increasingly doubtful. Industrial farming relies on tillage and heavy chemical inputs that lead to declining soil fertility and an ever-greater need for more land. Moreover, such practices release carbon and nitrogen oxide into the air, making large-scale farming a major contributor to global warming. When taken together, these costs reveal a diminishing advantage for corn and other highly intensive industrial crops: A loss masked by traditional conceptions of farming productivity as purely a measurement of output/area. While it was once possible to support a family with just eight hectares of farmland, the loss in productivity has rendered this impossible. There is growing evidence that in the long-term, organic production can deliver much of the same overall productivity as conventional agriculture, without its environmental and human costs. Yet numerous bottlenecks have prevented organic agriculture from achieving extensive spread, leading most consumers to consider it merely a niche market. The current certification process has become one major obstacle, as it is extremely time-consuming and costly to small-scale farmers, with rules that often have little bearing on consumers’ interests or farmers' needs. Indeed, many poorly educated rural farmers whose traditional growing methods are inherently organic lack the knowledge and expertise to meet certifiers’ demands. The system is further complicated by the lack of standardization from country to country. Currently, all Latin American certification companies follow the dictates of their European counterparts, which are often irrelevant to the continent’s small-scale organic producers. Such measures are highly inefficient and fundamentally out of step with the worldview of the organic movement, which advocates a more local and sustainable approach to food production and consumption. Finally, in large part to the rise of corporate markets like Whole Foods and Wal-Mart, there has been a divergence between the Buy Local and Buy Organic movements. As a result, today’s organic agriculture has increasingly come to resemble its industrial counterpart and the very system it was created to combat.

From the outset, Laércio understood that the successful rollout of alternative certification would depend on three critical pieces: Securing producer and consumer acceptance of organic agriculture as a reasonable alternative to its conventional counterpart; acquiring legal recognition for participatory certification; and finally, garnering enough international legitimacy to encourage more widespread adoption. In developing the process itself, Laércio’s first priority was to give small-scale farmers a direct say in what constituted high-quality organic production. Secondly, he aimed to ensure consumer confidence by maintaining high standards and ongoing accountability. His certification process thus incorporates a combination of knowledge sharing and regular renewals. To maintain up-to-date standards, the SPG certifiers, all of whom are farmers from the same region, typically visit farms on at least a yearly basis, though vegetable farming and a few other more intensive crops demand more frequent inspections. Farmers then sign a document each year, certifying that they have maintained wholly organic practices. These visits are supplemented with regular trainings, ensuring even greater accountability. The farming communities develop business and management skills, creating an ever-widening knowledge network. This group approach to certifying organics has proven to be a remarkably effective tool for trust-building, generating self-confidence, and challenging participants to better understand the problems and market forces at work in their lives. In an effort to restore the fading ties between the local and organic movements, Laércio prioritizes selling the certified products of the small-scale farmers in his network to local fairs and specialty food stores. By using local fairs to secure a viable income for farmers, Laercio is then better positioned to negotiate with larger chains, including Wal-Mart and Rede Ecovida in Southern Brazil. In so doing, he ultimately aims to build a bridge between small producers and the market, believing that the market can be shaped to reflect the movement's ideals. Yet even those along the chain of production who would like to support SPGs are subject to the regulations of their respective governments; indeed, cloth manufacturers outside of Brazil, who would otherwise support the certification approach, are unable to import organically produced, SPG-certified cotton. A major piece of Laércio’s work is thus to influence legislation, helping the Brazilian government create, for example, its first law and set of norms to address organic agriculture that incorporate alternative certification measures. Initially told that alternative certification—while interesting—was an idea with limited suitability to other contexts, Laércio sought early on to confer international legitimacy to the idea. In 2002, he began organizing an international seminar to discuss various approaches to alternative certification. Held in April 2004 in his own town, the seminar brought together representatives from twenty-one countries and all six major continents. His goal was to build a network of committed experts in the field, gathering together those with experience in alternative certification with those who could serve as key change agents, including two conventional certifiers from Italy and Sweden who were both receptive to the idea. It was here that Laércio first introduced the term “Participatory Guarantee System,” or SPG. The meeting marked the creation of an international working group, which went on to adopt his use of the term “participatory system,” and began collecting practices and methodologies used in organic production around the world. Serving as its Latin American representative, Laércio helped form an “Ethical Committee” to monitor the process and guarantee quality, serving as its official Advisor. At the recent World Conference on Organic Agriculture held in Italy in 2008, Laércio received requests from a number of countries to take the SPG model elsewhere. With the majority of these requests coming from similarly situated countries in Africa and Asia, this growing demand has the potential to achieve global credibility and to influence European law. Already, Laércio is beginning to attract interest from European lawmakers, and is developing a set of allies among European national governments. Indeed, two members of the EU Commission on Agriculture have already pledged their support, and there has been an emerging backlash in Italy, Spain, and Sweden against the growing complexity and inefficiencies of EU certification. A core element of his spread strategy is thus to create an environment of mutual learning, using shared insights from around the world to establish a new and unified approach to credentializing small-scale agriculture. Each of these strategies is designed to work toward a single goal: Namely, to alter the fundamental agricultural paradigm by supplanting conventional agriculture with organic farming. To date, Laércio has successfully urged the governments of Brazil, Chile, Bolivia, and Costa Rica to accept his certification system. There are currently pending legislative drafts that would likewise accept SPG-certified agricultural products in Uruguay, Peru, El Salvador, and Paraguay. Yet acquiring legal recognition is only one of many steps: He is now working to adapt the SPG model to the contextual needs of farming regions in the North and the Northeast, and to concurrently influence policies in “buyers’ regions,” like Europe and the U.S. Already, he has become the central force in effecting such changes across the Americas, developing a host of partnerships with related international COs, including the Swedish Nutrition Foundation and International Friends of the Earth, and has begun more recently to work with the Brazilian oil company, Petrobras, on a “Zero Hunger” scheme. His participatory certification scheme and his unique approach to spreading it, moreover, can serve as a valuable tool for legitimizing other locally based fields. Indeed, he is currently in talks to sell the SPG methodology to the Fair Trade Movement, and hopes to devote more of his time in the coming years to spreading the SPG approach globally.

Laércio grew up in a city outside Rio de Janeiro, and spent each summer with his grandparents on their farm in the countryside. It was there that he learned to milk cows and grow rice, and to engage in related farming pursuits. In addition to his resulting interest in rural agriculture, Laércio was profoundly committed to issues of social justice from a young age, having regularly accompanied his mother to the favelas outside Rio, where she worked as a volunteer. Drawn to the tranquility of rural life, he chose to break from his parents’ path and to instead study agronomy at a leading university in Brazil. He spent his first two years preparing to work with conventional methods, but found himself increasingly interested in alternative approaches to agriculture. Wanting to work directly with small-scale farmers, he found that the organic movement best aligned with his emerging worldview and vision for modern-day agriculture.Upon graduation, he began working in Parana on a state-run rural development scheme. When a new state administration took over in 1986, however, Laércio was forbidden from working in organic agriculture, and he quickly moved to the southern state of Rio Grande do Sul, well-known as the cradle of Brazil’s environmental movement. He began working with Ashoka Fellow Maria José Guazzelli and her pilot project, Vacaria—a laboratory farm that later became Centro Ecológico Ipê. There, he and two fellow agronomists were able to institute several leading innovations that had already demonstrated success in the U.K., Germany, and Australia. Over time, he began to transition into a more social role, and took over as head of the organization. He ultimately became a recognized leader in organic agriculture, serving as a vocal critic of standard certification. Compelled to seek an alternative, however, he began experimenting with other options for certification in 1999, serving as the basis for the SPG methodology.