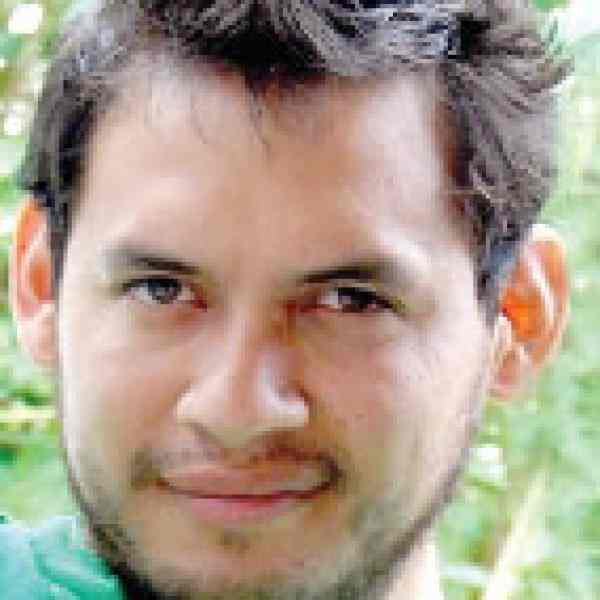 Jorge is creating a new institutional base from which university students can engage with government and the issue of transparency in governance, with institutions, and with each other in all twenty-five regions of Peru. Through a national network of university watchdog groups, he is paving the way for public university students to reach their untapped potential as one of Peru’s most important resources for development. Student watchdog groups monitor the performance of both university administrations and local governments using Peru’s new transparency laws to generate constructive debate. It is a mechanism for creating islands of competence for students to voice concern about the way the universities are run and about conditions outside the university. In the process, students transform the way public universities are viewed in society, positioning public universities (and their students) as political thought leaders, and learning invaluable job skills. They also build networks and contacts to institutions outside the university that will enable them to find jobs and become committed citizens in their professional lives.
In a fragmented Peruvian society, Jorge uses his ability and zeal to create bridges for university students in civil society. He forges new relationships between university students and their communities and local governments, between public and private university students, and between universities and the private sector at a time when the private sector is interested to collaborate with universities.
Jorge is piloting a model in the University of San Marcos in Lima, Peru’s largest public university, which he will replicate in all thirty-five public universities in Peru. This begins with a selection process to identify students who share the vision of the “Observatorio Universitario.” Using connections to each other through the Internet and to professionals, students build competence in three areas: The informed analysis of the use of public resources; the creation of networks that have previously been reserved for students from private universities; and, the construction of a new public university institution.

In the past several decades in Peru, public universities have been corrupted in powerful ways. State money intended for research, professors’ salaries, and university infrastructure, often disappears. Decision-making control within the universities is the target of dirty political jostling. Student positions on the powerful University Council, for example, which is composed by a third of administrators, a third of professors, and a third of students, are won through false electoral campaigns that promise “free lunch”, may be marked by blackmail, and are often openly violent confrontations. Student Council members generally owe favors to the political organizations and factions that won them their positions.
The history of University of San Marcos in Lima is emblematic of the political struggles that are largely responsible for the situation of today’s public universities. With a student body numbering almost 30,000, San Marcos was a powerful infiltration point for violent political groups, like the Shining Path, that espoused a leftist ideology. During the 1980s and 1990s, San Marcos was crippled by violent student uprisings and university takeovers, all for the political ends of warring factions. This history has resulted in widespread public disregard for public universities—and cost them the role they played as leaders in public and political discourse and analysis. Public university students suffer from the corruption and poor reputation of public universities.
Students graduating from the thirty-five public universities in Peru cannot compete in the job market with students from private universities. Because of the poor quality of education in public universities, they often lack both technical and basic job skills. And just as importantly, they do not have the networks of private university students that are essential to find jobs. Often public university students are the first generation in working class families to attend university. A strong division has arisen between public universities and private universities, which are growing in number and power, and control many education networks including the Ministry of Education. Improved public universities would create competition for private universities, so the elite controlling them have no interest in promoting better public education.
Neither citizens nor students recognize that it is their tax money paying for, and being abused by, public universities. That the public is neither aware of nor interested in holding public universities accountable for producing quality professionals is just one facet of the fragmentation that pervades Peruvian society. A 2003 report by Peru’s Truth and Justice Commission—created to investigate political events of the past two decades, including Shining Path activities and human rights violations of the Fujimori regime— documents the division between citizens and their government, socioeconomic classes, and geographic areas.
Public university students are an underestimated and underutilized resource for Peru. They have not developed the competence to have a voice in Peruvian society, and their potential role in societal change has been suppressed by a history of violent student movements, continuing political factions, and a lack of knowledge or information about the world external to their universities. At the same time, because public university students are uniquely positioned in urban and rural regions throughout Peru, they could offer a solution to the urgent need for quality professionals outside the capital due to the recent decentralization of government and growth of the private sector.

Jorge grew up in a middle-class family in Lima. As a child, he was aware of the effect of his government’s corruption, and he avidly read newspapers and followed current events. A known troublemaker but a good student at an elite private high school, Jorge chose to study law at the public University of San Marcos. It was a different choice from his peers, who all attended private universities. Later, the friendships he maintained with his high school classmates would enable him to uniquely bridge the two distinct worlds of public and private universities.
In 2000 Jorge entered the University of San Marcos at a time when Peru’s President, Fujimori, had ordered a constant presence of military troops to suppress terrorist activity on campus. Jorge was quickly drawn in to student protests against military presence, and soon became a leader of a 15-day student “toma” (takeover) of the university. In a telling decision, Jorge asked failed opponent in the election for student leader to join him as vice president; to unite and strengthen the divided student movement.
As time passed, Jorge became disenchanted with the student movement that continued its protests and tomas despite Fujimori’s compliance with student demands. Jorge began to realize that there were groups outside the university who manipulated students to behave violently to make their presence felt politically. He refused pressure from his peers to join the University Administration Council as a student representative, because he saw that students elected to these positions inevitably participated in the corrupt power struggles within the university. Instead, Jorge sought other ways to pursue his passion for promoting human rights: He joined Amnesty International, an organization helping Colombian refugees and the National Truth and Justice Commission. He was shocked to learn while working with the Commission of the important political role that the University of San Marcos had played as a hotbed of terrorist activity and violent protests—a history little known by his peers.
In response to San Marcos students’ ignorance of their university’s past, Jorge founded the Movimiento Sanmarquino por la Verdad or San Marcos Movement for Truth (MSV) in 2004. He wanted to transform the inward focus of students into a concern with Peruvian history, society, and politics, and he joined MSV to a national network of organizations working against political violence. At first, MSV was attacked by leftist student groups who felt threatened by it, but later these groups were forced by its popularity to incorporate human rights concerns into their rhetoric. Though Jorge left MSV when he graduated, it continues to be a strong student movement at San Marcos University.
At university, Jorge made friends with students from a variety of backgrounds, particularly the burgeoning slums surrounding Lima. Occasionally, he visited their families, whose warmth and hospitality touched him profoundly. He learned about a completely different and complex reality within his city.
After graduating in 2005 Jorge and some friends founded Proyecto Coherencia or Project Coherence, to continue to address what he calls “the university problem.” Project Coherence works to build bridges between students from public and private universities by joining them in projects, usually political in nature, and also builds student leadership.
In 2006 Jorge applied and was chosen to serve as the legal representative of the National Election Committee monitoring the three-month presidential elections in the rural region of Ayacucho (historical home of the Shining Path movement). He learned much about political polarization and violence and how false electoral campaign promises affect rural people.
Jorge returned to Universidad Coherente to spearhead the project, “Lupa 180” named after a magnifying glass in which students monitored the central government’s compliance with its campaign promises. He published the results on the Internet using the easy-to-understand symbols of red, yellow, and green lights. The media picked up Lupa 180, and the Prime Minister was forced to write a public answer to the concerns raised by the youth organization. Jorge’s current idea stems in part from his desire to bring the success of Lupa 180 to the level of local governments through student monitoring throughout Peru.