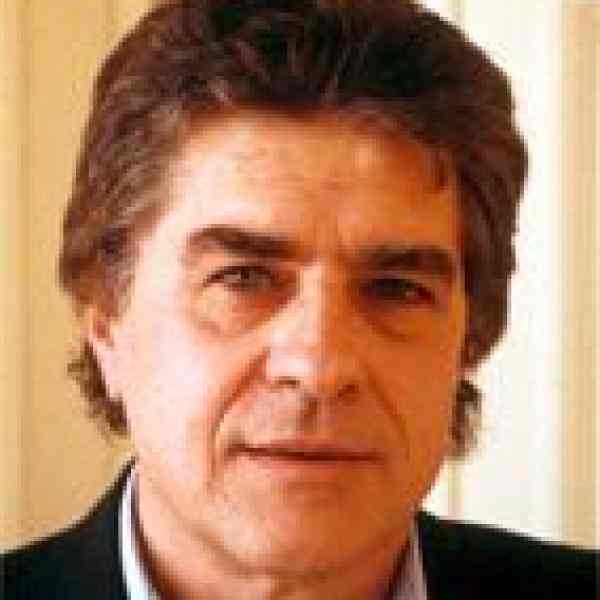 Jorge Strada uses music to fill the lives of elderly people in Argentina with a newfound sense of purpose while challenging people of all ages to view aging from a new perspective.

A psychologist and music teacher by training, Jorge is demonstrating that the stereotypes of aging can be debunked when older citizens learn productive skills, express themselves through music and art, and interact with children in mutual learning environments. By showing the elderly how to assemble and play special musical instruments and how to teach others to do the same, Jorge provides a forum for social reintegration, creative expression, improvement of self-esteem, maintenance of cognitive skills, and a rekindled enthusiasm for life. Moreover, young people and adults of all ages who watch as their grandparents, parents, neighbors, and friends participate in this unique activity, come away with a new respect for the elderly and a diminished fear of aging.

While modern medicine has made great strides in alleviating the physiological repercussions of aging and has lengthened the average lifespan, the emotional and psychological burdens of old age remain. Growing old is commonly accompanied by depression, loneliness, a decreased sense of purpose, increased dependence on others, and social marginalization. In Argentina, aging is looked upon with a disparaging blend of fear, resentment, and disdain. Social taboos prevent public or private entities from assuming responsibility to improve the quality of life for the nation's elderly. As younger generations look towards their older counterparts, they see nothing appealing about aging.$150 per month. Not only does this meager allowance create financial problems when medicines and other health services are needed, but it also restricts the elderly's ability to live independently, travel, attend cultural events, and otherwise enjoy their final years of life. People who were once healthy and able become depressed and sedentary for lack of financial resources and in the absence of activities that are both mentally and socially engaging. In Argentina and in so many other countries of Latin America and the world, there is a tremendous need to rethink the options available to the population as it ages and find new ways to integrate older people into productive and satisfying activities.

Eager to address the detrimental social effects of aging among the seniors of Mar del Plata, Jorge launched his first Papelnonos orchestra in 1989. Papelnonos is a combination of the Spanish word for paper and Italian slang for grandparents. Through workshops and courses, participants learn how to construct and play paper instruments and how to teach others, of all ages, to do the same. The orchestra performs compositions, written by Jorge, that focus on themes of aging gracefully, at various community venues and events for young and old alike.As the program has received media coverage and its popularity has grown, Jorge has expanded its scope of activities. Jorge worked with Mar del Plata's seniors to stock and maintain two new public libraries devoted to information about aging and music, including books written by and music recorded by the Papelnonos. In early 2000, Jorge wrote and published the novella Angelo Bello and Old Age, based on his experiences in working with the elderly, to further promote values of respect and activity throughout Argentina's seniors' community. The novella, which is distributed free-of-charge through civil society organizations across the country, accompanies a comprehensive guide to facilitate dialogues on aging and promote integration of the elderly into social activities.In 1998, Jorge founded the Papelnonos Institute for Human Development, designed as a response to the needs of aging populations in Argentina and abroad. The Institute helps adapt the Mar del Plata model for use in other communities, lending infrastructure for operations, programming, financing, outreach, and marketing. Jorge conducts workshops for elder care professionals and civil society organizations and holds seminars on seniors' contributions to and place within contemporary society. Today, more than eight thousand older Argentines participate in orchestras of Jorge's model, while the Institute directly and indirectly impacts hundreds of thousands more throughout South America. As a result, Papelnonos is now also being promoted as a peacemaking activity, linking communities in conflict through music and respect for the aged. During recent years, Jorge has been working with the Israeli-Argentine Association to promote peacemaking through thirty-three Jewish senior centers in the Middle East.

As a child, Jorge spent hours on end at a neighborhood club called The XXV, named for the twenty-five grandfathers who founded it. He fondly remembers learning how to play bocci under their patient tutelage, even representing the seniors' club at local tournaments. At age fourteen, Jorge started a bocci newsletter dedicated to his elderly friends and composed The XXV Club theme song, a symbol of his gratitude to his adopted grandfathers. Jorge also traces his passion for working with the elderly to memories of his grandfather, who was bedridden for most of his later years. Jorge recalls the man's ongoing desire to express himself and find meaning in his existence, despite his condition. He remembers his grandfather writing poems, making up songs, and drawing countryside scenes. After finishing his military service and studies in psychology, Jorge settled in the seaside city of Mar del Plata, where one of his first assignments as professor of psychology involved supervising a high school students' study of the elderly in that community. The study resulted in the creation of Argentina's first University for the Elderly in 1983. Six years later, Jorge launched Papelnonos while continuing to teach both psychology and music. Shortly thereafter, he retired his professorship to dedicate himself to the Papelnonos program, developing its six areas of creative expression through art and music, public education on aging, research into productivity in later life, training in the use of computers, instruction on nutrition and psychology for seniors, and recreational activities including camping and tourism. Jorge plans to continue his work with the Papelnonos for years to come, after which he will join them in their travelling orchestra.