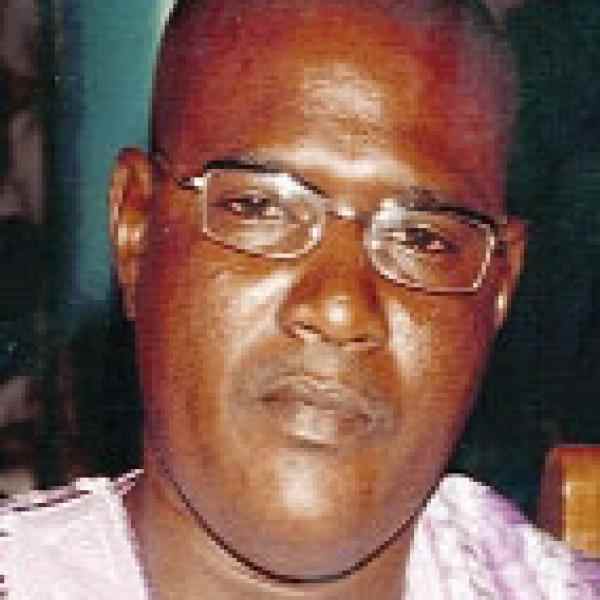 Ibrahima Sory Diallo is strengthening safeguards in mining laws, curbing environmental abuses, and mobilizing civil society to regulate Senegal’s growing mining industry. His goal is to remediate and protect groundwater and safeguard the health of local populations in mining areas. Since Senegal has no experience regulating the modern mining industry, Ibrahima believes it is not enough to call attention to various abuses—true reform instead requires a step-by-step approach incorporating government, business, and civil society. Ibrahima is beginning to achieve landmark victories with the government through his organization, La Lumière.

Due to a lack of government regulation, Senegal’s growing mining industry continues to pollute groundwater and violate international labor rights. Rather than tackle individual abuses on a case-by-case basis, Ibrahima is creating an industry that is transparent, regulated, and respectful of the needs of citizens. To this end, he has initiated a three-way consultation process between government, civil society, and mining representatives to improve conditions in the mining areas.
To ensure that improvements are carried out, Ibrahima has mobilized students and professional groups to act as watchdogs over the industry. These partnerships produced a report that has led to major changes in the government Mining Code. The groups will continue to provide research on a range of technical and economic subjects, focusing on regular public updates on the conditions in Senegal’s mining areas, as well as the global mining industry as whole.
Ibrahima’s organization, La Lumière, also collaborates with citizen groups in neighboring countries to create a common international approach to the mining industry. Because several nearby countries have a longer history with mining, Senegal has been pressured to relax restrictions on its own industry to remain competitive. Ibrahima recognizes that a unified international policy will ultimately be essential if true reform is to take place.

With the global price of minerals on the rise in recent years, mining companies have expanded their operations into previously marginal areas. Since 2000, the Senegalese government has awarded mining concessions for the extraction of marble, iron, and gold—the first concessions in the government’s history. Unfortunately, it did so without input from citizen organizations (COs) or assessment of the potential environmental impacts of the proposed activities.
The mines are located in Tambacounda, a sparsely populated, arid region of southeastern Senegal, along the border with Mali and Guinea. Mining requires considerable amounts of water. Efforts by the companies to tap groundwater aquifers has polluted nearby water supplies, and in some cases, made water completely unavailable to the local people. In addition to the health risks caused by depleted water sources, this development has forced much of the local population to leave their villages and cross into Mali and Guinea. As a result of the widespread displacement, considerable conflict has erupted throughout the region.

Ibrahima begins by collecting valuable information to detail the effects of the region’s mining activities. His techniques include investigative journalism and scientific assessments of the mines’ impact on underground aquifers. In 2004, he and a coalition of citizen groups published the first of La Lumière’s reports on the mining sector. Though the mining companies had declined an invitation to participate in the study, the final report triggered changes in the existing Mining Code, and led to regular talks between the mining industry, the government, and various citizen groups. To quickly combat the industry’s worst practices, including the use of child labor, Ibrahima has mobilized a wide variety of groups both locally and nationally to pressure the government to directly intervene. At the same time, they urge the government to alter its approach to permit either new concessions or increased activity within existing mining projects. Thanks to their efforts, the government has agreed that each new concession will be subject to a comprehensive environmental assessment led by a third party.
Because his work depends so heavily on citizen action, Ibrahima actively encourages local women and youth groups to get involved. To this end, he has established several women’s credit groups that focus explicitly on securing their involvement in efforts to safeguard and strengthen their communities. Finally, Ibrahima has partnered with Oxfam and related agencies to create a regional coalition of citizen groups active in the field. He is currently developing the legal tools to help such organizations contest activities by the mining industry in court, should the need arise.
He has also begun a process of consulting citizen groups in neighboring countries to create a more unified approach to the mining industry, avoiding a “race to the bottom” as governments relax restrictions to attract mining investment.

Ibrahima was born in Tambacounda. After becoming a teacher at the age of nineteen to support his family, he served as a leading student organizer for a Socialist-leaning political organization. But with little interest in pursuing party affairs, he left the organization to create La Lumière in 1999. La Lumière began with a primary focus on child development, addressing some of the needs he encountered during his travels throughout the country. Its programs included childcare services for the large number of domestic servants forced into prostitution, and support services for street children and young victims of abuse living in Tambacounda.
In 2002, Ibrahima was investigating the cases of several children living in a remote area known for its traditional gold mining. He was immediately struck by the emergence of industrial gold mining, and the harmful impact it was having on the local population. Leaving the ongoing service delivery to others in his organization, Ibrahima devoted his energy to the problems created by the mining industry, and reoriented the activities of La Lumière accordingly.