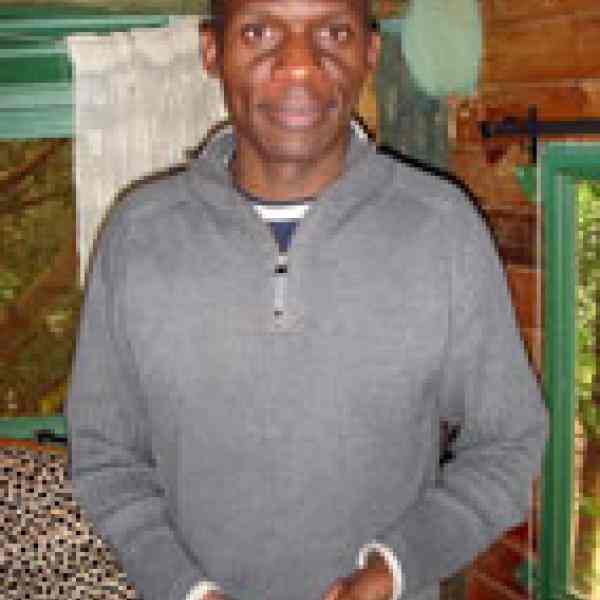 Collins Apuoyo is protecting the environment by safely collecting, storing, and reusing used oil that is otherwise dumped in rivers or uninhabited land in Kenya. Through a creative financing model, he has turned his project into a vehicle for economic development, by providing mechanics and disadvantaged communities with access to loans they can use to improve their small businesses.

One of the most intractable environmental challenges Kenya faces stems from used oil dumping. From large oil companies to small-scale mechanics, polluters take advantage of weak laws to dump used oil in environmentally sensitive areas with no consequence. Through his credit for safe collection of used oil program, Collins proposes a proactive solution which essentially transforms polluters from irresponsible dumpers to protectors of the environment.

Collins has developed a system to guarantee safe collection, storage and reuse of used oil. His program is built on an incentive scheme that initially targets thousands of small-scale mechanics operating in slums in Kenya to participate in his oil-for-credit program. This program collects liters of oil in exchange for cash rewards or loans which mechanics can then use to improve their businesses. These oil banks then feed into a central collection point from which companies that depend on used oil for production can purchase it.

By seizing the opportunity to turn an income from safely collecting used oil, the program has quickly spread throughout informal settlements in slum populations, turning what was once a hazard into a vehicle for economical development and environmental protection.

Each year Kenya produces about 13 million liters of used oil from roughly 40 million liters of new oil. Such a large amount of extremely toxic waste requires a well-planned mechanism for storage and safe disposal. Unfortunately, most used oil is dumped in sewers or used as material in road construction. Even more alarming is the fact that most of this dangerous waste is dumped into various rivers that many slum communities depend on, such as the Ngong River, which runs through the Mukuru slums in Nairobi, providing nearly 5,000 households and an estimated 50,000 people with water.

Ninety-one percent of used oil dumped in Kenyan rivers is extracted from car engines by auto mechanics working along numerous rivers throughout the country. Over 2,000 auto garages operate along the Ngong River, and mechanics can freely discard used oil at their own convenience, facing no regulations that govern environmentally safe disposal. These acts result in extensive damage to aquatic life, as well as human health. One liter of carelessly discarded used oil can contaminate 500,000 liters of water in just one year, and since oil is non-biodegradable, its negative impact is long-lasting.

The poor handling of used oil is not limited to small garages. In fact, the problem is exacerbated by large scale dumpers, the most notorious of which are fuel stations. Though they mostly dump used oil in areas that are uninhabited by people, the pollutants devastate the environment and spread contaminants.

The government has neither developed policies nor interventions to address this crisis, primarily because informal garages and mechanics operate in poor neighborhoods where governance structures are nebulous and environmental policies are not enforced. The few programs in place to protect the environment fail to address the economic interests of the communities that are primarily responsible for dumping. Existing anti-dumping programs aimed at mechanics do not provide adequate incentives to practice proper storage and disposal of used oil, and in some cases, programs seek to abolish informal garages altogether, essentially economically alienating these members of society.

Programs and policies such as the Environment Management and Coordination Act of 1999 provide effective mechanisms for disposing used oil, however they are very costly for mechanics to implement. Research has shown that these expensive methods have resulted in roughly 99 percent of used oil being handled in unsafe or unknown ways.

Collins started his program by recruiting mechanics from ten garages in an oil-for-credit program where he would pay them for every liter of oil they collected. Used oil was placed a plastic drum in each of the garages with an agreement that payment would only be made after a drum is filled. After just one week eight of the ten drums were filled, but the mechanics had many reservations, including security issues and the general feeling that the cash they received for each drum did not match the work they put into collecting it. To address these concerns, Collins expanded his program, supplementing the direct cash payments with business loans, and providing additional safeguards for the participants.

Collins’ improved program replaced the previous small cash payments with loans from his organization, Enterprise Professional Services (EPS) that amounted to nearly three times what the mechanics would have received previously. To qualify for the loan, a mechanic is required to collect three drums of used oil, and they have the option to repay the loan with either cash or simply more used oil.

Mechanics use these loans to improve their workspaces, acquire new equipment, and build shelters for additional security. Since 2003, funds from EPS have supported 230 mechanics with 200 taking loans to improve their garages. The loan program has been extremely successful with mechanics, who report that they earn an extra US$15 a week from their used oil. News of the success of this income generation program has spread swiftly within the slum communities, and currently eighty-three slum households have taken loans in the program, using the additional money in various capacities including to pay tuition fees, burial fees, and to start their own small businesses.

Collins program has been very successful in creating a low cost system that both protects the environment and improves the economic status of mechanics and households along the river. To date, the program has collected over 259,000 liters of used oil and given over US$30,000 in credit to mechanics and slum households along the river in Mukuru. But the question still remains: what does Collins do with all that discarded oil?

In his research, Collins learned of heavy manufacturing companies in Kenya that rely on used oil in their production processes. EPS has created partnerships with these companies to purchase the used oil collected from the mechanics and slum households. A fraction of the proceeds from the sale goes towards covering EPS’ operation costs, while the rest is reinvested into a credit fund to provide financing for loans in the program. The used oil EPS collects is sold only to ethical companies that are not engaged in activities that harm either the environment or human life.

In 2004, Collins expanded his reach by starting a training program on environmental conservation, to raise awareness among mechanics and slum households about the dangers of irresponsibly dumping used oil, the importance of protecting the environment, and the skills necessary in oil handling. Collins also trains participants on business and credit management, as to ensure the success of the loans he provides. It is now a prerequisite that those who wish to participate in the credit for safe collection of used oil program must attend all trainings.

This entrepreneurial spirit is evident in his career both in the private, public and citizen sectors. In 1993, Collins was employed as a teacher of business studies in a secondary school, where he quickly rose to head the department of business education. There he helped to start up a small business centre that trained students and local business community in small business management.

In his most recent project, Collins has combined his love for nature with his entrepreneurial mind to develop a program dedicated to the safe collection of used oil. In 2005, Collins was recognized by the World Bank for his innovation in protecting the environment. In 2006, Collins also received recognition for his work from the UN Habitat and Dubai International Award for Best Practice in Improving the Living Environment.