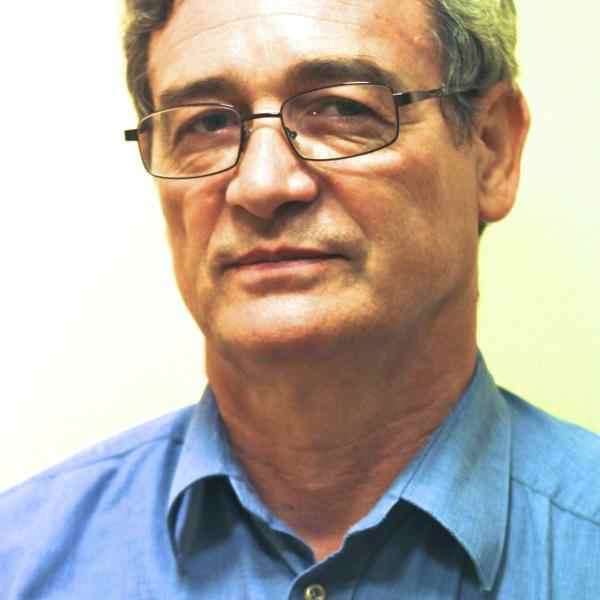 András Szabó is showing at-risk youth how to help themselves and their peers develop values, self-reliance, and confidence. The cost-effective, peer-to-peer network he has formed uses volunteerism to help young people in Hungary pave a productive path for themselves.

András is helping young people who are in trouble turn their lives around through a program of volunteering and peer mentoring. In 1992 András established Kapocs Youth Self-Help Services as a means of early prevention and community building. The Kapocs method is unique, as peer volunteers actively seek out at-risk youth, rather than waiting for them to get into trouble with authorities. By creating a natural, comfortable environment where young people can bond, the peer network takes the place of traditional preaching about important issues like drugs and violence, thus opening doors for more effective communication. Young people involved with Kapocs are able to access tools and develop strategies that allow them to solve their own problems.

András offers his programs and services in an attractive venue. "Culture houses"–once state-run community centers used during the Communist era–are now underused public spaces that attract groups of teenagers. By working from the culture houses, András is able to reach young people in their own environment where they are more comfortable and receptive to his message. The centers have evolved into places where homeless, drug-addicted, or simply neglected youth can meet and overcome many of their problems in a supportive environment. Children, teenagers, and young adults find everything from emergency medical assistance to peer counseling to job training. Also, to build their sense of self-worth and reconnect with society, participants create and manage volunteer service programs.

Increasingly, teenagers in Hungary see their futures overwhelmed with seemingly insurmountable problems: economic hardship, chemical addiction, crime, lack of trust by society, and parental aggression and violence. Many young people strike out on their own to avoid undesirable or violent home situations. In Budapest alone, there are 150,000 homeless children and young people. It is estimated that as many as 300,000 young people in Hungary are either living on the streets or alienated from their families. Even for those from intact homes, apathy prevails and many young people feel desperate, rather than hopeful, as they look to their futures.

Volunteerism in communist times was obligatory. People were forced to work on Saturdays, called Communist Saturdays. After the political changes necessitated people having to earn a living, volunteerism became unpopular. However, in the past few years, volunteerism is seeing a comeback.

Kapocs does not serve young people; instead, it shows Hungary's youth how to help, mentor, and trust each other. András provides instructions, offers alternatives, and organizes preventive tasks and activities for participating youth. Working from the culture houses that often serve as venues for music concerts and other events that attract young people, András is seeking out those who need help. The convenient, well-known locations also avoid the stigma represented by a more formal or clinical environment that could prevent many young people from seeking help. To provide more safe and supportive environments, András has developed a one-year Kapocs training program aimed at helping reach people in culture houses throughout the Hungarian Training Institute's Methods Class. Some culture houses in the countryside have already adopted parts of the Kapocs program.

Initially, András targeted young people with no family or school ties and with no employment possibilities. Typically, members of this demographic of 200,000 are unemployed and homeless, and often they have developed chemical addictions.

Kapocs provides information on social and health care services and offers individual counseling. Participating youth are trained to help their peers in several ways: by clarifying the level of involvement in Kapocs' work; by developing communication and other concrete skills; by identifying problems and design solutions; by receiving specific cases to follow and report on; and by developing conflict resolution skills. Volunteers assist and follow up in medical and psychological crises, by helping patients after drug or alcohol overdose; by finding shelter in winter for the homeless; and by responding to the crisis hotline.

Kapocs continues to encourage the motivated and trained youth to change not only their lives but also their environments. Young people returning to school organize meetings and discussions about drugs and other important issues. Schools also invite Kapocs to conduct drug prevention discussions.

Kapocs relies on group techniques and sessions of therapy and training. The first meeting, held in 1993, focused on the topic of youth protection at large concerts in Budapest and has developed into one of Kapocs's most important activities. Participants also ensure emergency help at music festivals in the countryside in summer. Young people have also chosen several target groups to focus on. One group called Blue Bird works to help the disabled and organizes donation activity and distributes clothes to organizations responsible for the poor and others in need.

In 1994 András started the Kapocs Summer Work and Information Service to help young people develop job skills and obtain employment. In 2000 over 3,000 young people received jobs through the service. Focusing on self-sustainability, András started entrepreneurial activities in cooperation with the Life Path Foundation by which young people are encouraged to establish their own businesses, e.g., baby-sitting and emergency repair assistance.

To ensure broad social change, András has worked out training programs for college students based on the principles and norms of Kapocs. The aim is to transform current social services into those that provide self-help and peer-help for clients. He teaches in several higher education institutions to ensure that future professionals, cultural managers, social workers, and psychologists have practical experience and fieldwork in Kapocs.

Kapocs also creates publications and engages the media to raise awareness and keep interest high. The organization prints 100,000 booklets on topics like drugs, abortion, and employment to distribute among target groups, professionals, and state officials. Participating youth have also added 100 of their own poems. Kapocs also brings its messages to the airwaves, producing a radio program called Kapocs Peer Help Magazine on the Civil Radio every two weeks. So far, 150 programs have aired.

Through an Internet conference, Kapocs joined the Fourth World movement, an umbrella organization caring for youth at risk. To strengthen the idea of volunteerism and to ensure wider recognition and understanding, András wants to establish a methodology center targeting other citizen-led groups. He will organize training programs for volunteers and civil society organizations and increase the number of organizations working with volunteers. The center plans to implement different methods of established programs, including Home Basic and Big Brothers, Big Sisters.

Initially financed from grants by Soros and other foundations, Kapocs was included in the Budapest Council budget after the program gained recognition. When the cultural center accepted Kapocs in their basic activities, the program gained a new and stable source of support. András also receives state funding for certain programs. As the support base for Kapocs increases, András can institutionalize his program development. András is spreading his ideas through the Prime Minister's Office where he works as a counselor. He has established strong relationships and collaborations both with the Ministry of Youth and Sport and with its European partner, the Mobility Foundation.

András is a graduate youth club leader, theater director, and Novell supervisor. He has studied different cultures, trying to help members of minority groups. András has received several youth awards for his activities and has integrated theater methods into social work. In the 1980s he participated in the founding of the National Children and Youth Foundation. While working at the foundation, András headed development tasks, creating the Information and Youth Database and a professional library. Being a state official, he supported a new educational reform and designed ELAR, the Integral Civil Data Service System, which helped in planning the state and also featured problems for youth and unemployment.

He is one of the founders of the Hungarian Youth Development Association and was the invited member in the Drug Prevention Working Group of the Inter-ministerial Committee of Drug Affairs between 1992 and 1995. András has been a member of the Entrepreneurial Counseling Board at the Life Path Foundation and has worked as an external counselor for the Children and Youth Coordination Council of the Prime Minister's Office since 1997. That same year he received Soros and UNESCO awards for writing the book Such are the Boys, Such are the Girls.